On this day 10 years ago the Ospreys defeated tomorrow night’s opponents. Clermont Auvergne, in a Heineken Cup clash at the Liberty Stadium.

The Ospreys team included current Rugby General Manager at tight head while Head Coach, Steve Tandy, was on the bench and replaced Richie Pugh at the end of the first quarter. 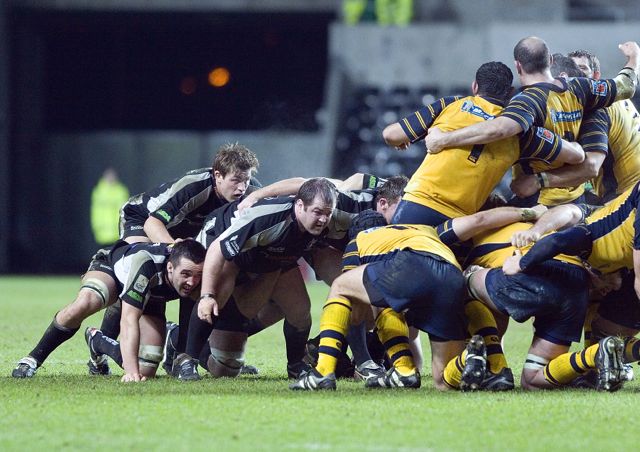 The boot of Cashmore put the Ospreys into an early lead before Jonathan Thomas hacked a loose ball forward for Mustoe to race through and score the opening try.

Clermont responded through a Pierre-Manuel Garcia try, converted by Craig McMullen, only for Cashmore to then send over former Springbok Terblanche just before the break before adding the conversion which meant the home team headed down the tunnel with a 20-7 lead.

After the break an unconverted Elvis Vermeulen try was sandwiched by two more Cashmore penalties as the Ospreys secured a comfortable victory against our opponents on Friday night.

You can buy tickets for the 2016 version of Ospreys v Clermont Auvergne now by clicking here – if you opt to print at home there is no admin fee applicable for this game so save money and beat the matchday queues.