The state of the Anglo-Welsh Cup

Saturday’s win over Bristol at the Bridgend Ford Brewery Field means that the Ospreys head to the Ricoh Arena on Sunday to face Wasps in contention for a semi-final spot in the Anglo-Welsh Cup.

The dramatic 20-14 win left the Ospreys in second place in Pool 2, level on points with leaders Exeter Chiefs, both on 10 points with just one round of fixtures remaining.

In a tight pool, all four teams can still qualify, with Sale Sharks one point behind the top two, while Worcester Warriors in fourth spot are on six points.

A competition with a unique structure that sees the four teams from one pool facing four teams from an opposing pool, the qualification scenario on the final day can prove tricky to work out, but we’ll do the best to untangle it for you. 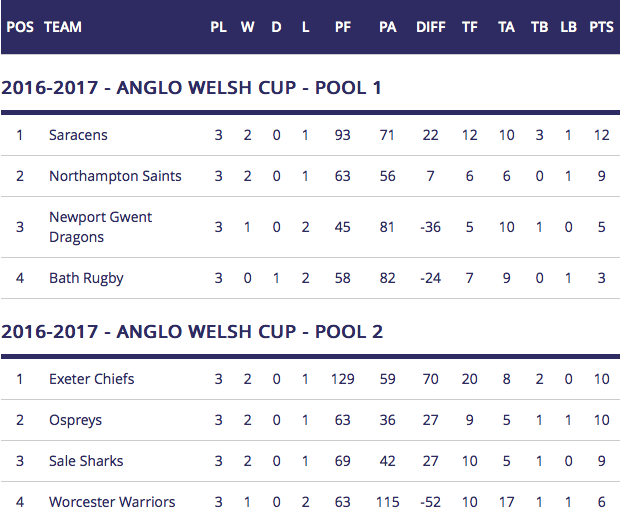 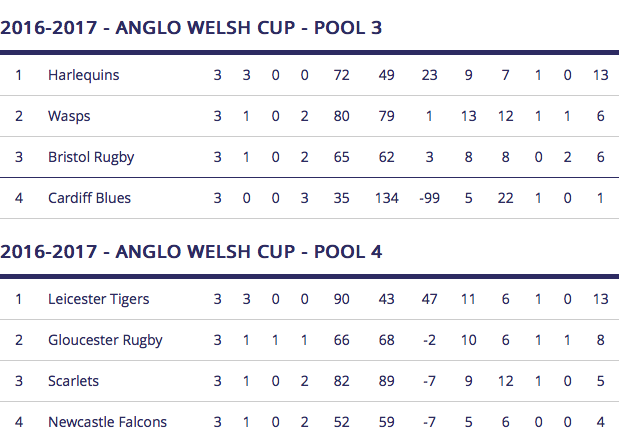 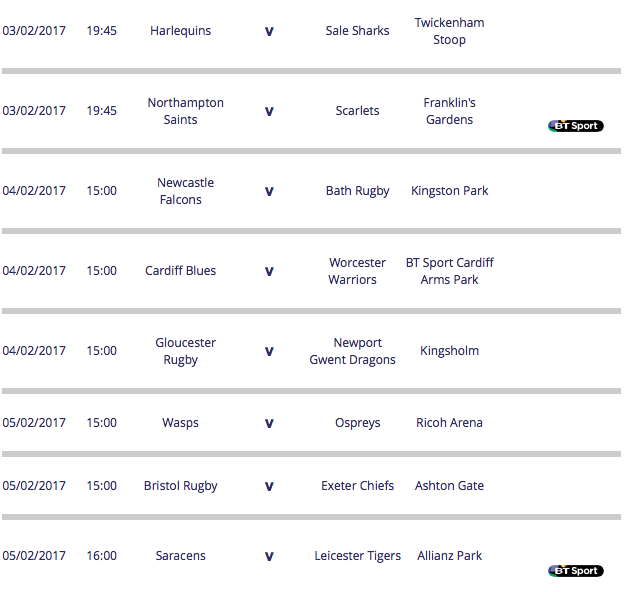 How Does Qualification Work?

In terms of fixtures which could impact on the Ospreys, Pool 2 rivals Sale kick-off the weekend’s action, traveling to face Harlequins at Twickenham Stoop on Friday (7.45pm KO). Unbeaten with three wins from three, including a 15-12 victory over the Ospreys in November, Quins have already booked their place in the last four as they lead Pool 3 by seven points.

The weekend reaches a climax on Sunday afternoon, with Wasps v Ospreys at the Ricoh Arena and Bristol v Exeter Chiefs at Ashton Gate both kicking off at 3pm. After the action earlier in the weekend we’ll know by Sunday exactly what the story is in terms of qualification and will update you accordingly.

Wasps v Ospreys is NOT ON TV so the only way that you can follow the game if you aren’t heading to the Midlands is via our social media channels and website, where we will bring you all the build-up, in game updates and post-match reaction.

Tickets for the game are on sale directly from Wasps, starting at £12 for adults with U10s free in many categories. Get your tickets now here…