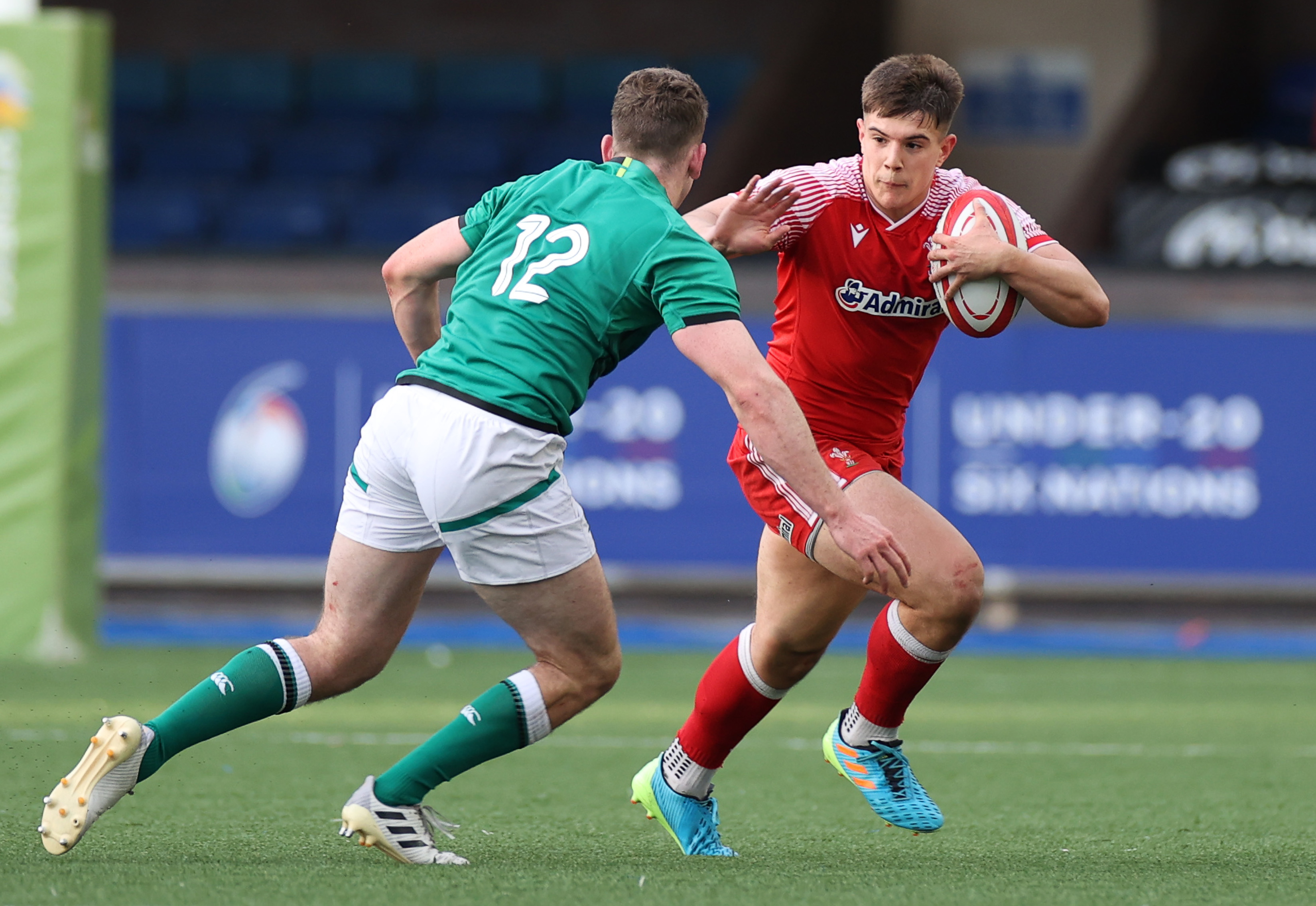 Six Ospreys Named In Wales U20 Squad To Face France

Wales head coach Ioan Cunningham has named his side to play France at Cardiff Arms Park tomorrow in the third round of the U20 Six Nations (KO 5pm, LIVE S4C).

There are eight changes in total to the starting line-up which suffered defeat against Ireland in the second round.

Ospreys winger Tom Florence, centre Eddie James (Scarlets) and halfbacks Will Reed (Dragons) and Ethan Lloyd (Cardiff Rugby) get their first starts of the campaign in a freshened up backline while forwards Oli Burrows (Exeter Chiefs), Lewys Jones (Nevers), James Fender (Ospreys) and Christ Tshiunza are all elevated from the bench to make their first starts as well.

Cunningham has rewarded the efforts of players who came on against Ireland in what proved a fruitless task.

“It’s a chance to give guys an opportunity plus we also felt the guys who came off the bench against Ireland made an impact so they get an opportunity to get a starting shirt. With the nature of the competition, it’s a chance to just freshen things up and give guys who have not had many minutes in their legs start – hopefully, they have got more energy and they can start the game well and the bench can come on and finish it off.”

A number of players have put their hands up in training and Cunningham is eager to give them a chance to shine.

“Guys like Oli Burrows, James Fender, Christ Tshiunza and Will Reed have been very good in the environment, helping the team prepare and they deserve that opportunity to get a starting shirt,” he said.

Cunningham has no qualms playing Tshiunza in the unfamiliar role of blindside flanker as he believes he has the skillset to cope playing out of his comfort zone in the second row.

“We are playing him at six because we want to get him on the field and we want to have a good line-out so with Dafydd [Jenkins], James [Fender] and Christ involved, it gives us a good line-out and there are some good athletes in there. Christ is very athletic so he can cover the six position and it’s an opportunity for him to go from minute one really.”

Wales are expecting the French to come fully loaded after they rested a number of key players for their second round clash against Italy.

“If you look at the table, we are both close to each other with a win each so if you look at the games remaining, then this is a big one really. I expect them to come out with their strongest team,” explained Cunningham.

“They are a very good side with exceptional talented players and possess big forwards who are athletic but they also have got electric backs. If you are not on your game you can get punished and the scoreboard can climb up quite quickly so that is another challenge for our group to see how we respond from the Ireland game and take the learnings from it and hopefully turn it around in a short space of time.”

The Welsh camp remain upbeat for the encounter, despite slipping to a heavy loss against Ireland.

“This is a great development/learning competition at the moment, we are seeing guys developing quickly and learning quickly and hopefully it will show in years to come. They are going to be the future of Wales rugby in four or five years’ time,” explained Cunningham.

“I spoke to the Irish coaches after the game and they said they were a year older across the board and to put that into context, [second row] Dafydd Jenkins’ first 80 minute game of rugby was against Italy – before that he had only played 70 minutes in schoolboy rugby so when you suddenly put that into the picture you realise, give it a year and we’ll have a very good team as a number of these guys will be returning next year.”