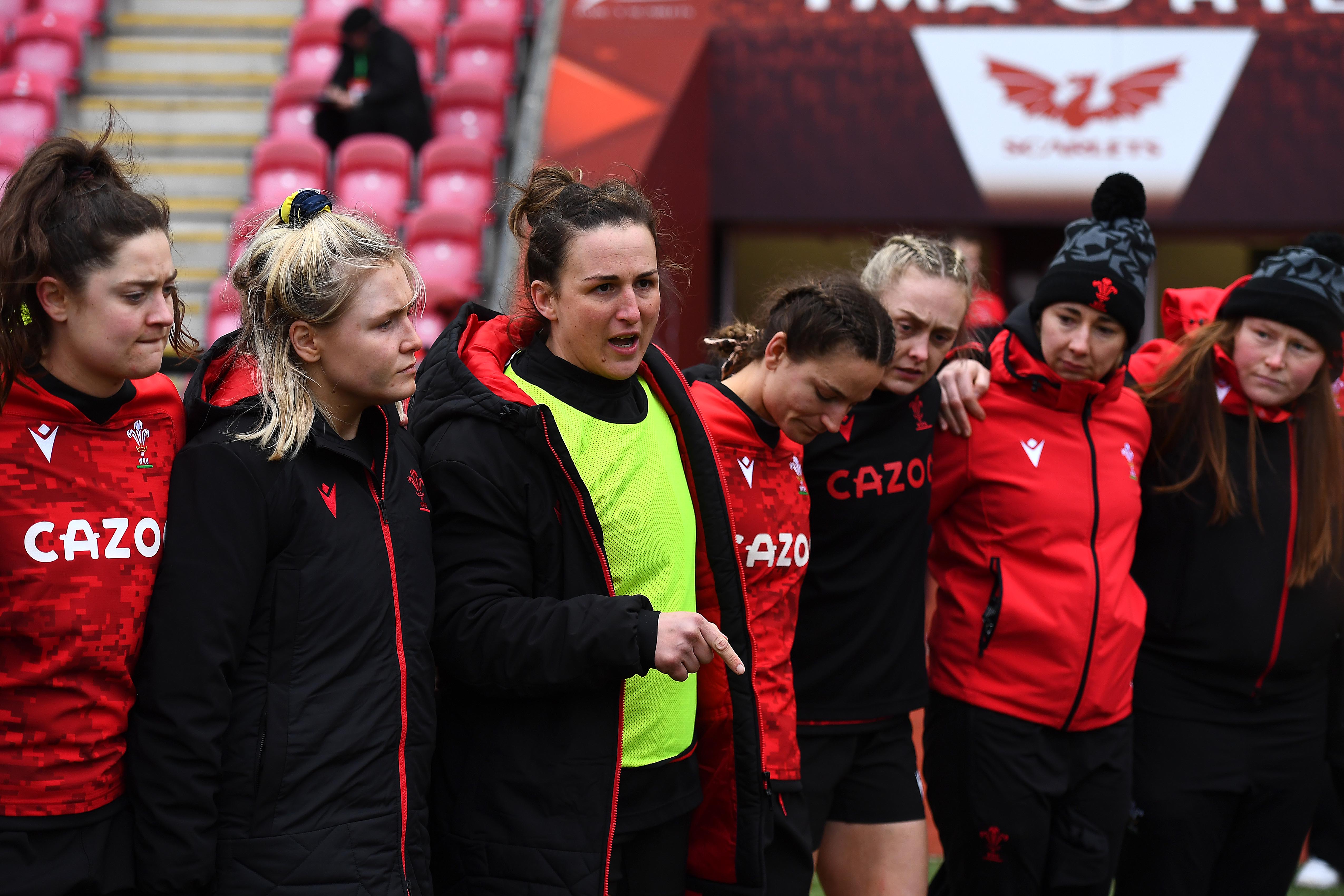 Siwan Lillicrap leads the squad which includes six uncapped players including Ospreys' Lowri Norkett who turned out for Wales in the warm-up match against USA Falcons last Saturday.

The squad also sees returns to the Wales squad for Kayleigh Powell, Kelsey Jones and Gemma Rowland who missed large parts of last year due to injury, Lleucu George, whose last cap was against England in March 2020 and Sioned Harries who hasn’t featured since November 2019.

Cunningham said, “The game against USA Falcons on Saturday was a great exercise ahead of squad selection, we are pleased with the strength in depth within the squad given the tough challenge that is the Tik Tok Women’s Six Nations. To start with Ireland away, Scotland at home and then the world champions England on their own turf over three consecutive weekend will certainly test us but also give us the chance to develop as individuals and as a group and we are relishing the challenge.

“Kayleigh Powell and Sisilia Tuipulotu have been excellent additions to the group since taking up retainer contracts, they have continued to progress in that time and we are excited to see how they go in the Six Nations.

“In terms of the uncapped players, centre Lowri Norkett has made a positive impact in training and against the USA while Emma Swords is a very smart scrum-half we’ve been following at Harlequins for a while and we like what she brings to the environment. Emma Hennessy shows some real exciting attacking ability on the wing, bringing her into the environment will only help her get better. Jenni Scoble and Liliana have been excellent for Llandaff North, they are both great athletes in their respective positions (prop and lock).

“It’s great to have Kelsey and Gemma back and to have Sioned on board with her experience will be a huge asset.”

“We are pleased Lleucu has accepted a retainer contract. Her skills and potential are huge and with the Rugby World Cup around the corner, the additional contact time will help her to progress on all levels.”

WRU Performance Director Nigel Walker reflected on the progress made in the past six months.

“Our aim from the outset has been clear – to create a world class international programme that is competitive on the world stage. We aren’t quite there yet but huge strides have already been made in a relatively short time. With the addition of Lleucu to the group, we now have 24 contracted players training within a professional programme. The environment we are creating around them will continue to evolve to a situation where the players will have everything elite athletes need to perform at the highest level. There will be further appointments in the coming weeks to support this.

“In terms of the pathway, the Under 18 regional and international set-up is established with Liza Burgess and her newly appointed coaching team preparing a squad for a new Under 18 Six Nations festival in Edinburgh next month and plans are underway to get the Under 20 pathway in place ready for next season.

“Below that, the community team have increased opportunities for girls both in education and within the Female Hubs around Wales – alongside WRU development centres to identify and nurture talent.

“A strategy group is meeting regularly to develop a women and girls’ strategy and we will update further on that in due course.

“We won’t rest while changes need to be made but we are satisfied with the sustainable measures we have put in place.”

Go to wru.wales/w6n <https://www.eticketing.co.uk/cardiffrugby/Events>  to watch Wales Women at home in the TikTok Women’s Six Nations