Season membership numbers for 2017/18 edged close to 5,000 and within touching distance of last year’s final total after a busy week in the build up to last Saturday’s earlybird deadline.

With more than two months still to go before Bath visit the Liberty Stadium in mid-August for a Canterbury Cup clash, the number already signed up ahead of the coming season is double where it was at the same time last year.

This comes on the back of a third consecutive season of rising crowds at the Liberty Stadium, with a Guinness PRO12 average for 2016/17 of 9,026.

The remaining handful of existing members still to renew have until Saturday to secure their current seat, from just £150 for a standard adult membership.

Ospreys management have declared themselves “delighted” at the response from supporters, the combination of early sign-ups and continued sales activity indicating the total will continue to rise over the coming months with the number of supporters signing up for the first time also providing huge encouragement.

“We had a huge week of sales ahead of the earlybird deadline and are delighted with the way season membership sales have gone so far this summer.

“There has been a fantastic response from supporters. Season membership sales are a hugely important part of the business plan and, as always, we have worked hard to ensure they receive a great deal to reward them for their ongoing support.

“To be close to passing last season’s final number so early in the summer is extremely encouraging, as is the fact that we have also seen a considerable number of new season members signing up as well. That particular figure is tracking ahead of last year so we would expect to see that number continuing to grow.

“Traditionally, June tends to be a month when our supporters minds may we on other things than the Ospreys. However, this summer, with four of our players on Lions duty and a sizable contingent including exciting young talent currently with the Welsh squad, then we are remaining front and centre in people’s minds.

“That can only be a positive for us as more supporters recognise that they can watch these players in action regularly at the Liberty Stadium, representing their region, and they want to be a part of that on a matchday.”

Season memberships are available to buy now, from the Liberty Stadium and online at www.ospreysrugby.com/2017membership , priced from just £150 for existing members or £165 for new memberships. 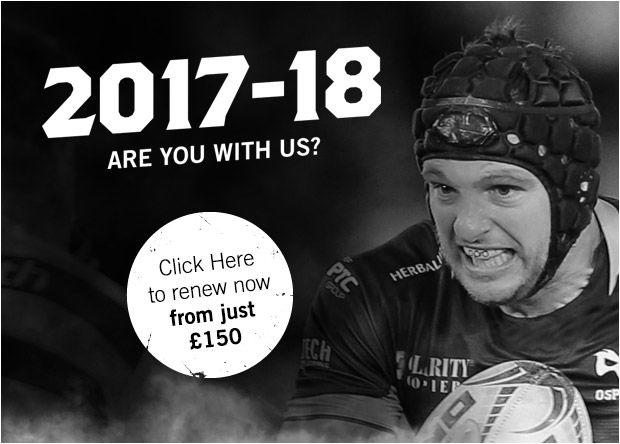