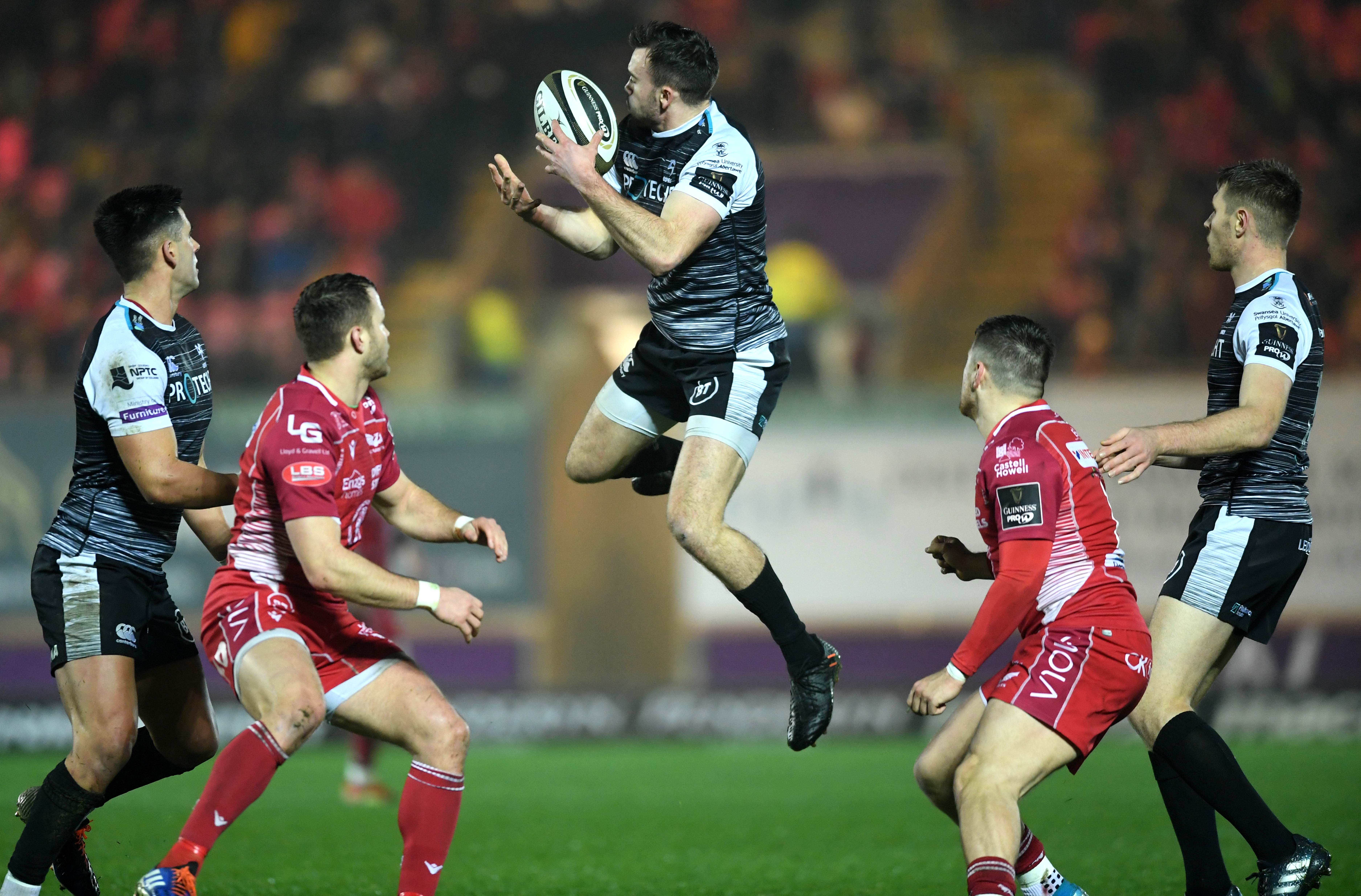 It was almost a packed house at Parc y Scarlets on Thursday evening as the Ospreys travelled to Llanelli for the second derby of the Christmas period.

Carl Hogg, Forwards Coach
"It's difficult, but that's the challenge of sport. It's easy to be on script when you're winning and things are going well, but it's about character when things aren't."

It was just 3-0 at the end of the first quarter but tries by wingers Steff Evans and Ryan Conbeer, converted by fullback Leigh Halfpenny, along with a second penalty goal, gave the hosts a 20-0 lead at the interval.

The floodgates opened in the second half however, with Luke Morgan receiving a yellow card for a high tackle, and wingers Evans and Conbeer crossed for another try apiece before the hour. Scrumhalf Kieran Hardy and Josh Macleod added their names to the scoresheet, both converted to take the Scarlets' score up to 44.

In the final moments of the game, it seemed as if the Ospreys would cross for a consolation score. Lock Jake Ball and prop Werner Kruger were both shown a yellow card for illegally collapsing the driving maul, and ultimately preventing the visitors from crossing the line. Frustratingly, the ball was lost as the Ospreys gave one last effort to cross the line, and referee Craig Evans brought the game to its conclusion.

Justin Tipuric
“As you can imagine…It’s tough. We need to work hard and pull ourselves out of this difficult situation. We know we need to perform better than we did tonight.”

The Ospreys will now focus on regrouping and will look ahead to the trip to Rodney Parade to face the Dragons in their first game of 2020.