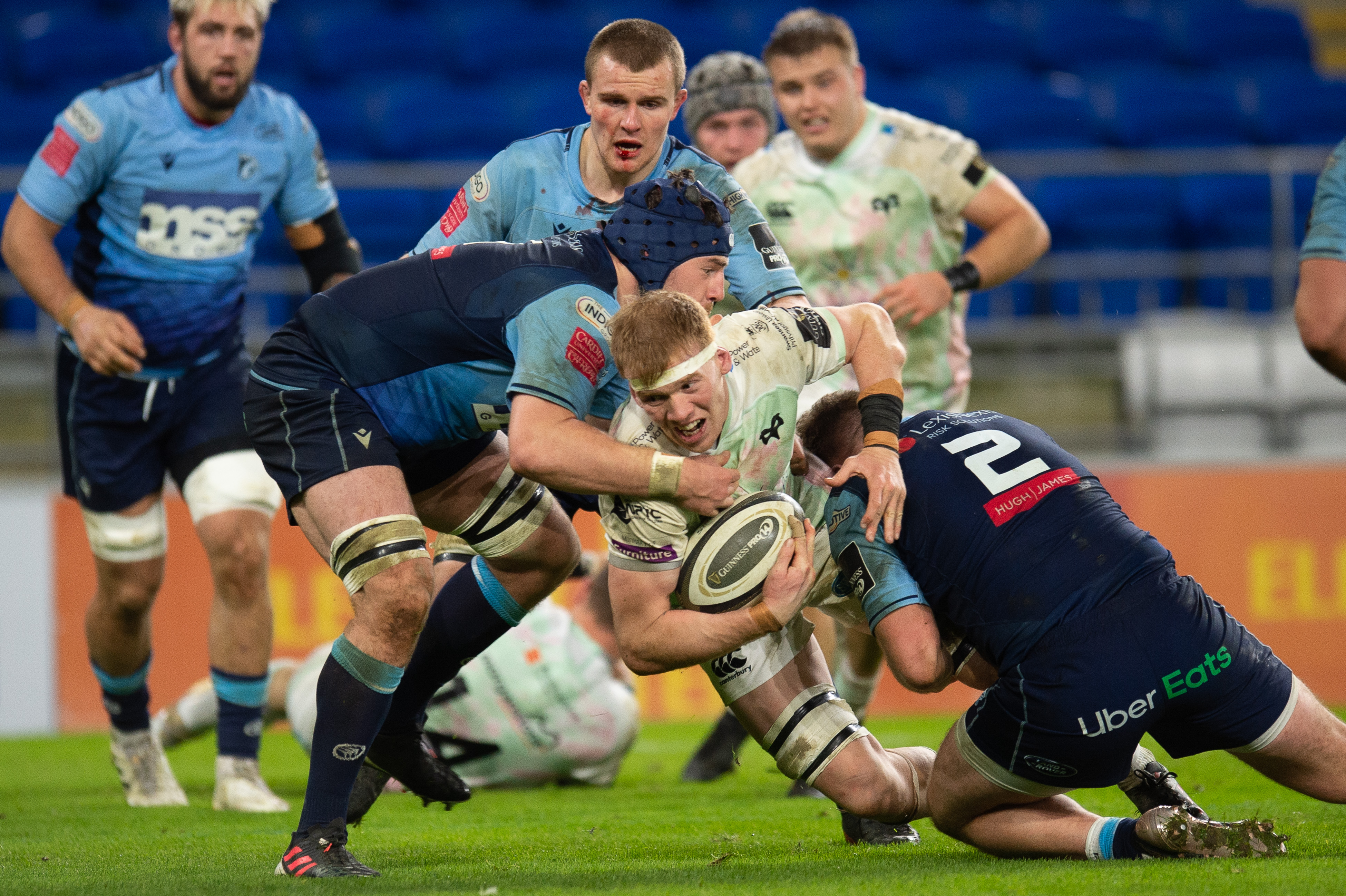 Sam Cross on the Dragons challenge ahead

After putting in a big shift in on New Year’s Day, we caught up with back-row Sam Cross to get his views on the season so far and the challenge ahead this weekend.

“It was great to get the win after the disappointment from the Scarlets the week before. We didn’t perform to our full potential, but that’s what is great about the derbies, you have the chance to put it right the week after. We had a solid performance against Cardiff Blues, set piece wise from the pack and not to concede a try in a derby was great and to go on and win it emphatically is always a result.”

Talking about the new era at the Ospreys, Cross said:

“It’s been really good having Toby Booth and Brock James come in. They’ve challenged me and I needed that. They’ve challenged me on my strengths and what I can bring to the team to make us better and it’s made me adapt my game to benefit the team. I’m very clear on what my role is and what I need to do out there on the field and we’re playing a game more suited to the style I want to play.

“Brock and Toby have both brought in fresh ideas which has been a huge positive both on and off the field. They’ve worked hard on the culture around the place which has had a big impact. Since they came in you can see from the lineups we’ve had that if you put your hand up and train hard you’ll have an opportunity to play on the weekend.

“It’s definitely made us better players from it, we know what the minimum standard is to wear the Ospreys jersey and then look for that bit extra of what you can bring when you’re out there. I know what my strengths are and where my game is, it doesn’t matter what number is on my back as long as I’m out there. We know where we want to go, we’re playing a good style of rugby, scoring tries, dominant up front with the pack and our set piece is in a good place.”

Looking ahead to this weekend's game against the Dragons, Cross said:

“I had a couple of seasons up there so I am quite familiar with Rodney Parade. It’s always a challenge going there and they pride themselves on their performances at home. They’re a revitalised side under Dean Ryan so we know we’re in for a tough game. We haven’t been on the right side of a result there for some time so we’re pretty determined to put that right this weekend and come away with a W.

“At the moment, we’re concentrating one game at a time. We’re doing well in Europe going two from two, and we want to finish these derbies with another win. The challenge for us now is getting those back-to-back victories, not slipping up and keeping on the money.”