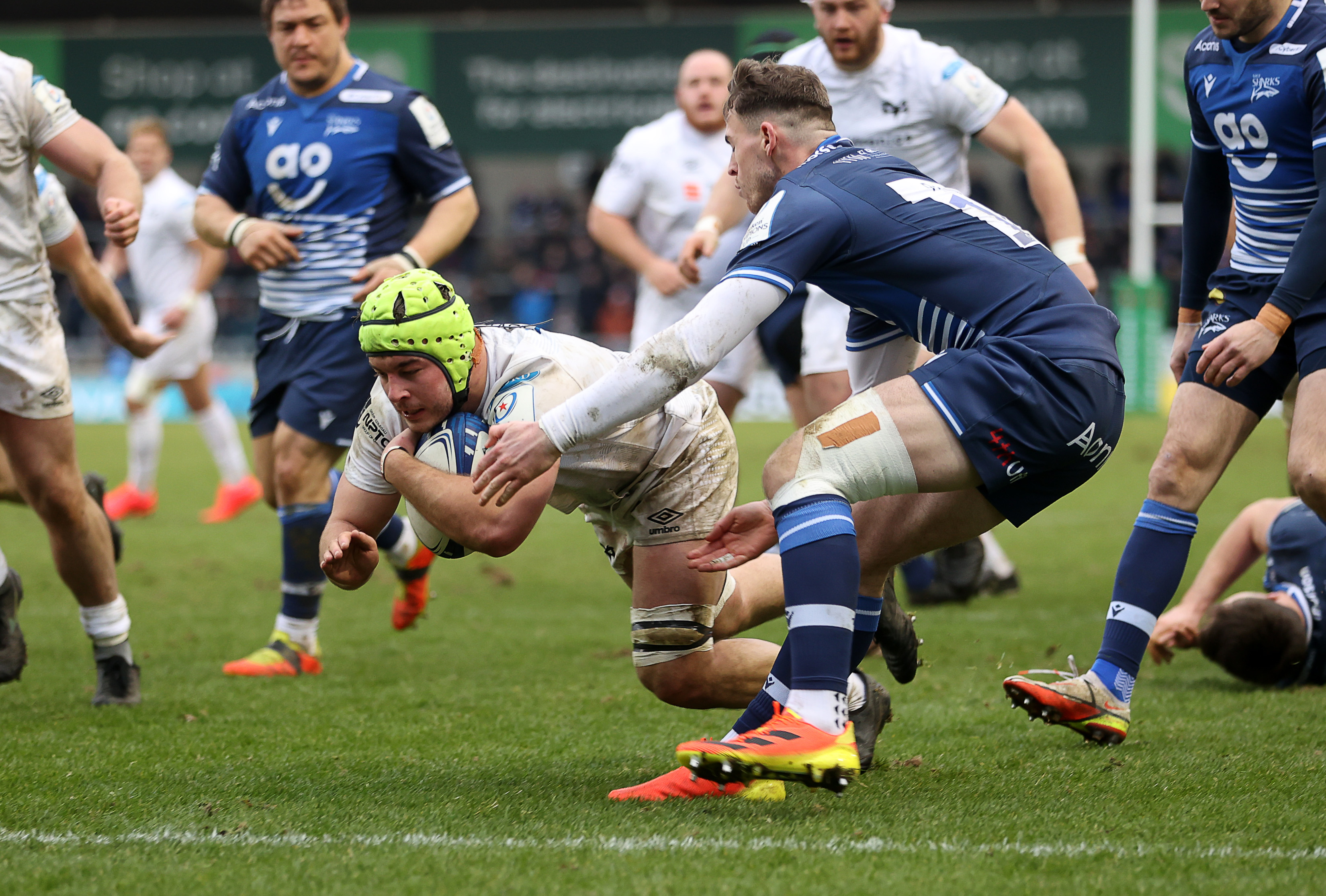 Ospreys travelled north to face Sale Sharks at their home, the AJ Bell stadium in Manchester. Qualification was still a possibility for the visitors, depending on other results going their way, but they faced stiff opposition in the guise of this English Premiership side.

Amidst a host of injuries and international call ups, the Ospreys' team sheet sported some lesser known names; but a chance for these eager youngsters to gain some valuable experience and show what they can bring to the side.

The first half-hour belonged to the hosts as they dominated the collisions, and scored two tries on either wing through wingers Tom Roebuck and Arron Reed. Sale outside half AJ MacGinty converted both scores and gave Sale a 14-0 lead after half an hour. Ospreys clawed back three points ahead of the interval through the boot of outside half Joe Hawkins.

Half time score and the hosts have the lead going in at the break pic.twitter.com/GhC2VupO7L

The second half was almost entirely one way traffic as Sale ran in a further five tries through winger Roebuck, number eight Daniel du Preez, hookers Ewan Ashman and Curtis Langdon, and a final one from Jack Metcalf.

There were some positives to take from the encounter, however, one highlight being that of Harri Deaves. The young flanker made his Ospreys and European debut and claimed a try to mark the occasion, wrongfooting his opposite number Ben Curry to dive over the whitewash.

A tough ending to the European campaign for the Ospreys, but focus will have shifted back to the United Rugby Championship, where Ospreys will welcome Edinburgh Rugby to Swansea.com Stadium.