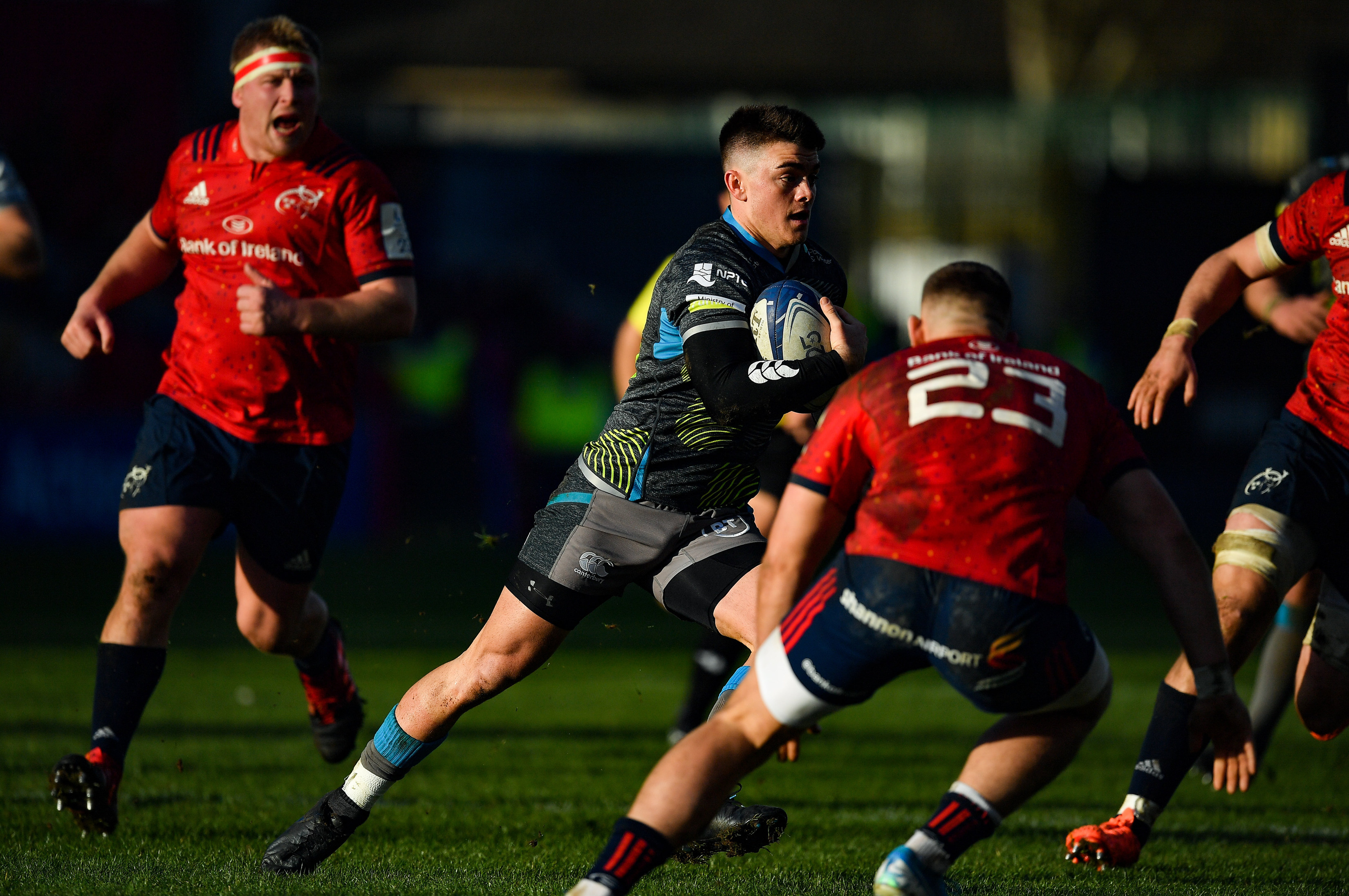 Reuben re-signs with the region

Ospreys Rugby are delighted to announce that scrum-half Reuben Morgan-Williams has signed a two-year deal to extend his stay at the region.

The 22-year old Neath youngster signed his first professional contract with the Ospreys back in January 2018 and has gone onto make 20 appearances for the region crossing the whitewash on five occasions.

He came through the development pathway via Neath Athletic RFC, educated at YGG Ystalyfera and Neath Port Talbot College, and represented the Ospreys at age-grade level, notably as part of the U18 team that won the 2015 WRU Championship.

Reuben Morgan-Williams
“It’s brilliant to have re-signed and I’m really looking forward to it. It’s been a tough two years for me with not getting regular game time, but now that I’ve re-signed I’m hoping I can make an impact, keep on building and seeing what comes.”

On the international scene he has been involved with Wales U20 side across three separate seasons, enjoying Grand Slam success in 2016. Reuben has also proved himself on the 7s stage, travelling with Wales Sevens to four events racking up 52 games and 11 tries on the World series.

“My first year with the U20s was a great experience, winning the Grand Slam with a brilliant group of boys, it really developed my leadership skills being a part of that squad for those three seasons.”

He added: “Sevens was brilliant, seeing the world and playing against and alongside some of the best athletes out there really helped me and has developed my all-round game.”

Before signing his first deal with the Ospreys, Reuben made his debut playing for Neath in the Premiership in October 2015 at the age of 17 where he put in a series of eye-catching displays for the side.

Morgan-Williams made his senior Ospreys debut back on the opening weekend of the 2017/18 season, coming off the bench in the region’s victory over Zebre at the Liberty Stadium.

Relishing the opportunity to build on his career, Morgan-Williams said: “I’m really looking forward to competing for that spot. Matthew Aubrey, Harri Morgan and myself have had that competition between us all the way through which is always good for us all. Rhys Webb was here in my first few seasons and Shaun Venter is a great player too and it’s a great opportunity to be able to learn from players like those.”

Reuben Morgan-Williams
“Short-term I’m looking forward to throwing my name in the ring and competing for the number nine jersey. Everyone’s goal is to one day play for your country, so that definitely still is a big aim for me.”

“We are fortunate to have exciting young talent at scrum-half, and Reuben is a player that definitely has an X factor with his line breaking ability. He is a tremendous athlete, as he has displayed on both the World Sevens Series and in the PRO14 despite his limited opportunities.

"The challenge for Reuben, as with any aspiring young player, is to stay patient and keep working on improving his game, both technically with his positional basics, and tactically by understanding his role, delivering the game plan, and giving players around him and the team clarity and direction.

"I know Reuben is focussed on making an impression, and looking to take the opportunities to learn and progress. He has the potential to be an exciting player for the club.”