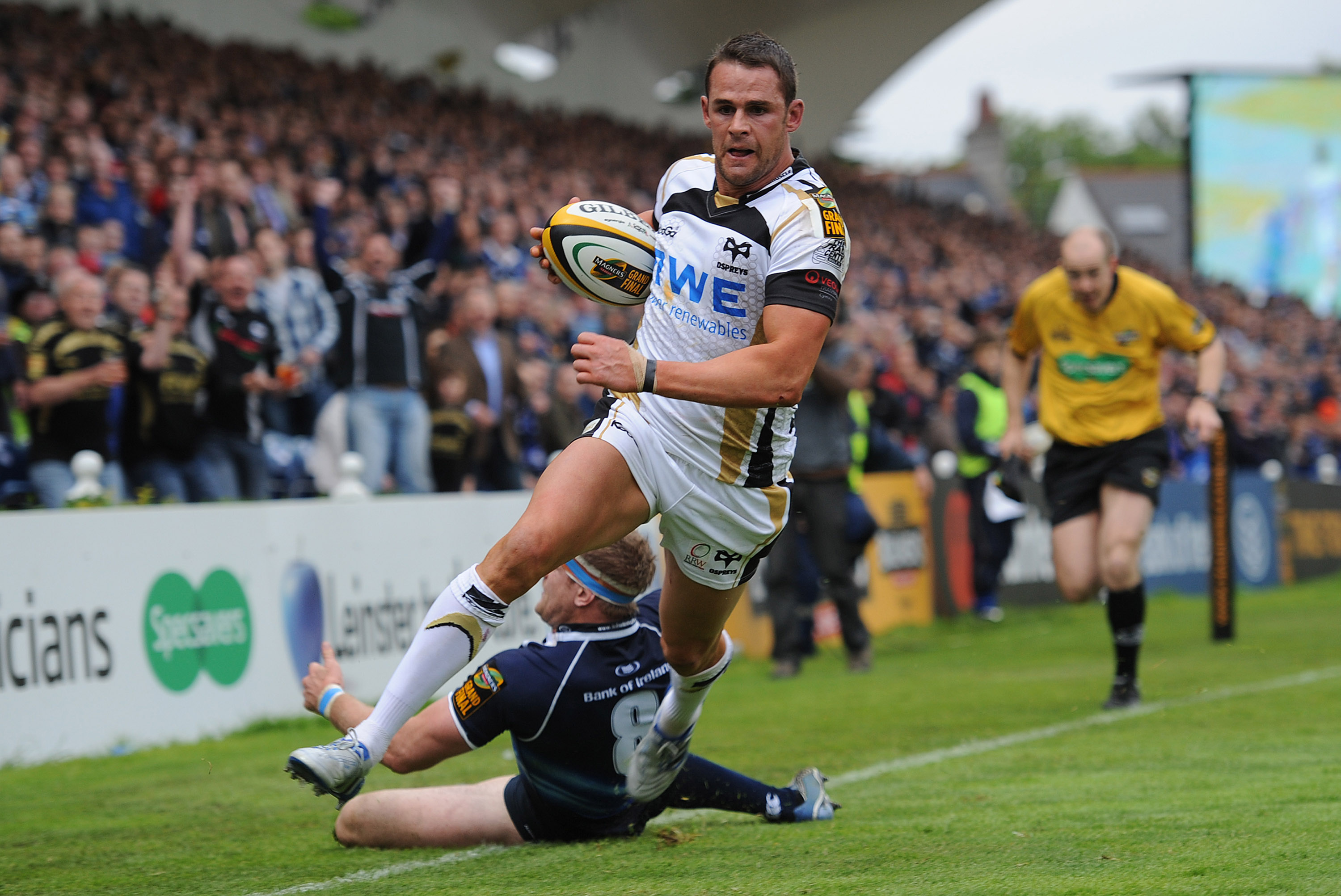 We're onto the final position in the regional all-stars Ultimate XV as we finish with the vote for the ultimate fullback. Representing the Ospreys is Lee Byrne, he's in the running against Percy Montgomery (Dragons) Ben Blair (Cardiff Blues) and Liam Williams (Scarlets).

After signing from the Scarlets in April 2006, Pencoed product Lee Byrne went onto feature 92 times for the Ospreys helping himself to 27 tries, two conversions and two penalties, including a crucial score in the vital win out in Bourgoin that secured a first ever Heineken Cup quarter-final spot for the region in 2008. He made 46 appearances for Wales after making his debut against the All Blacks in November 2005. He played a pivotal role in Wales’ Grand Slam success in 2008. In 2009, Byrne was selected as part of the British and Irish Lions squad who travelled to South Africa where he made 1 test appearance. Byrne was also part of the Ospreys squad who won the EDF Energy Cup Final in 2008 and the Magners League trophy in 2009/10.

To cast your vote in today's poll, click here.