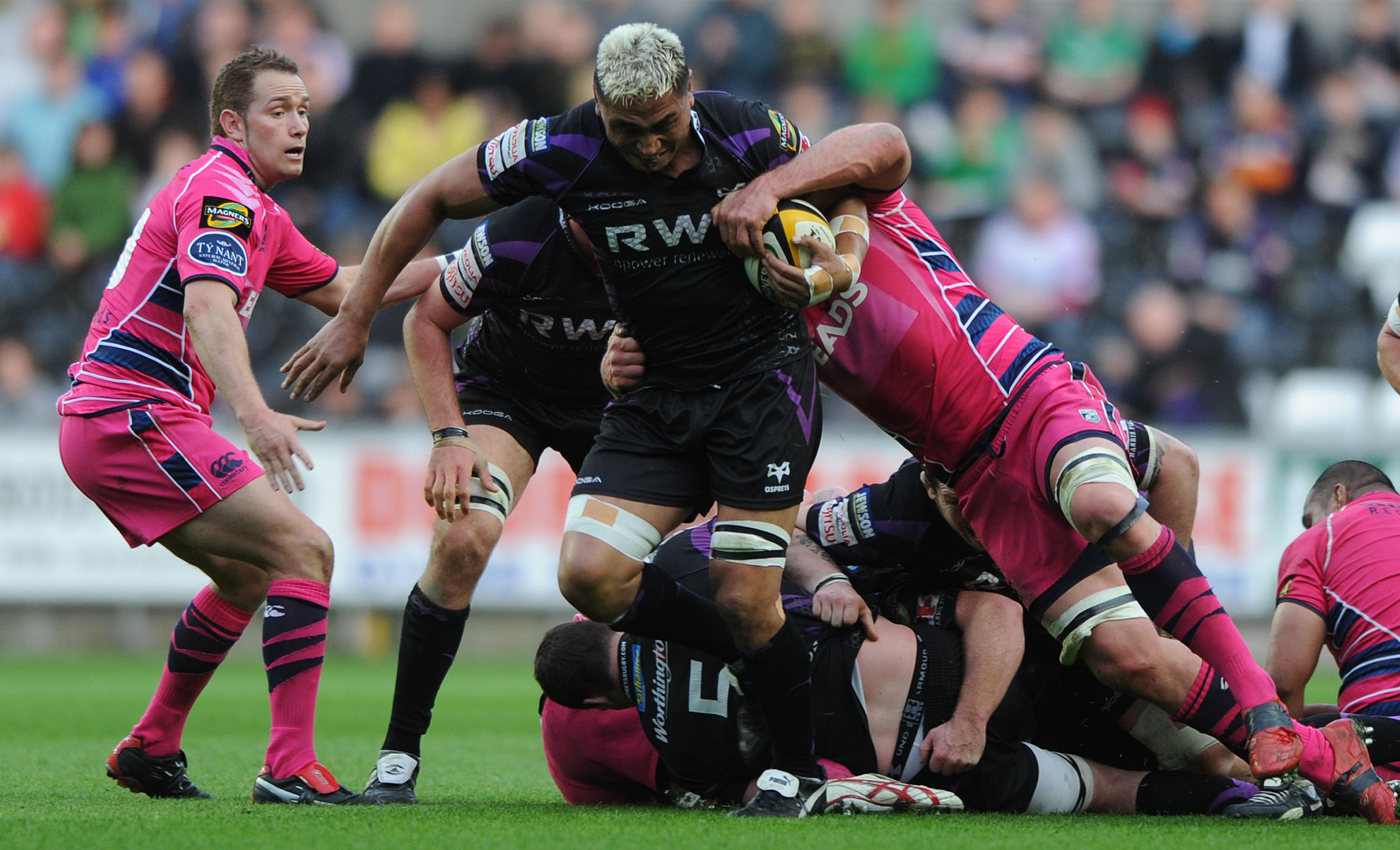 The pack is starting to take shape in our regional all-stars UltimateXV. Alun Wyn Jones stormed ahead in the lock vote with Scarlets Tadhg Beirne (Scarlets) joining him in the second row. They line-up alongside Gethin Jenkins (Cardiff Blues) Ken Owens (Scarlets) and Adam Jones (Ospreys) in the front row.

Next up we turn our attentions to the back row. In the running for the Ospreys is Jerry Collins.

After signing for the Ospreys from Toulon in 2009, supporters favourite Collins helped the region to a third league title in his first season in Wales, scoring five tries in 29 games, including the first PRO12 final against Leinster in 2010 and the Heineken Cup quarter-final versus Biarritz. Such was his impact in that first season he was voted Players’ Player of the Year. The following season he made a further 27 appearances, his final game in an Ospreys shirt being the PRO12 semi-final defeat in Munster in 2011. He scored 6 tries for the Ospreys. Capped 48 times by the All Blacks, including three as captain, the 34 year old also played for Hurricanes, Yamaha and Narbonne. He was his own man, a true individual, and a giant of the world game. Jerry made a huge impact during his short time in an Ospreys jersey and is sadly missed by everybody at the Ospreys.