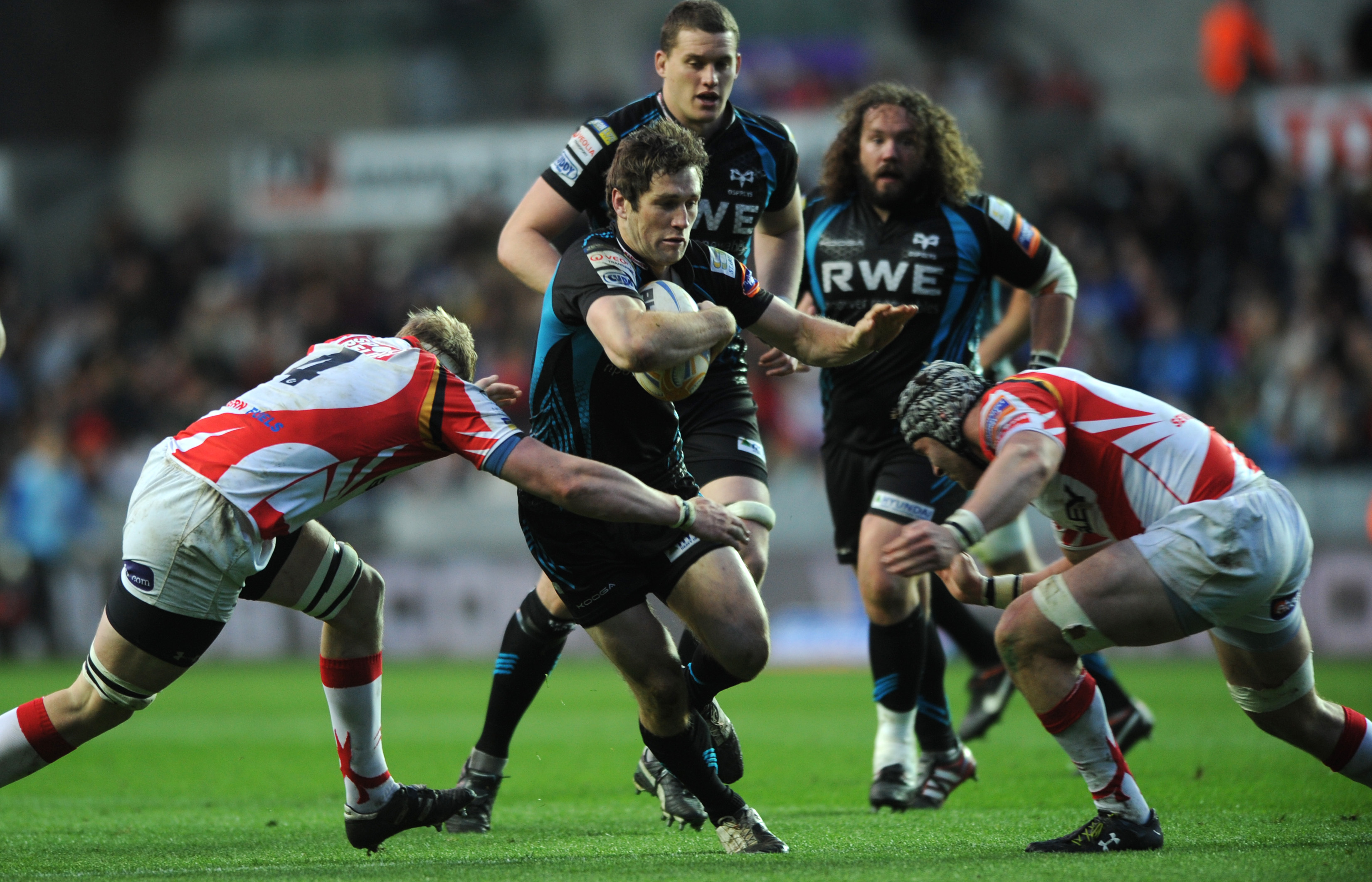 We're onto the number 13 shirt in the regional all-stars #UltimateXV and in the running for the Ospreys today is Andrew Bishop. His contenders, Matthew J Watkins (Dragons) Jamie Robinson (Cardiff Blues) and Jonathan Davies (Scarlets).

Having made his debut for the Ospreys against Borders as a 19-year old back in February 2005, Bishop established himself as an almost constant fixture in the Ospreys team, playing a big part in four league wins and touching down at Twickenham to help the Ospreys secure the EDF Energy Cup with victory over Leicester Tigers in 2008. He played in both the PRO12 Final wins over Leinster in Dublin, in 2010 and 2012 and became the ninth player to reach 100 Ospreys caps. He made his 200th appearance on the opening day of the 2014/15 season, against Treviso at the Liberty. He scored 10 tries for the Ospreys, with his final appearance coming off the bench in a 31-20 win over Ulster at the Liberty Stadium last December. In addition, Bishop was capped at all age-grade levels by Wales before winning his first senior cap on the South Africa tour of 2008. In total, he played 16 times for his country, his final appearance coming against the Barbarians in 2012.