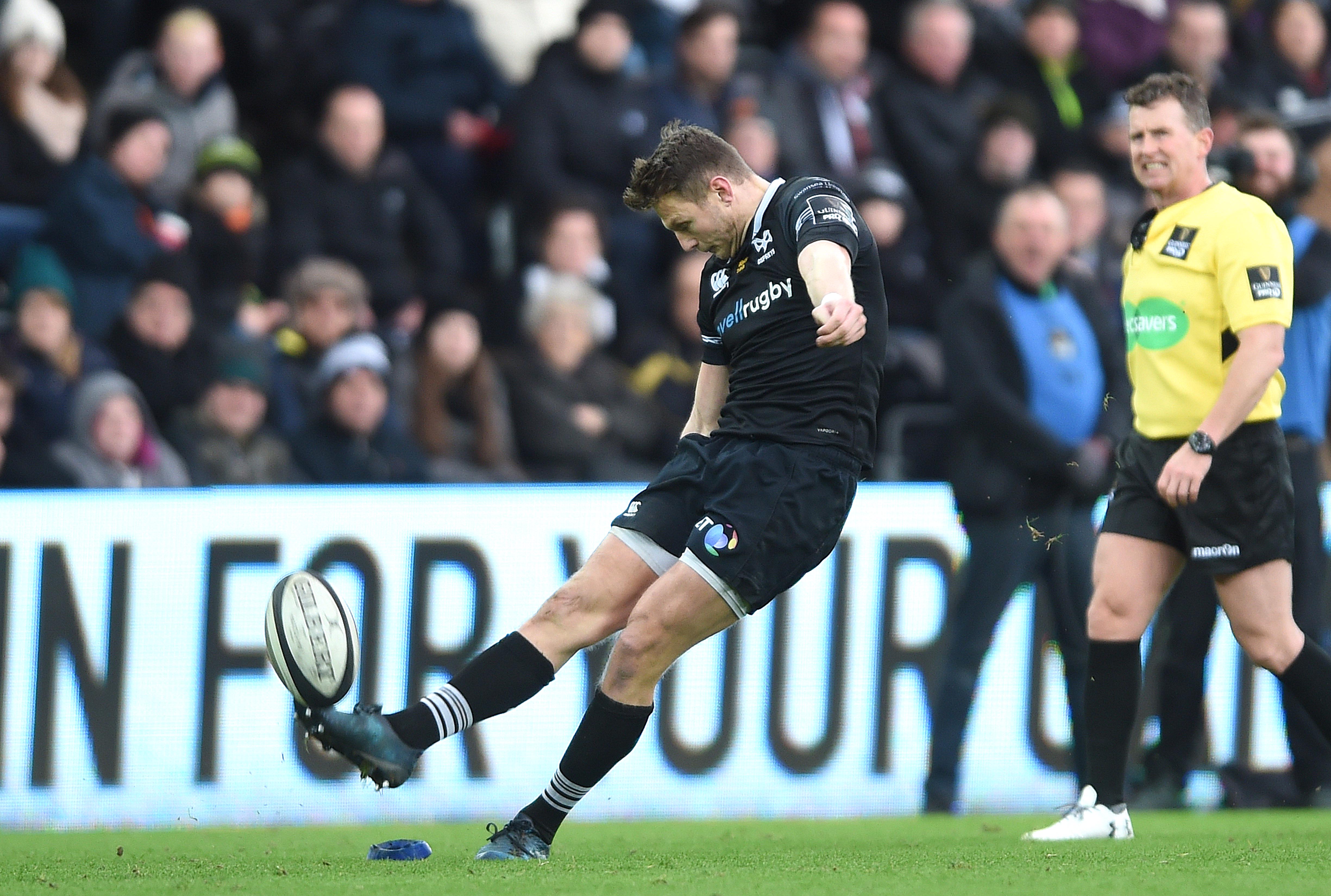 We're moving on to the number 10 jersey in today's vote in the regional all-stars #UltimateXV. Representing the Ospreys is Dan Biggar, who faces tough competition from his regional counterparts, Stephen Jones (Scarlets) Jason Tovey (Dragons) and Nicky Robinson (Cardiff Blues)

Biggar came through the Ospreys development pathway, having attended Gowerton Comprehensive School in Swansea, and played his club rugby at Gorseinon RFC before featuring in the Premiership in the white of Swansea RFC. He made his Ospreys debut as an 18-year old at the Principality Stadium, coming off the bench late on in an EDF Energy Cup semi-final win over Saracens, establishing himself as first choice fly half early the following season. Biggar became the youngest player to reach 100 Ospreys appearances at just 22 and the youngest to make 200 aged just 27. He is also the record points scorer at the region with 2203 points to his name.  An age-grade international, he won his first senior Welsh cap in November 2008, against Canada, and now stands on 83 caps. A double PRO12 winner with the region he currently sits 4th on the all-time point scorer list for Wales. The fly-half was crowned PRO12 Player of the Year in 2014. In 2015, Biggar was crowned BBC Wales Sports Personality of the year after an outstanding year with Wales in the Six Nations, the Rugby World Cup and the Ospreys.