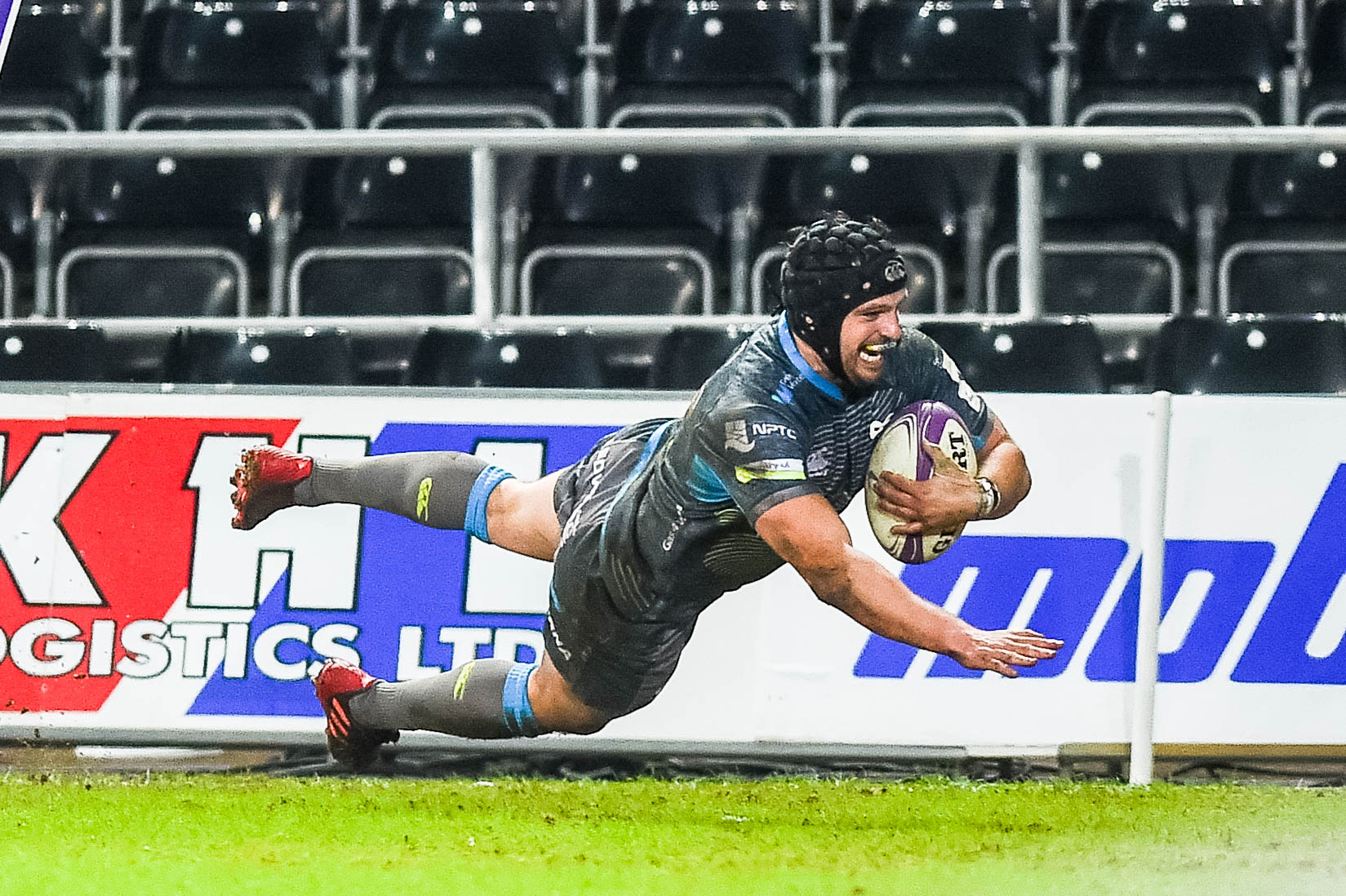 Dan Evans will add another record to his list on Boxing Day when he makes his 150th appearance for the Ospreys.

Saturday evening will see the fullback become the quickest Osprey to reach the landmark after arriving at the Liberty Stadium in the Summer of 2014.

Evans made his debut for the Ospreys in a 44-13 win over Benetton on the opening day of the 14/15 season. An astonishing run of games saw him race to the quickest century of appearances in the region’s history taking just three years, three months and four days to hit 100, a full four months quicker than the previous fastest set by Richard Fussell.

Not only is Dan the quickest to 100, but he now becomes the fastest to 150, two months ahead of the previous record set.

Speaking about reaching the 150th game mark, Evans said: “It’s something I don’t try and think about. I’m very pleased with what I have achieved and it’s a great stat to have which I hope there will be many more to come.”

As well as making his 150th game, Dan is edging closer to Shane Williams Ospreys try record. Evans currently sits in 2nd place on 49 tries with only fellow Amman Valley boy Shane ahead on 57.

Dan Evans
"I’m very pleased with what I have achieved and it’s a great stat to have which I hope there will be many more to come.”

“Like my red card record, it’s not something I set out to do it just happened. I think it will definitely be something I focus on more when I retire and something I will cherish and reflect on. When you’re still playing, your main focus is on that. I’m happy when the team is playing well, when I’m scoring tries or setting them up, performing well and winning as a team is the main thing.”

As well as his many Ospreys records, he set the Championship all-time record for consecutive appearances, his tally of 87 an incredible 26 ahead of Ian Keatley’s previous competition record of 61 PRO12 appearances on the bounce. The only player to have made 30 competitive appearances in a single season for the Ospreys, when he played 31 times in 2016/17.

Looking at the current 20/21 season, Evans is relishing being back out there on the field:

“It’s been a frustrating year, it’s never nice to be out injured and when I was starting to come back the lockdown came in and stopped everything. But it’s nice to be back out there and getting a nice run of games and getting back to where I know I can be. When I couldn’t play or train at the start of the year and being away from the environment, it really lit the fire in my belly and ignited the eagerness to get back out there and play rugby which is what I want to do.

“As a team we’re definitely in that progression stage. We have a fair few youngsters showing they’re more than capable of stepping up. We have an exciting backline which is great to be involved in. There’s some fresh legs in there which are keeping me on my toes which I needed but it’s exciting times for the Ospreys.”