Six members of the Ospreys U18 squad, crowned WRU Regional Age Grade Champions in January, have been rewarded with development contracts.

All six players are born and bred in Ospreylia and have progressed along the regional development pathway. 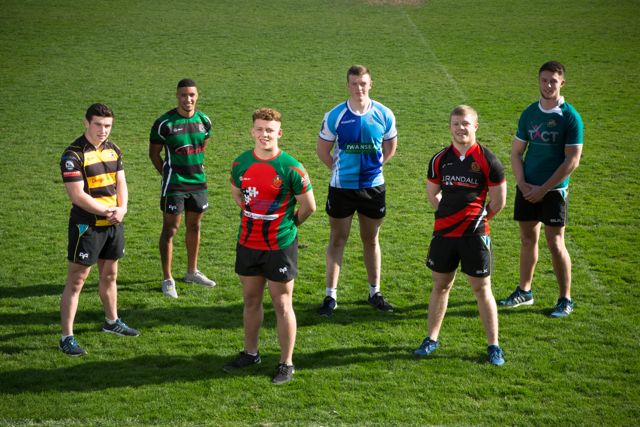 They were part of the successful U18s team that secured the league title in emphatic fashion this season, defeating Cardiff Blues 43-14 in the final. All six are capped by Wales at age-grade.

“This is a significant milestone for the six and a reward for their efforts so far in their career. To get to this point all of them, along with their families, have made significant sacrifices and they should celebrate securing a development contract.

“However, it is important that they recognise that they are not Ospreys yet. They have a lot of hard work in front of them if they want to establish themselves within our environment and make the next step in their careers.

“They are in an environment renowned for player development and, if they show the commitment and effort required, will get all the support they need to potentially go on and represent their home region as a professional rugby player in the years to come.”

An intelligent scrum-half with an excellent passing and kicking game from hand or from the tee, Aubrey is developing a reputation for his decision making and game management ability while Cole is a physical back rower with a real competitive edge and an aggressive, no nonsense approach featuring strong ball carries and the ability to be destructive in defence and at the breakdown.

Giles is a constant threat on the wing with his pace and footwork. A prolific try scorer in age-grade rugby, he scored two in the final against the Blues.

Walsh provides a physical presence at blindside, complemented by a huge work rate. He follows his brother Harrison into the Osprey ranks after an excellent season at regional age-grade level.

Williams is an explosive centre, a physical carrier who hits the line hard, with speed and intelligent running lines. Another try-scorer in the final earlier this year, he is also strong in the tackle.

The youngest of the group, Liney is a hooker who combines good ball skills and accuracy at line out with a high work rate around the field, and an ability to move the ball out of contact.

“The Ospreys pathway continues to lead the way within Wales, with almost £1million invested each year into developing the next generation of home grown talent.

“The six players named today are following in the footsteps of some pretty special players who have graduated to senior regional and international rugby. Each one of this crop are born and bred within the region and everybody who has helped them to this stage of the pathway via their local club, school and college can share their pride.

“We wish this group of players the very best of luck for the future.”