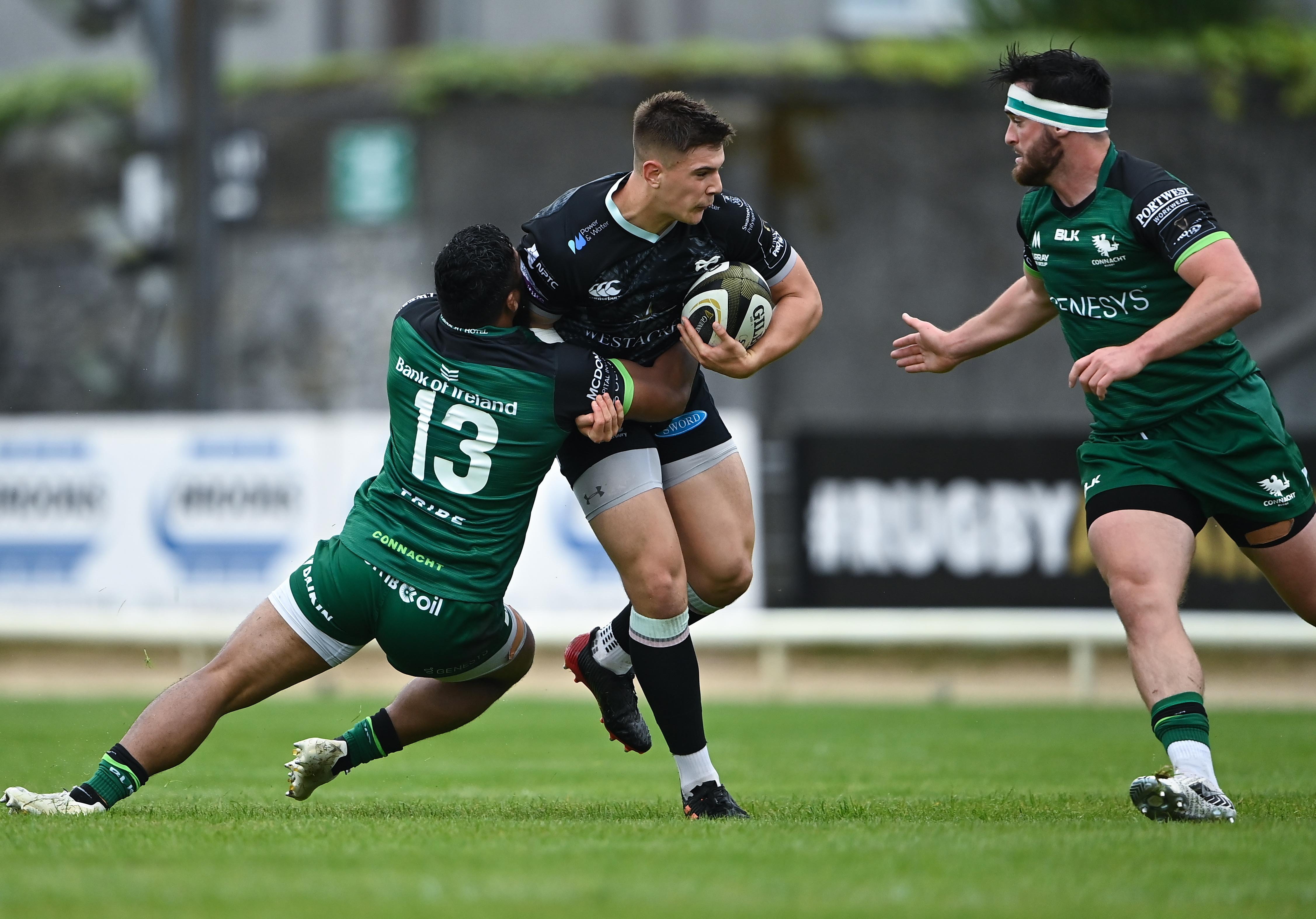 So how did your journey to the Ospreys senior squad begin?

I started with Pontardawe and then played U15s for Swansea Valley and from there I was selected for the Ospreys U16s.  I then played for Ospreys U16s West and progressed from the C Academy group to the B group and to the senior squad, where I am now.

How have you found the step up from the Academy to the senior squad?

I think it has been pretty smooth for me. Probably more than for most players because I moved up to the senior squad when there were new coaches appointed. They brought in a new style of play, so that meant I started at the same point as everyone else. We were all learning everything new together from the beginning, rather than it just being a handful of us. That just made it easier coming into the senior environment than it has been for anybody else.

You are a prime example of the Ospreys homegrown policy, having made your debut as a teenager, how exciting has it been to get the chance to play for the region?

That has just been really exciting and shown to be true because I have had a fair few opportunities and just having that taste of it just makes you want it even more. We all know if we are performing in training, you will get the benefits of the hard work you put in to impress the coaches.

What was it like finding yourself in the same squad and dressing room as Alun Wyn Jones, Justin Tipuric, George North, Rhys Webb and Stephen Myler?

I have just tried to take it all in and to learn as much as I can off them. You just look at their characteristics and how they behave around the place but you have to be confident in yourself to impose yourself on a situation, even if they are around. You just drive your standards so you get to their standards. That’s the biggest thing you have to do. It just improves how you train, prepare and play by just being around players like that.

There are a few quality centres at the Ospreys, Owen Watkin, Keiran Williams and Tiaan Thomas Wheeler, it means there is plenty of competition for places?

I do like the challenge and the competition here is pretty fierce but it does mean in every training session you have to put your best foot forward. I am the youngest, but I don’t really think about that, and it does mean there is less pressure or spotlight on me when you see the other centres here.

When Keiran plays well, people are talking about him, so I can just carry on with my work and improving everyday as a player. Players like Owen, Keiran and Tiaan, do show there is a path to follow for the younger players. They have done what I have done to get to the senior side, coming through the Academy. It’s just encouraging to know it all works.

Have you surprised yourself by how far you have come with the Ospreys, playing the number of games you did last season?

I’m definitely further that I thought I would be but not as far as I eventually want to be. I wasn’t planning on coming to the senior squad and just settling for that and making up the numbers. I wanted to push myself, train hard against the players here and see where I was. I really wanted to test myself. I have surprised myself a bit probably by getting some games under my belt but that has been the good part about it all.

What was the moment like when you made your Ospreys debut and pulled the famous jersey on?

I was just incredibly proud, really. When you are in the age-groups at the Ospreys, you don’t have the same kit as the seniors, so when you get to the seniors you are wearing the real jersey for the first time. Walking in the changing room and seeing it hanging on the peg waiting for you just really inspires you. You think about the players who have played in it before and that really makes you want to go out and do that jersey proud.