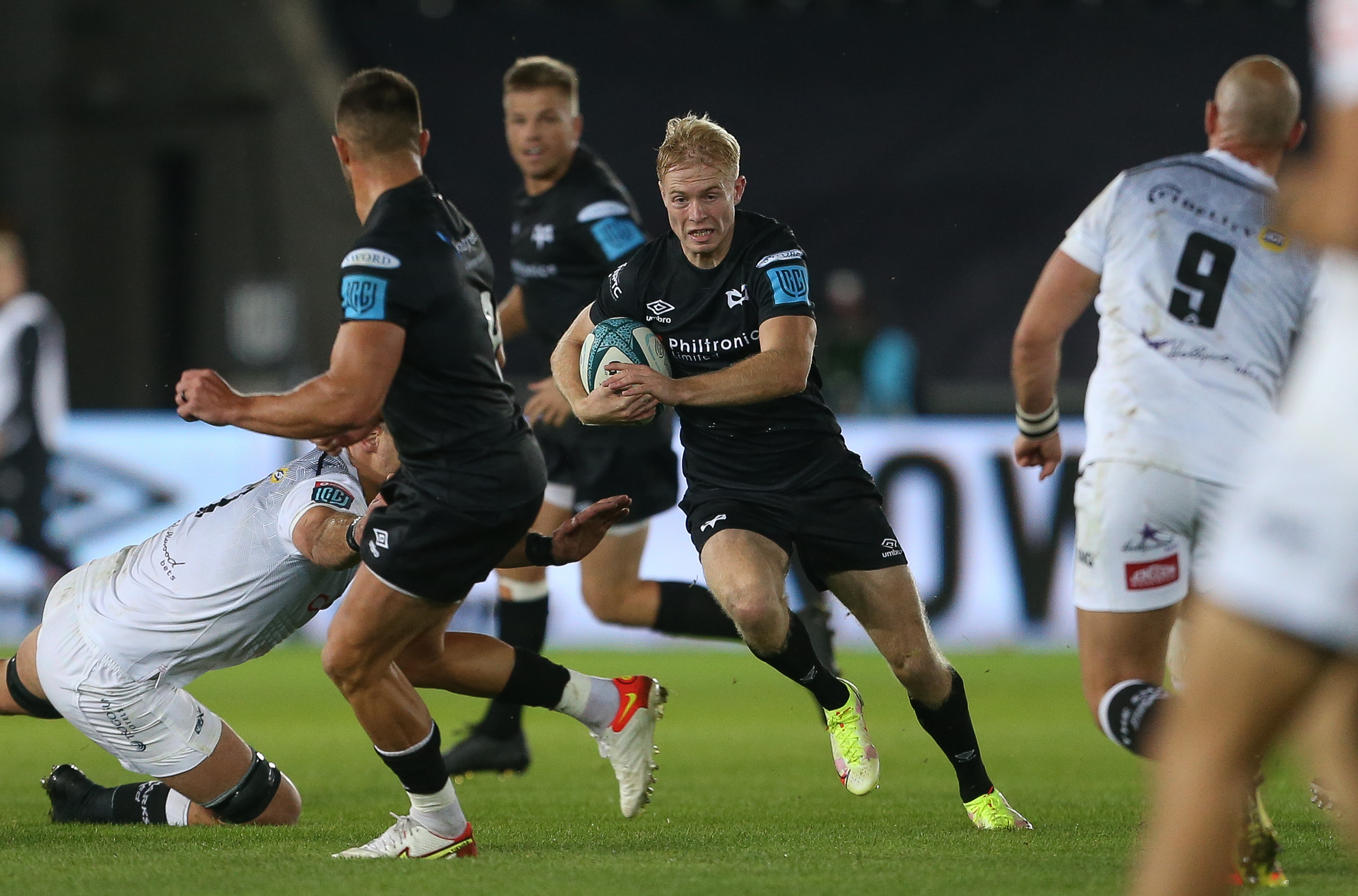 Ospreys are excited to announce full back Mat Protheroe has signed a new two-year deal to extend his stay at the Swansea.com Stadium.

The Swansea-born back three player, who can also play fly half, has committed his future to his home region.

Protheroe, 25, has played 27 games, scoring five tries and one conversion since he made his debut for the Ospreys against Cardiff Rugby in 2020.

He returned to home to Wales after establishing himself in the English Premiership.

Proth’s performances have made him a firm favourite with the Ospreys faithful and one of the most exciting attacking players in the United Rugby Championship.

“This was a really easy decision for me. I came home to play for the Ospreys and to prove myself and I have had the opportunity to do that.

“During my first year at the Ospreys, I had things I wanted to achieve, like just making my debut for my hometown team and then getting a chance to play regularly. I did all of that.

“We have a really exciting blend of world class players like, Alun Wyn Jones and Justin Tipuric, and then this crop of younger players who are proving themselves all the time.

“There is no doubt we are going to get stronger and stronger as a team and as a squad. I really want to be part of that.

“I just hope I have repaid the faith people have shown in me, in and outside of rugby, and have done them proud.”

Mat Protheroe
“There is no doubt we are going to get stronger and stronger as a team and as a squad. I really want to be part of that."

“Mat has been fully committed to the Ospreys from the outset and proved his ability and value in a highly competitive position in our squad.

“We all know the sight of Proth in full flow is one that excites Ospreys supporters and his fellow teammates. Players like him are the reason we all watch this game.”