The Board of PRO12 Rugby today announced that Martin Anayi will become the competition's new Managing Director in October this year.

During his time as MD, Martin was responsible for negotiating the long-term rights for the sport of rallycross with the FIA, and thereafter transforming the FIA European Rallycross Championship into one of only 5 full FIA World Championships. Winning accolades such as European Motorsport Series of the year by the Professional Motorsport Expo Awards 2013 and a nomination for Governing Body of the year at this year's BT Sport Sports Industry Awards. 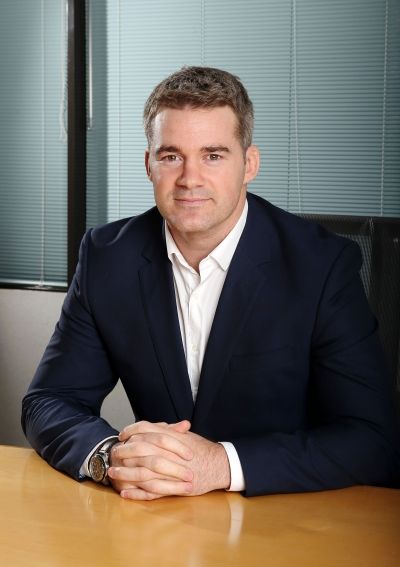 Martin began his career within the legal profession, joining IMG in 2008 from city law firm Pennington's.  Within IMG's legal team Martin was responsible for the company's Events and Federations business where he acted as the commercial lawyer on the 2011 Rugby World Cup. Transitioning into a commercial role, Martin then headed up IMG's Motorsport Client business before he became Vice President and MD of the FIA World Rallycross Championship.

"We are delighted with the appointment of Martin Anayi as MD of the Guinness PRO12. This is a new position, which reflects a significant advance in what the Board sees as the exciting future of the tournament. The Board went through a thorough process across all countries. We believe that Martin, with his legal, commercial and sporting experience has the energy, enthusiasm and vision to drive forward and to fulfill the potential of the PRO12. There is much major progress to anticipate. The platform is set after the terrific final few weeks of last year's competition, culminating in a wonderful final spectacle at the neutral venue in Belfast. With Martin at the helm the PRO12 Board are confident the cross-border tournament involving the three Celtic nations and Italy is ready to set higher standards of attractive European competition."

"We are delighted that we have been able to secure the services of Martin and I look forward to working with Martin in the future and bringing the PRO12 to the next level."

"I believe the Guinness PRO12 has a unique opportunity to build an exciting platform within world rugby, and I would like to thank both Gerald Davies and the PRO12 Board for sharing my ambitious vision for what can be done with the Guinness PRO12. In essence, that largely means building on the excellent framework that the existing team under the guidance of John Feehan and David Jordan have created to date. We have excellent partners at Guinness, Rhino and Specsavers as well as our outstanding media partners led by Sky Sports; BBC Alba, Scotland, Northern Ireland & Wales; S4C; TG4 and Rai sport. I look forward to delivering a product that they are proud to associate their brands with.

'I very much look forward to working closely with John, Gerald and the Board to deliver the next exciting chapter in the Guinness PRO12. Our shared belief is that the PRO12 has the potential to be the most compelling, innovative and competitive club competition in world rugby and I am excited to see how we can work with the stakeholders to achieve that aim over the coming years.'" he concluded.

Martin played semi-professional rugby in the back row for various clubs throughout his career starting with London Irish U19/21, Leeds Tykes 2nd Team and Otley Rugby Club 1st Team– all of which garnered him either Player of the Year or Young Player of the Year awards. He then played full 1st Team men's rugby in National Division 1 for London Welsh for 6 years from 2003 until 2008 and latterly for Rosslyn Park until retiring from playing the game in 2011.