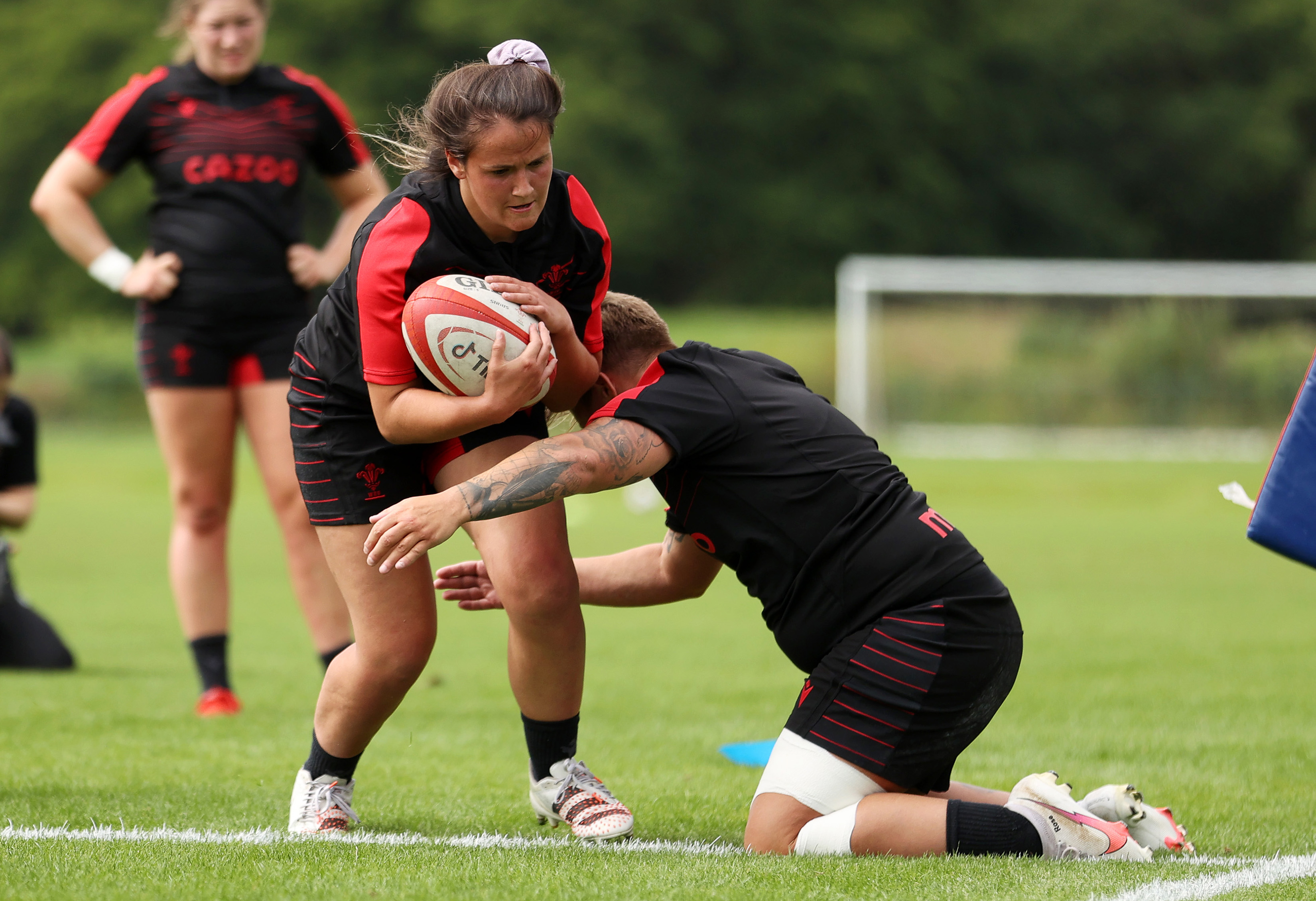 The Welsh Rugby Union has awarded 17 new full-time contracts for female players until the end of the year; Head Coach Ioan Cunningham has committed to leading the programme up to and including the 2025 Rugby World Cup and additional coaching and sports science staff are on board.

The new full-time contracts are in addition to the 12 players who took up the first full-time Welsh Rugby Union contracts at the start of the year. They include 11 players who had previously taken up retainer contracts including Ospreys in the Community’s Kayleigh Powell.

In the coaching set-up, Wales Women head coach Ioan Cunningham has committed to leading the programme up to and including the 2025 Rugby World Cup. Ospreys outside half Stephen Myler will provide kicking expertise while Ben Flower will support the team’s work in the contact area.

In addition, Louise Jones has joined the programme as Performance Psychologist, Cara Jones has been appointed as assistant physiotherapist and there is also additional coaching resource for the summer months.

📢 Huge boost for #WalesWomen ahead of @RugbyWorldCup

WRU Performance Director Nigel Walker said, “It’s an exciting time for professional women’s rugby in Wales. The initial investment of contracts made an immediate difference to the standards and results of the side in the TikTok Women’s Six Nations and this further investment in players and staff will help to give Wales the best chance of performing with distinction at the forthcoming Rugby World Cup.

“I’m delighted Ioan (Cunningham) has committed to the programme until at least the next Rugby World Cup. He has been central to the success so far, he is highly regarded by both the players and management team and has a vision which we as a Union are more than happy to invest in.

“It’s vital the players and staff have a robust support system to ensure they are in the best shape physically and mentally for Rugby World Cup and the investment in additional staff is key to this.”

Ioan Cunningham said, “First things first, I’m delighted with this latest investment in players and staff which will give the players the best opportunity to succeed in October.

“We are competing against other nations across the world, who are continually raising the bar themselves so it’s vital to keep improving to have a chance of getting ahead of that progression curve.

“It’s been great to speak to the players during this process and hear their passion and drive to achieve as players. We looked at where we needed to strengthen our team and I’m delighted to be able to give so many players this opportunity after they have worked so hard for so many years, it will really allow them all to improve in many ways, and for us to make strides as a group. We are grateful for the understanding shown by many employers, many of whom have allowed players to take leave from their roles or allowed players to take a sabbatical from their jobs.

“I’m delighted to stay on with this group. I love working with the players and staff every day and look forward to seeing how far we can go over the next few years, not just with this squad but with the next crop of players coming through too.”

Cunningham has already begun the work of preparing the squad for New Zealand with a tough pre-season having started this week.

“The aim over the next few months is to be as fit as possible – both physically and mentally – and prepare for our exciting summer Tests against Canada and England before departing for New Zealand. We made a good deal of progress in the Six Nations but we felt we probably had more to give especially in the final game.

“This next two months gives us the opportunity to go hard and make strides as a full group. The change means we can now train as a squad on a full-time, daily basis while allowing players to rest and recover overnight and come in fresh rather than having to balance a job alongside training.

“We want to grow our mental toughness and push fitness barriers that will stand us in good stead for the challenges ahead.”