The top two teams in Pool 2 of the Champions Cup clash at the Liberty Stadium this Friday as the competition reaches the business end with just two rounds to go.

French giants, Clermont Auvergne, are the visitors, having leapfrogged the Ospreys to take pole position last Friday night with a 28-10 win in Bordeaux in the rearranged all T14 clash.

Now, there’s everything to play for as the two sides go head to head at the Liberty following the rollercoaster ride of a game when they meet at Stade Marcel Michelin in November, the Ospreys heading home with two points in the bag from a classic encounter where the hosts won 34-29 in an eight try thriller.

Ahead of Friday night’s big game we’ve crunched all the numbers for you: 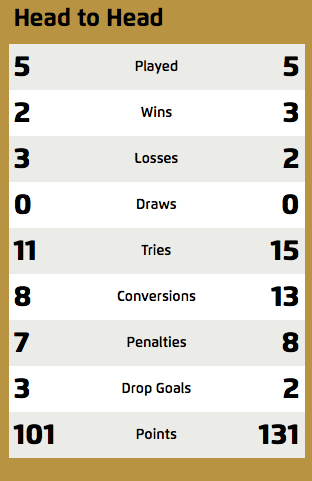 Tickets for this huge game are available to buy now from the Liberty Stadium Ticket Office, via the Ticket Hotline on 0844 815 6665 and online at ospreysrugby.com/buytickets, with prices starting at just £20 (adults) and £5 (U16s).