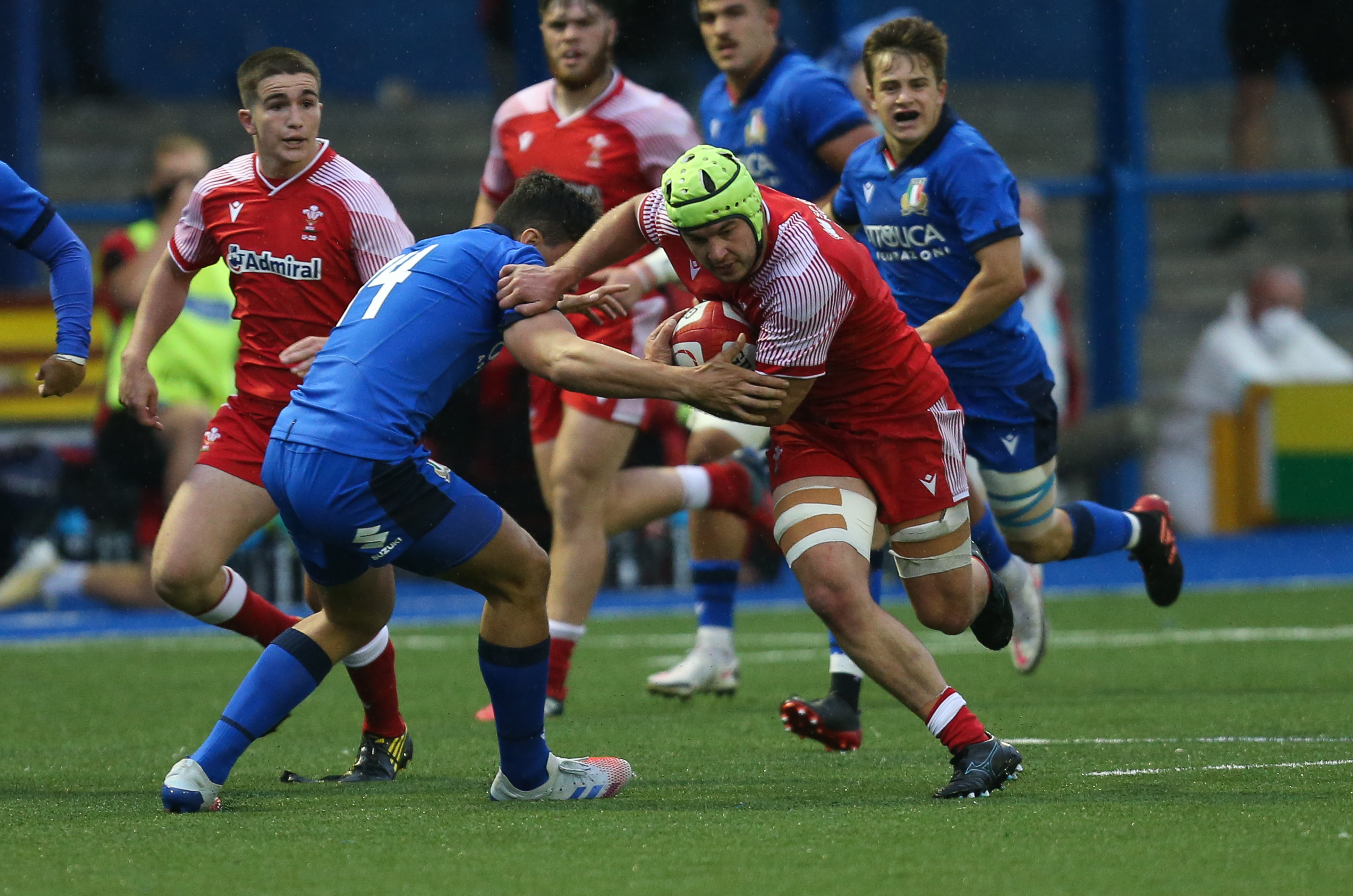 What are your earliest memories of rugby?

My first memory of rugby was playing for my school when I was about eight years old. My teacher at the time told my parents I should really start playing rugby and I joined Pontyclun RFC and I fell in love with the club.  I am Pontyclun through and through, but I did leave as a teenager to play for Pontypridd and was involved with Ponty schools Under-11s and Under-15s. Originally I was a full back, centre or wing and I went back to Pontyclun to play Under-16s and that was where I really fell in love with rugby, and it was one of the best years of my life. That was when I moved to playing seven.

Your journey to the Ospreys has been pretty unusual but Bridgend College played a major role in you being drafted in to the set-up?

After Under-15s, I didn’t get picked up and went to what they call regional ‘Mop Up’ sessions. I didn’t get picked up for that and then I went to Bridgend College and that was where the Ospreys saw me and picked me up. Literally, if I hadn’t gone there, I don’t think I would have got picked up. I went there to do Civil Engineering and after two days switched to rugby.

What is it like being an openside flanker and training with the likes of Justin Tipuric at the Ospreys?

I have always looked up to the likes of Justin Tipuric and it has just gone from there, really. I just like being involved in the game and at seven you are more involved. I just prefer to be involved with the action. I am still feeling my way but I am more comfortable playing there. It suits me. I seem to just know what people expect from me as a seven.

You are from outside the traditional Ospreys catchment area, but when where you first aware of the Ospreys?

I have always been an Ospreys supporter and my Dad and myself always had a plan to play for them. I have supported them for as long as I can remember. I played with Hanno Dirksen recently and I was a real fan boy about him and then a few years later I am playing alongside him. There are players like Dan Lydiate and Lloyd Ashley, who is a massive influence, and there are some great players and great guys here. I know how lucky I am to be here, to train alongside them and it is surreal.

Wales U20s was when you really came to people’s attention and it has given you a real opportunity with the Ospreys?

Wales U20s was massive for me; it was my first game of rugby since Covid hit us all. That first game back against Italy was really massive for all of us because we hadn’t played for so long. I doubted we would ever play for the Wales U20s because of what was going on at the time, hearing that first whistle to start the game was a big moment for all of us.  My short-term goals are to just play rugby, prove I deserve to be here and to get some game time for the Ospreys would be great. I want to show what I can do, gain some trust from the coaches, show I know my role and repay the faith shown in me. I have to keep working hard, give Toby a reason to have confidence in what I can do for the team.