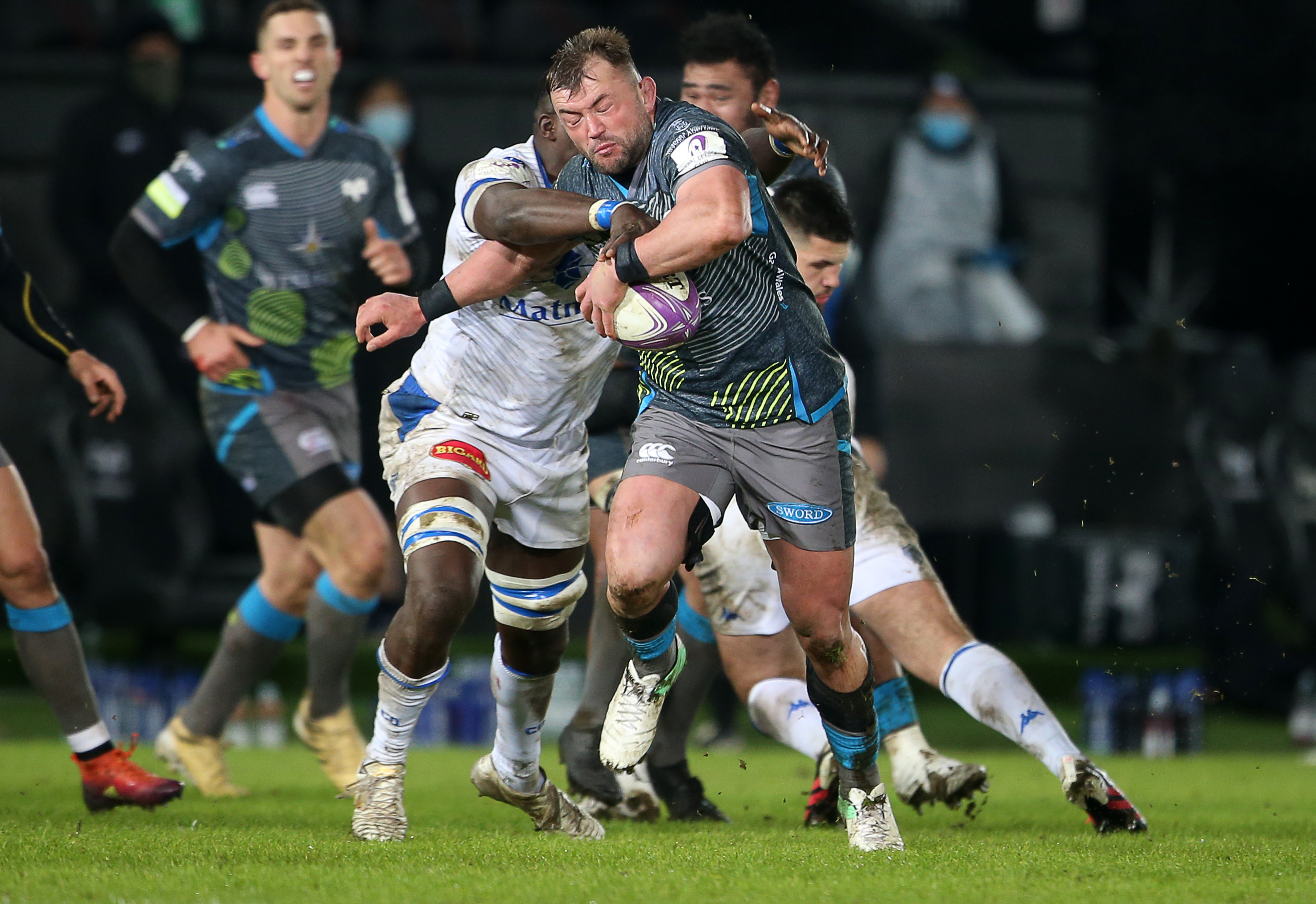 He made his Wales debut and passed the milestone of 100 caps for the Ospreys in the last few months.

But those achievements did not come easy or early in the career of the Ospreys hooker, who is won of the most respected and popular players down at the Liberty Stadium.

Parry, who celebrated his 29th birthday in December, has had to work for everything he has achieved in the game. He has done it the hard way, battling adversity and coming back from serious injury.

The Haverfordwest-born forward has earned everything he has done in the game and it hasn’t been easy.

He was selected twice before for Wales squads, back in 2013 and 2014, but missed out on winning his Test cap back then. Six years later he finally achieved a schoolboy dream of winning his first Wales cap at the age of 28 against France.

“It was nice to get the first start for Wales and to get the win and I was just really happy to have been involved,” said Parry.

“There were some things I would like to improve on but on the whole it was good and I did enjoy it.

“It was obviously a step up because you are playing the best players of every country. The physicality and the speed go up, but I really enjoyed testing myself against the best players from those countries.”

Sam Parry
“As a young boy growing up, it’s something you dream of but for me, as I am a bit older now, it was about the satisfaction of all the hard work I have put in."

Parry has been around for too long to get carried away with his recent landmarks of international recognition and becoming an Ospreys centurion and thoughts of Six Nations selection are definitely on the backburner.

“I don’t think that far head, when you do you lose track of what is important and that is performing to the level I need to for the Ospreys before then,” said Parry.

“If I do that and it means I get selected for Wales again, brilliant. I have four caps and if the opportunity comes again I will relish it.

“As a young boy growing up, it’s something you dream of but for me, as I am a bit older now, it was about the satisfaction of all the hard work I have put in.

“The effort you put in when your playing but also the effort of building yourself back up from the disappointment of being injured and getting back to the levels that mean you are selected for international rugby.”

Parry’s recognition at international level with Wales is recognition and resilience he has shown with the Ospreys. It is also symbolic of the influence of new Head Coach, Toby Booth and the competition for places for the hooker berth developing within the squad.

It has driven him to achieve what he had both at Test level and with the Ospreys. He has gone from competing for places with Scott Baldwin for a place in the side to now being driven on with the competition with Scott Otten, Dewi Lake and Ifan Phillips for the No2 jersey.

Parry marked his 100th appearance for the Ospreys with a personal two-try display in the victory over Castres in the recent European Challenge Cup clash at the Liberty Stadium.

For a player renowned for putting his body on the line for the cause, it was time for reflection of a personal milestone and one he is proud of.

“I have had to face a fair bit of adversity with injuries to get there. I am really proud to have made 100 appearances for the Ospreys.

“That makes me appreciate it a little bit more.”