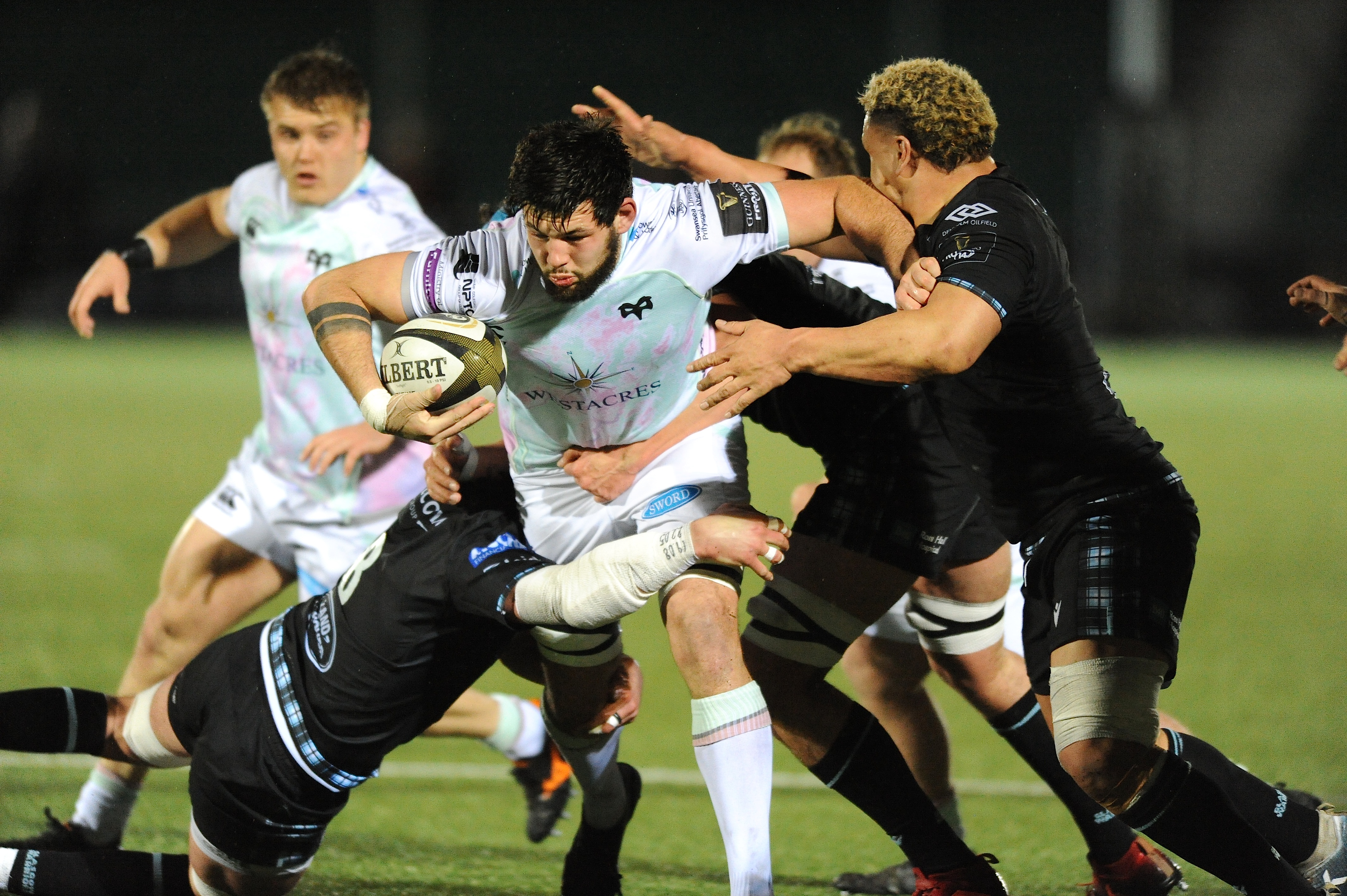 22-year-old Rhys Davies returned to his home club in 2020 having spent time across the border plying his trade with Bath Rugby. Standing at 6ft 6in tall and weighing 116kg, the former Wales U20s second row is an imposing figure and has already made his mark on the Ospreys. He spoke about his journey to and from England and the difference between competitions.

“It was a massive benefit going to Millfield from Swansea, going somewhere new with a change of scenery. You’re in a new environment, being introduced to different coaches, and playing with different boys as well. You don’t know anyone and you have to rely on your ability and back yourself to progress, especially with the standard of rugby out there, which is quite high. We played against different schools, so the standard of rugby was exceptional week in, week out.

“It was great getting to know new people from a social aspect too. Building links and making new contacts.

“The Guinness PRO14 differs to the Premiership; you know, there are different teams and different stars. Especially with the Ospreys, we adapt our game plan for each opposition team. The Premiership is a bit more rigid but a little quicker in some aspects; teams rely heavily on their set piece. You can often predict the outcome of a game based on their set piece; it’s hard to win if your set piece isn’t solid. In the Guinness PRO14 it’s a little different. The Ospreys have a dominant set piece, which helps us win those games, but we can play rugby outside of that and still come away with the result.”

Looking at his career and development, Davies reflected on the role of the lock in modern rugby, discussed his pre-match routines, his milestones so far, and the mood within the Ospreys after a thrilling season.

“I’ve played in the second row for most of my career, but I have dabbled in the back row. As a lock, those scrums and lineouts take a lot more out of you but as a flanker you’re working hard to get around the park. But the role of a second row has changed slightly over the years. You’re no longer just a driving force in the set piece, you’re expected to carry a lot and make those tackles; and sometimes make line breaks!

Rhys Davies
"Pulling the black jersey on and making my professional debut was something special."

“On game day, I always have a fry up in the morning. My mum makes a really good fry up! And spaghetti Bolognese the night before. Other than that, I don’t really have any rituals or anything, I like to be in my own bubble before a game, head in the shirt, and headphones in.

“My favourite rugby memories so far have probably been playing with Wales U20s in the World Championship and making my debut for the Ospreys. It’s my home region and a team I’ve always dreamt about playing for. So pulling the black jersey on and making my professional debut was something special. It would’ve been nice if the family could’ve been there, but it was still a big moment in my life.

“As a group, we’re moving in the right direction. The coached have got us playing a style of rugby that people want to see, and we’ve all bought into that as a team. But more importantly it’s getting us results, and we’ve been unlucky not to have won a few more this season. There’s a good feel about the camp, the boys are full of positive energy. Everyone’s enjoying each other’s company and enjoying being here together.”