EPCR have confirmed the day and kick-off time for our Challenge Cup Round 6 tie, against Pau at Stade Municipal de Hameau.

The Ospreys will head to the northern edge of the Pyrenees to round off their Pool 2 campaign on Saturday 19th January, kicking off at 2pm French time, 1pm in the UK.

The other Pool 2 game, Worcester Warriors v Stade Francais, will kick off at the same time at Sixways Stadium.

After four rounds, Worcester top the pool on 13 points, 2 ahead of the Ospreys in second place, with Pau three points further behind on eight. Stade Francais sit in fourth with five points.

The Ospreys welcome Worcester to the Liberty Stadium in Round 5 on Saturday 12th January (3pm KO), with tickets available to buy now at www.ospreysrugby.com/buytickets from just £15 ahead of the earlybird deadline on Friday 28th December. 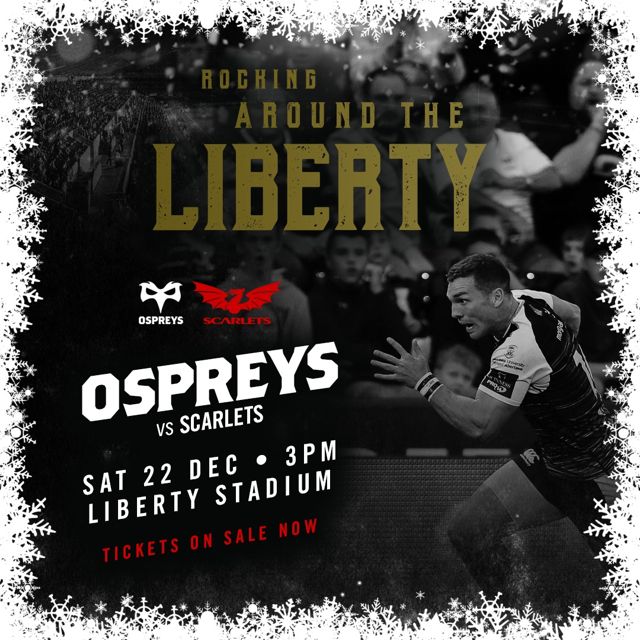