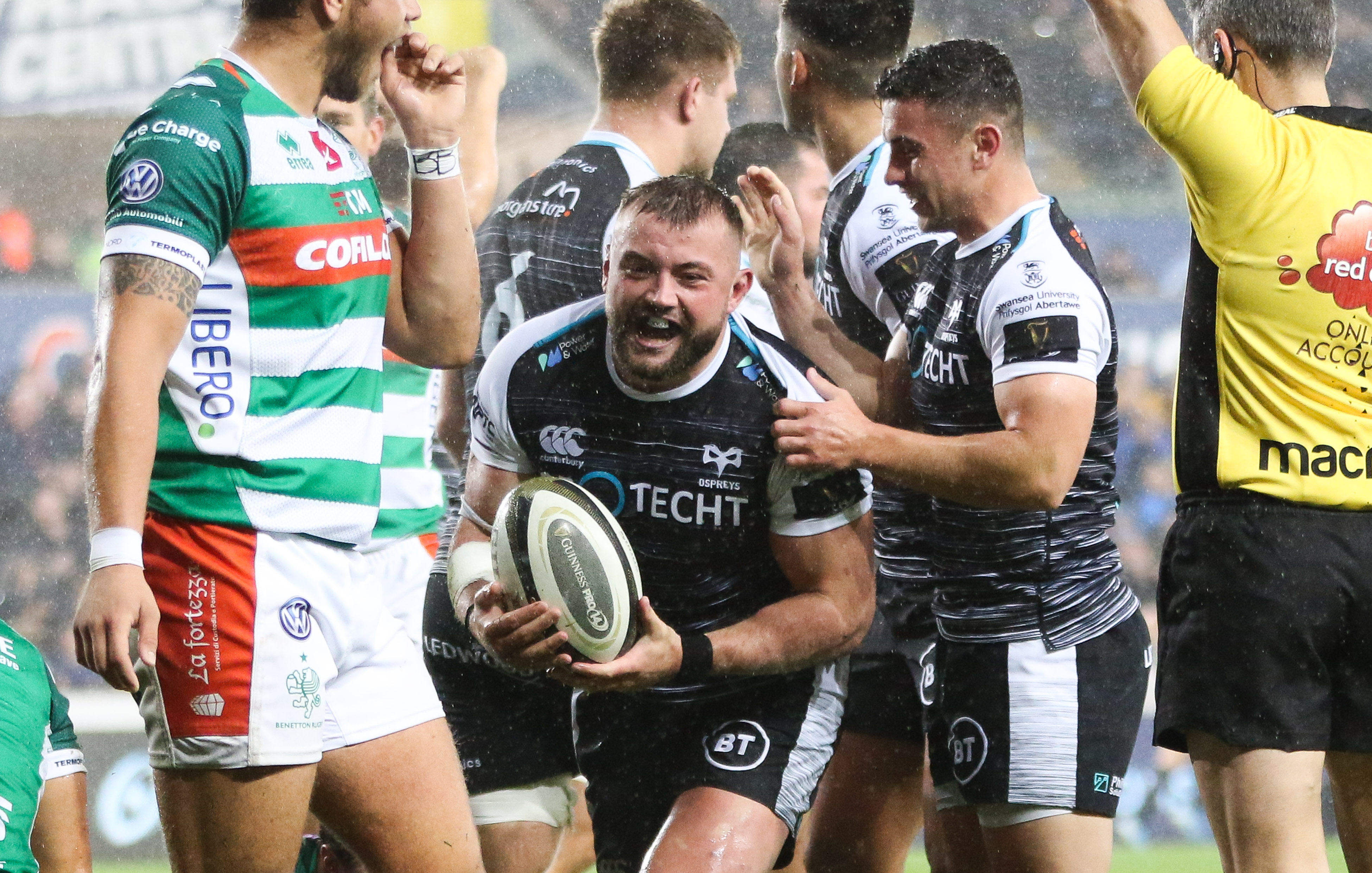 Parry re-signs with the region

Ospreys Rugby are delighted to announce that Hooker Sam Parry has signed a new deal to extend his stay at the region.

He signed his first contract with the Ospreys back in 2014 after joining from the Dragons. Since then he has become a mainstay at the region and is edging closer to playing his 100th game for the Ospreys where he currently sits on 96.

Parry made his Osprey debut off the bench in the opening round of the 2014/15 season in a 44-13 win over Benetton at the Liberty Stadium.

During his six seasons at the club, Parry became the first ever Osprey forward to score a hat trick back in September 2018.  He added to his record at the start of the 2019/20 season, crossing the whitewash for the hat trick against Benetton back in October, the only forward in Guinness PRO14 history to touch down for two trios. Parry has racked up 14 tries in total in an Ospreys jersey and is third in the Guinness PRO14 list for most turnovers won for the 19/20 season

“I’m glad to have extended my time here at the Ospreys for another season.” said Parry.

Sam Parry
“It’s been well-documented that this past season with the Ospreys has been a tough and frustrating year with results not going our way but with all the hard work that is being put in from the boys I’m excited to see where we can go as a group.”

His re-signing follows on from the appointment of Toby Booth, as the new Head Coach of the Ospreys and the re-signing of Ospreys captain and Wales and Lions flanker Justin Tipuric.

“The front row is a critical part of the squad, and Hooker is a position where we have good depth and competition building. Over the last few seasons, we have developed a group of players with a variety of strengths and abilities that can all bring something different to the team.”

“Sam has displayed with the quality of his performances, particularly earlier in the season, what a great asset he can be to the squad. His ability at set piece is top draw and very highly regarded, whilst around the field his physicality on the ball and particularly at the breakdown are a real point of difference. To compliment his physical qualities, Sam is also a very good footballer who can link the play and make good decisions on the ball.

“I know Sam is determined to play his part in driving the Ospreys forward into next season and beyond.”