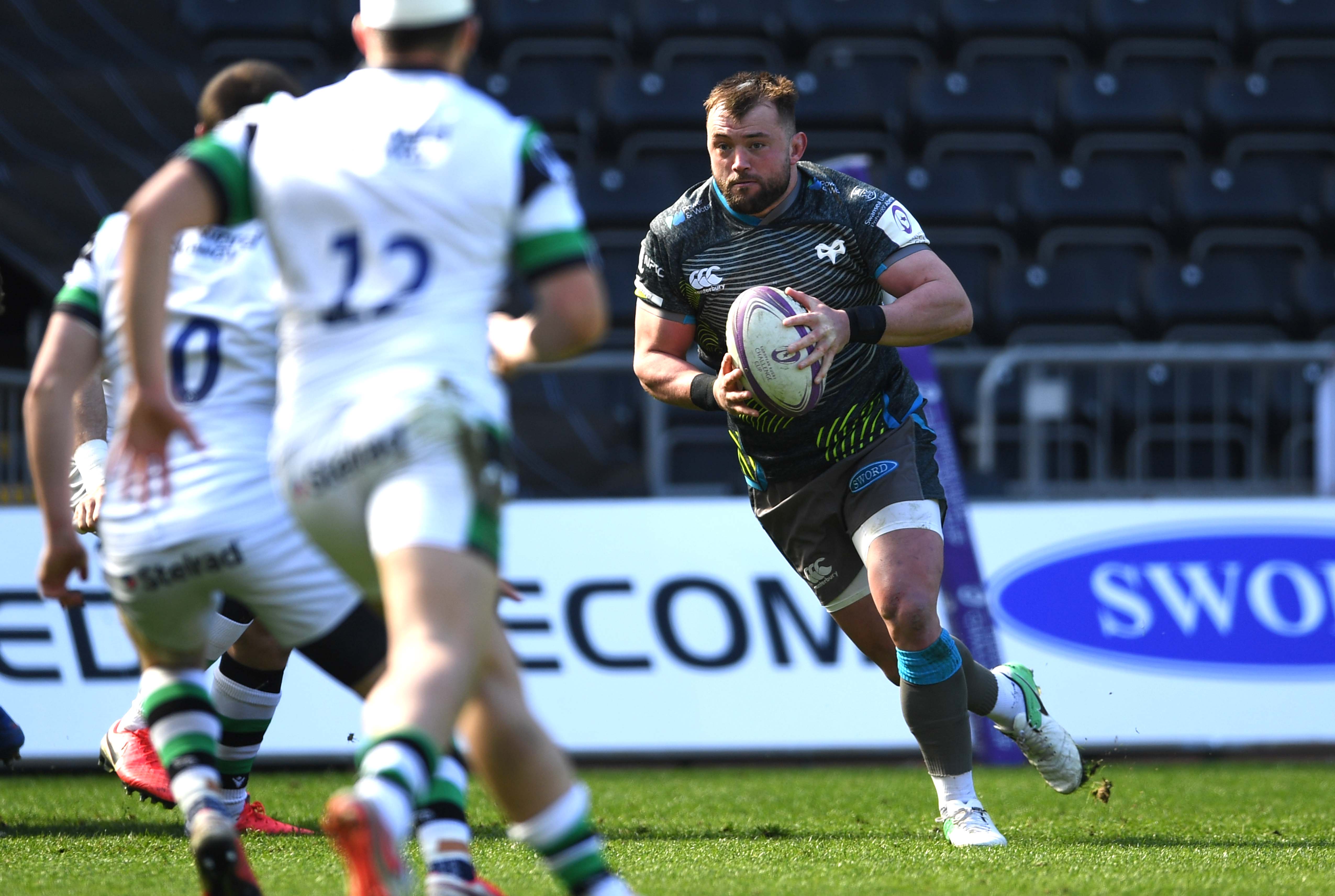 Ospreys Rugby are delighted to announce that hooker Sam Parry has signed a new deal to extend his stay at the Ospreys.

The Wales international, who made his Test debut against France in a friendly before the 2020 Autumn Nations Cup, has agreed a two-year contract to stay at the regional rugby franchise.

Parry’s impressive form for the Ospreys earned a much-deserved International call-up and he scored his first Test try on his first start for Wales against Italy.

He made his Osprey debut off the bench in the opening round of the 2014/15 season in a 44-13 win over Benetton at the Liberty Stadium. Since then he has established himself as a mainstay at the region and joined the Ospreys centurion club earlier this season making his 100th appearance for the side.

The hooker has racked up 19 tries in total in an Ospreys jersey, most recently crossing the line during last Saturday’s derby versus Cardiff Blues.

Parry became the first ever Osprey forward to score a hat trick back in September 2018.  He added to his record at the start of the 2019/20 season, crossing the whitewash for the hat trick against Benetton back in October, the only forward in Guinness PRO14 history to touch down for two trios.

“I’m really pleased to have signed a new contract keeping me at the region for another two years. I love playing for the Ospreys and take great pride in pulling the shirt on every occasion I have the opportunity to do so.

“There is a real buzz and excitement within the region with a lot of changes happening both on and off the field.

“These changes have meant we’ve taken big strides this season as a side as well as building a strong culture and team environment which challenges you to be the best you can every day. I’m looking forward to seeing where we can go as a group while also pushing myself to keep improving as a player.”

Sam Parry
"I love playing for the Ospreys and take great pride in pulling the shirt on every occasion I have the opportunity to do so."

“Sam became a Wales international this year after his performances with the Ospreys.  While it was a great personal accolade for him, it also reflected well on what we are doing at the Ospreys.

“He is a hooker who can influence the game and he has a knack of scoring tries which is a great characteristic for the team.”