The highly-anticipated round 5 match between the Ospreys and Dragons took place at St Helens, the home of the Ospreys Women, on Sunday afternoon.

The Ospreys sought revenge after losing to the Dragons in the earlier rounds.

The game began quite balanced with some noticeable absentees from both teams. The dominance of the Ospreys pack started to tell early on that saw Keira Bevan dart over for the first Ospreys points.

Soon after some keen backs by the ospreys saw Fee Bowen break clear before offloading to Rosie fletcher who scored just left of the posts.  The try was converted by Robyn Wilkins.

The Dragons started to go through the gears just before a 2v1 saw Siwan Lillicrap pass to Cara Hope to trot over from 15m.

The Dragons finally struck back with a well worked forwards effort from Rhian Bowden.

2 minutes after the half time break Robyn Wilkins broke the Dragons defence and cantered over for a try which she also converted.

Shortly after another well worked forwards try was scored by the Dragons with Kate Hallet going over.

The dominance of the forwards told once more with Siwan Lillicrap having already been integral in 1 try controlled the ball at the back of the Ospreys scrum as it powered over the try line.

With the Scarlets defeating the Blues, 35-5 at BT Sport Cardiff Arms Park, it means that the Women's Regional Championship will once again come down to a winner takes all shootout between West Wales rivals Ospreys and Scarlets. 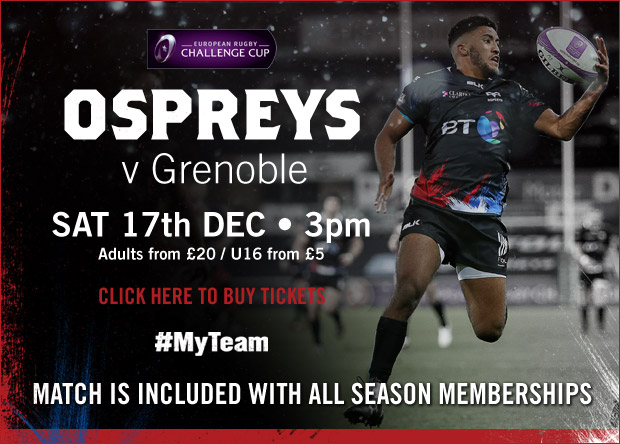