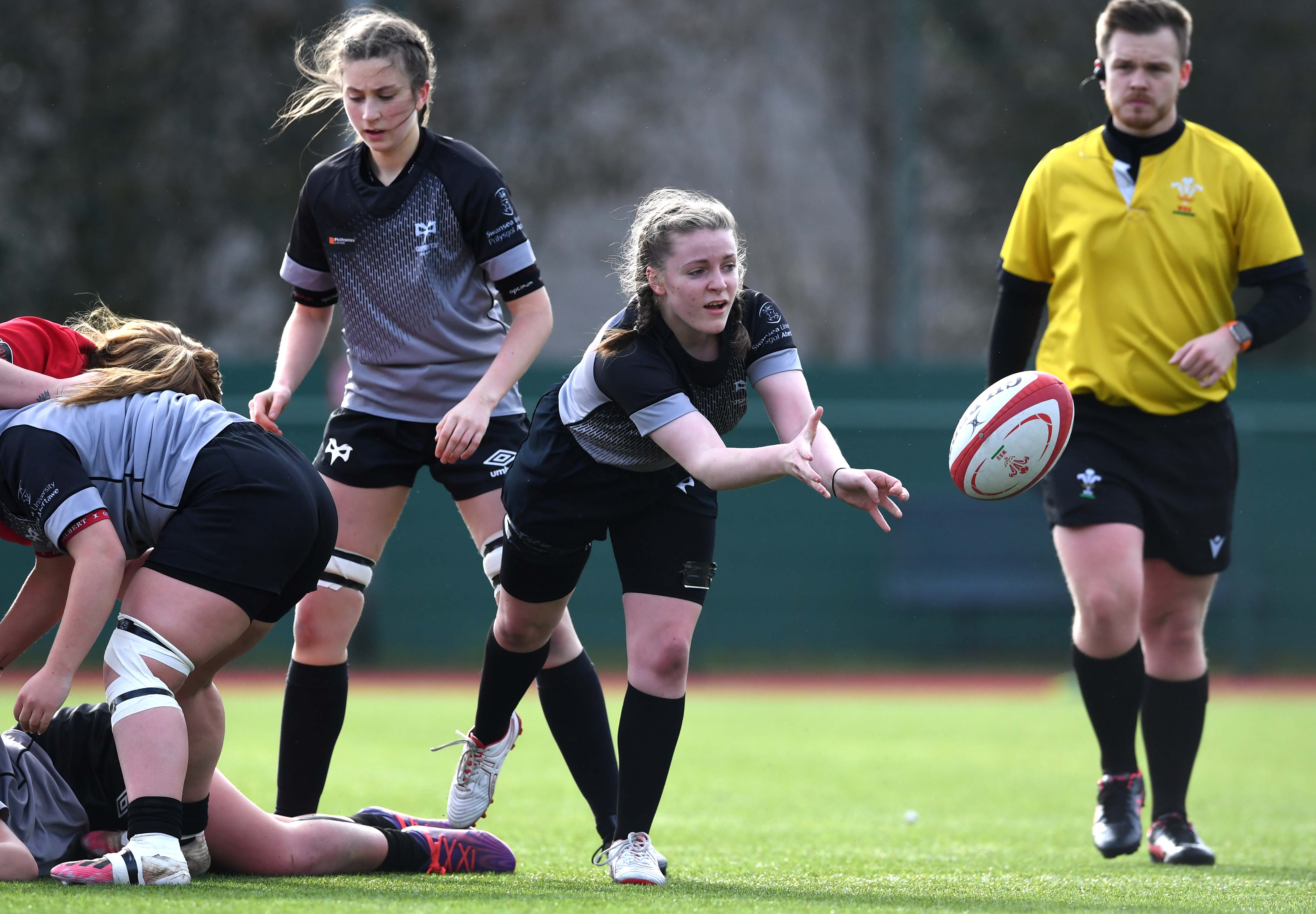 Ospreys Women back in action

Ospreys U18s Women made their long-awaited return to action on Sunday afternoon when the Women’s U18 Regional Tournament kicked off at the Centre of Sporting Excellence, Ystrad Mynach.

There was plenty of talented performances on show giving the National coaches plenty of food for thought ahead of selection for the Wales U18s side. Each team played each other in 20-minute matches throughout the day.

Ospreys were off to a flying start in their opening game against the Scarlets. A solid performance from the side saw prop Chloe Gant power over the line for the opening try in the last play of the game to clinch the win. Hanna Marshall with the difficult conversion to hand Ospreys the 7-0 victory.

The side faced a strong Cardiff team in the next round. Despite a huge effort from the women in black, the capital team powered to a 14-0 win. Up next, Ospreys faced the Dragons who scored an early try from the Dragons to keep the Ospreys on the backfoot. An outstanding display in defence from the Ospreys kept play locked in their own half and left the Dragons struggling to convert territory into points to leave the final score at Dragons 5-0 Ospreys.

In their final game of the tournament, Ospreys faced North-Walian side RGC. Another tough encounter but Ospreys showed huge potential in attack. But a strong showing from their opponents saw RGC claim the 12-0 win.

Ospreys Coach Stef Andrews said: “I’m immensely proud of all the girls who played today, and they all should be too. Results may not have gone in our favour, but you cannot fault the effort or commitment from everyone out there.

“The girls were all gutted at the end not to pick up more wins but that just shows to us how much they all want it! There’s more to come from this team and they know what they need to work on to improve as a team and as individuals. I’m excited for the next two weeks and seeing where this side can go.”

The Womens U18s Regional tournament will continue next weekend at Merthyr RFC on Sunday 13 February and at Cardiff Arms Park on Sunday 20 February.