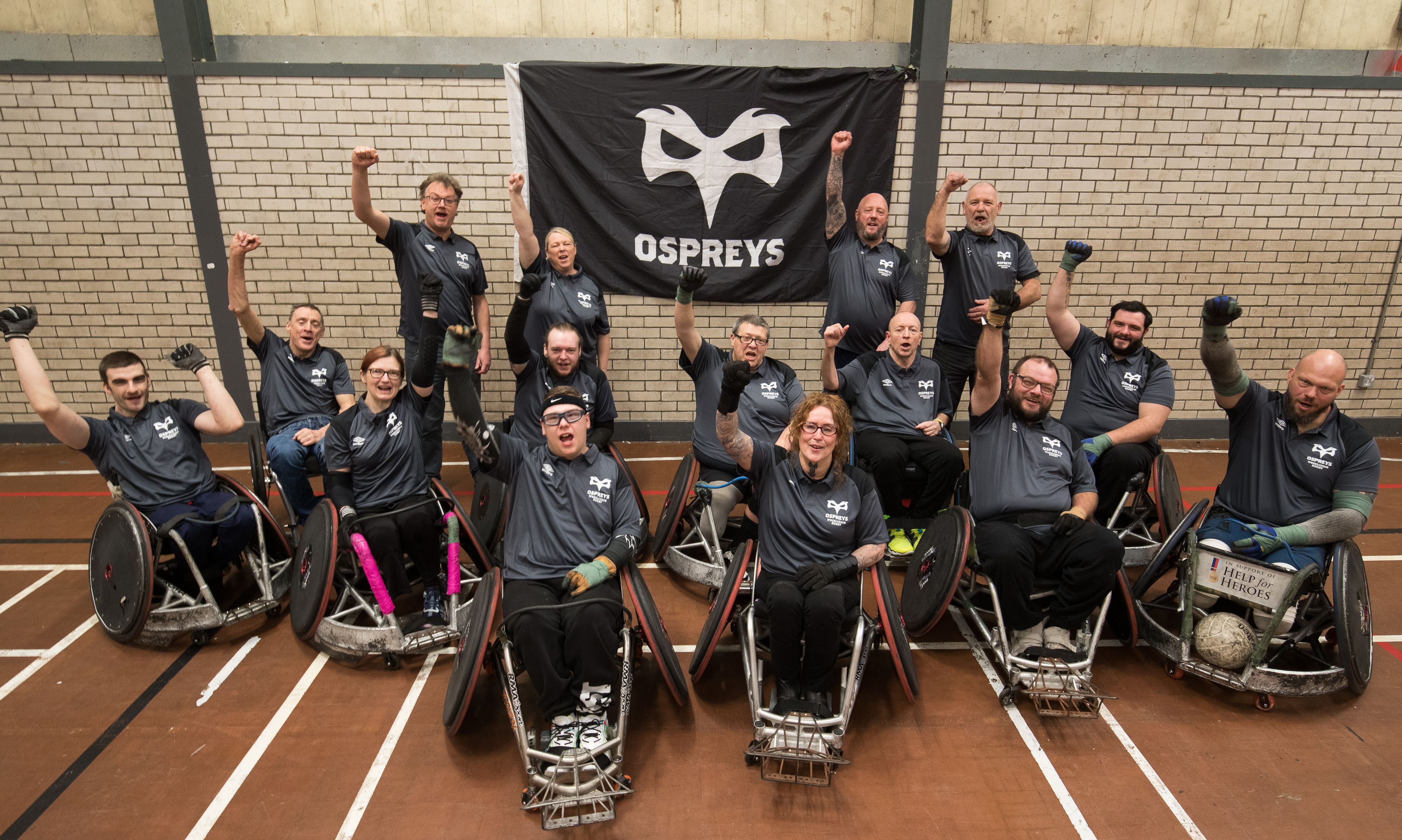 Ospreys Wheelchair Rugby Team were all kitted up and ready for the finals, yesterday as the battle for first place this season began.

Ospreys knew it wasn’t going to be easy play with two of their key players out of action but the team were ready to put their fitness and skill to the test.

The first game at saw the Hawks swoop in from all sides. Ospreys defence was weak from the start giving Hawks the advantage throughout the game to pick up a 7-22 win.

In their second game of the day against Northampton Saints, Ospreys battled it out in defence but their attack weren’t strong enough, allowing the Saints to take control and come away with a 7-16 victory.

Next up for the Ospreys was the challenge of Stoke Mandeville Maulers. Ospreys picked up their game and applied the pressure on the Maulers defence but their opponents dug in to win 12-19.

In their final game of the day Ospreys faced Leicester Tigers. The game was fast paced from the start with Ospreys keeping good possession of the ball until the Tigers surged in with a takeover score of 10 -20.

A great day of action packed wheelchair rugby from all teams with Northampton Saints coming away as this years Champions.

Ospreys would like to say a big thank you to GBWR for organising the event at Stoke Mandeville Stadium and to all the teams who played and their support staff for helping.