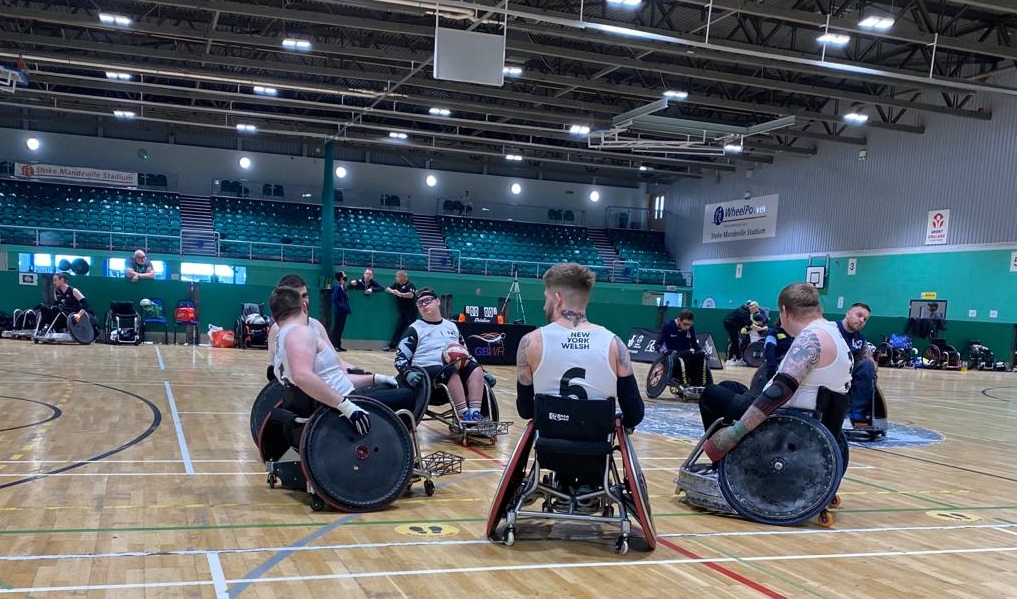 The Ospreys Wheelchair Rugby team picked up 2 wins and 1 loss in the third tournament of the GBWR 4's National league over the Easter weekend at the Stoke Mandeville Stadium.

The Ospreys had a bright and early start with their first game at 9am against the Solent Sharks Red.  Ospreys knew they were up against a strong team after falling short the last time the two sides met each other. Both teams were on fire for every minute of the game, try after try on both sides with the scores neck and neck all the way. Relentless speed right up until the last few seconds on the clock went in favour to their opponents who clinched the 42-43 victory.

Next up the side faced the Stoke Mandeville Maulers. Again both teams were on form but the speed of the Ospreys defence proved to much for their opposition with the scooping the 47-32 win and first win of the day.

In their last game of the day the Ospreys faced Solent Sharks Black. The game kept a good tempo with Ospreys stepping up their defence time after time to give plenty of space to the ball handlers to keep topping up the scoreboard. A solid performance from the team saw them come away with a 46-22 win.