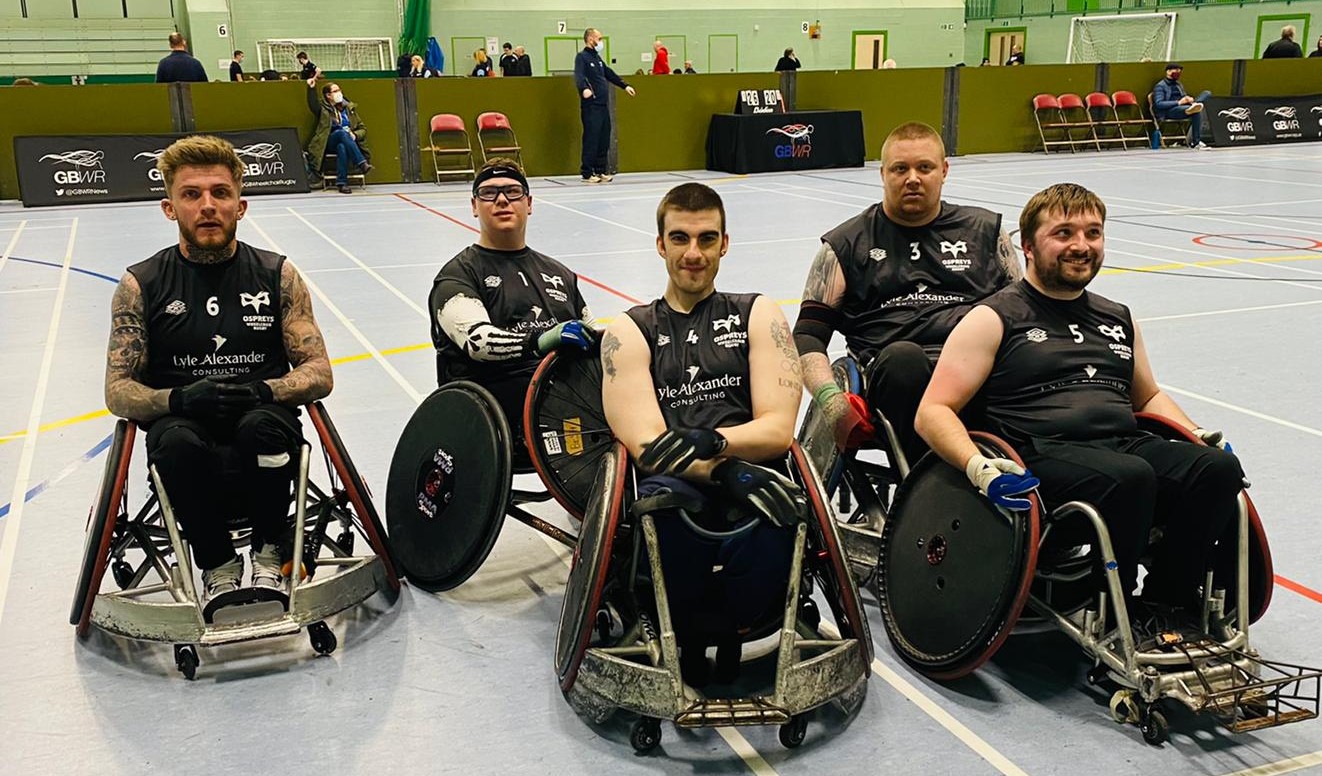 For the first time in 2022, the team of five took to the court for a round of six games throughout the day.

Each player knew what they had to do along with some direction and guidance from team member and ex Paralympian player David Anthony, who stepped in as coach. They all worked their magic and came away with 5 wins and 1 loss. Alongside Anthony, the team consisted of Matthew Wills, Ky Bishop, Leuan Coombes and Joel Connor-Saunders

Ospreys rolled on court for an early start for their first game against the Bournemouth Lions. Both teams started off good but the Lions lost their roar in defence, weak enough for the Ospreys to take over and come away with the 28-12 win.

Our second game of the day against Solent Sharks Red took on a faster pace. Both teams upped the tempo with all players ready for the charge. Ospreys attacked had but their opponents defence held strong with Solent Sharks Red taking the 24-29 win.

The last game of the morning with Solent Sharks Black was slow starting but picked up rhythm with Ospreys taking over the court with a great win of 12 – 29.

First game of the afternoon at 2 pm, Ospreys V Brighton Buccaneers. A performance of easy play for the Ospreys, rolling away with a high win 7 – 36.

Ospreys faced Stoke Mandeville Maulers in the fifth game. Chair bashing to the max, both teams had a strong defence but Ospreys unstoppable attack pulled in a win of 17 – 22.

The last game of the day Ospreys battled Gloucester Titans. It was all or nothing, both teams giving everything they had, defence from all directions was outstanding but the Ospreys speed and team tactics won the match with a score of 20 – 26.