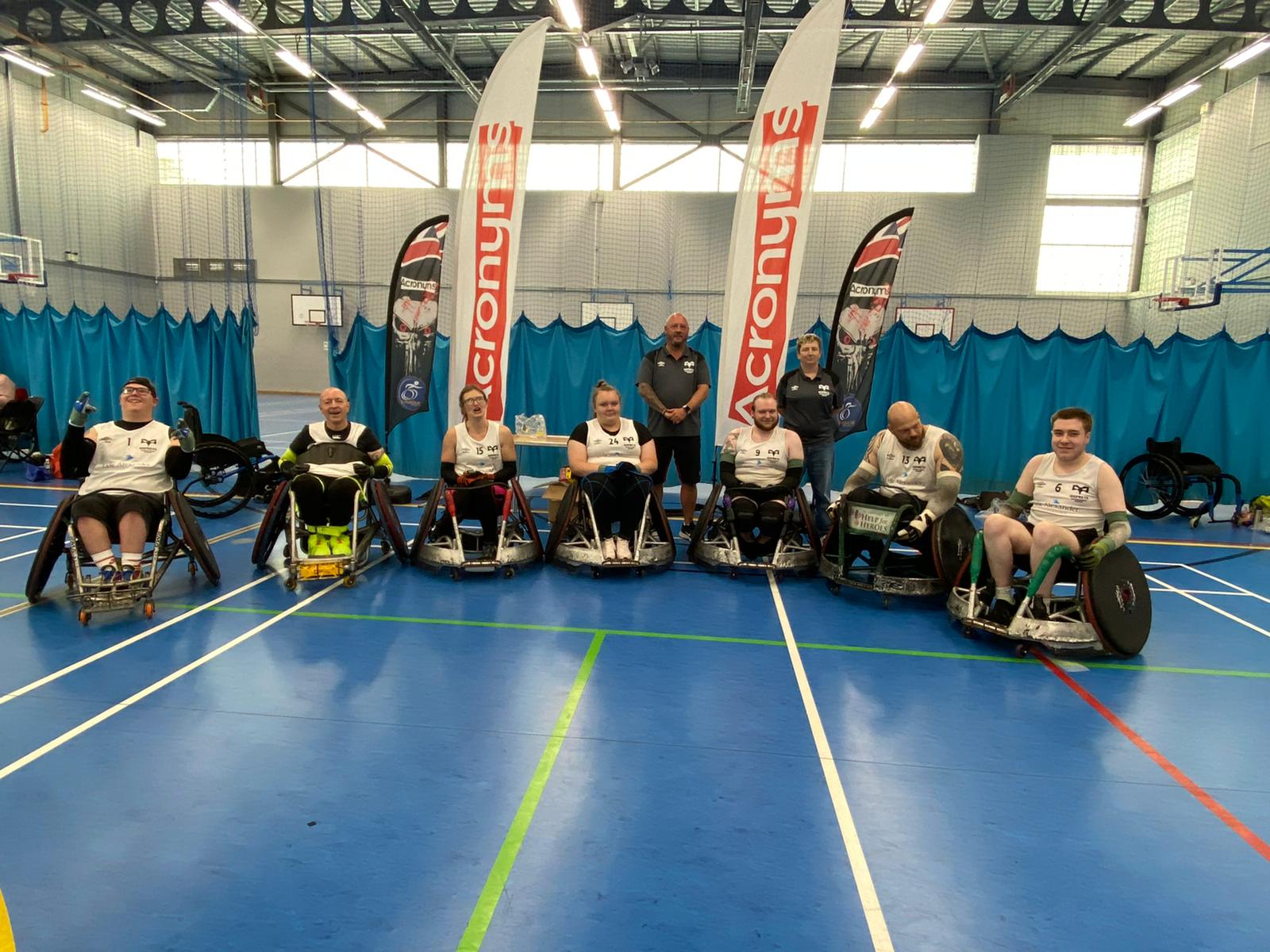 Ospreys Wheelchair Rugby finish their season off in style

Ospreys Wheelchair Rugby Team signed off their season in style, picking up four wins from four on the weekend at Marjons University in Plymouth at the GBWR 5s Tournament.

In their first match of the day, Ospreys faced the Dragons. The game started off steady until Ospreys quickly spotted the flaws in their opponents attack, breezing their way through the Dragons defence to score try after try to come away with the 20-10 win.

Next up the Ospreys faced the Punishers. Throughout this season's Development League both teams have given their all against each other for the star title and Saturday was no different.  Speed, power, skill and team spirit brought the game alive between these two squads. The game was electric with close scores all the way to the end until Ospreys swooped the win 18 -20.

First game of the afternoon, Ospreys faced off against Bristol Bears.  Ospreys were on a winning streak and took over the game from the time the clock started down to the very last whistle blow, with the Ospreys coming away with the 24-4 victory.

In the final game of the day, Ospreys faced the Punishers. Another fantastic game with adrenaline pumping through their veins the side came away with the 12-20 win to keep their winning streak and secure the title as Champions!

Ospreys Wheelchair Rugby would like to thank their coach Gareth Stokes for all his support this season. Also a big thank you to GBWR, the support star and all the teams for another successful season.