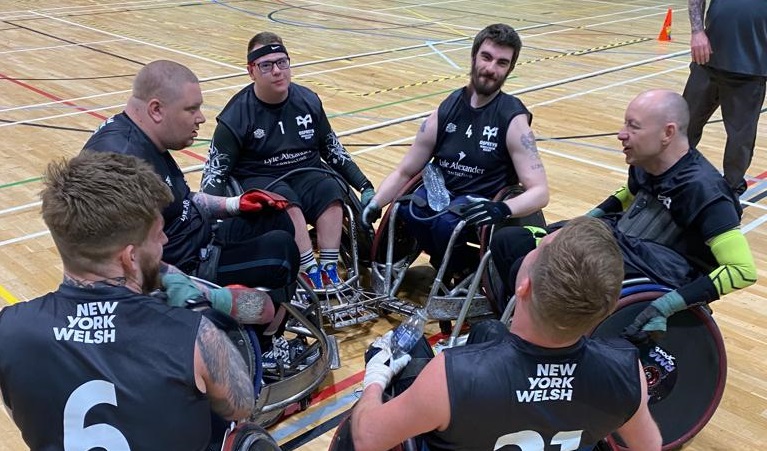 Ospreys Wheelchair Rugby finished the GBWR 4’s National League on a high at Stoke Mandeville Stadium on Sunday picking up 3 wins and 1 loss on the day.

First up for the Ospreys were the Sharks Red. After losing against the Sharks by just one point in their last game, the heat was on and Ospreys were ready for the challenge. But it was the Sharks who turned up the onslaught and although Ospreys maintained their defence with countless strikes, Solent Sharks Red attacks were stronger and more precise, taking a win of 33 – 47.

Next up Ospreys faced the Mavericks. It started off calm, before Ospreys stepped up a gear in their defence and kept the pace throughout the game. Fast and unstoppable came the attacks with swift moves from all players, leaving Mavericks unable to hold their defence long enough. Ospreys kept topping up the scores even when coach Gareth Stokes was in the sin bin, they took the win 24 – 44.

In their third game of the afternoon, Ospreys faced Stoke Mandeville Maulers for another strong game. The defence from both teams were blocking the right players but the Maulers couldn’t hold back the force, speed and power Ospreys were pilling on them. Again it was all about keeping the ball in their hands and with youngest team player Ky Bishop inbounding the ball that’s the way it stayed. Ospreys taking away a win of 18 – 39.

The last game of the day Ospreys faced the Solent Sharks Black. Players on both sides were on top form until Sharks Black started to show weak spots in their defence giving Ospreys the perfect opportunity of a high score as the clock count down began giving them a win 35 – 45.