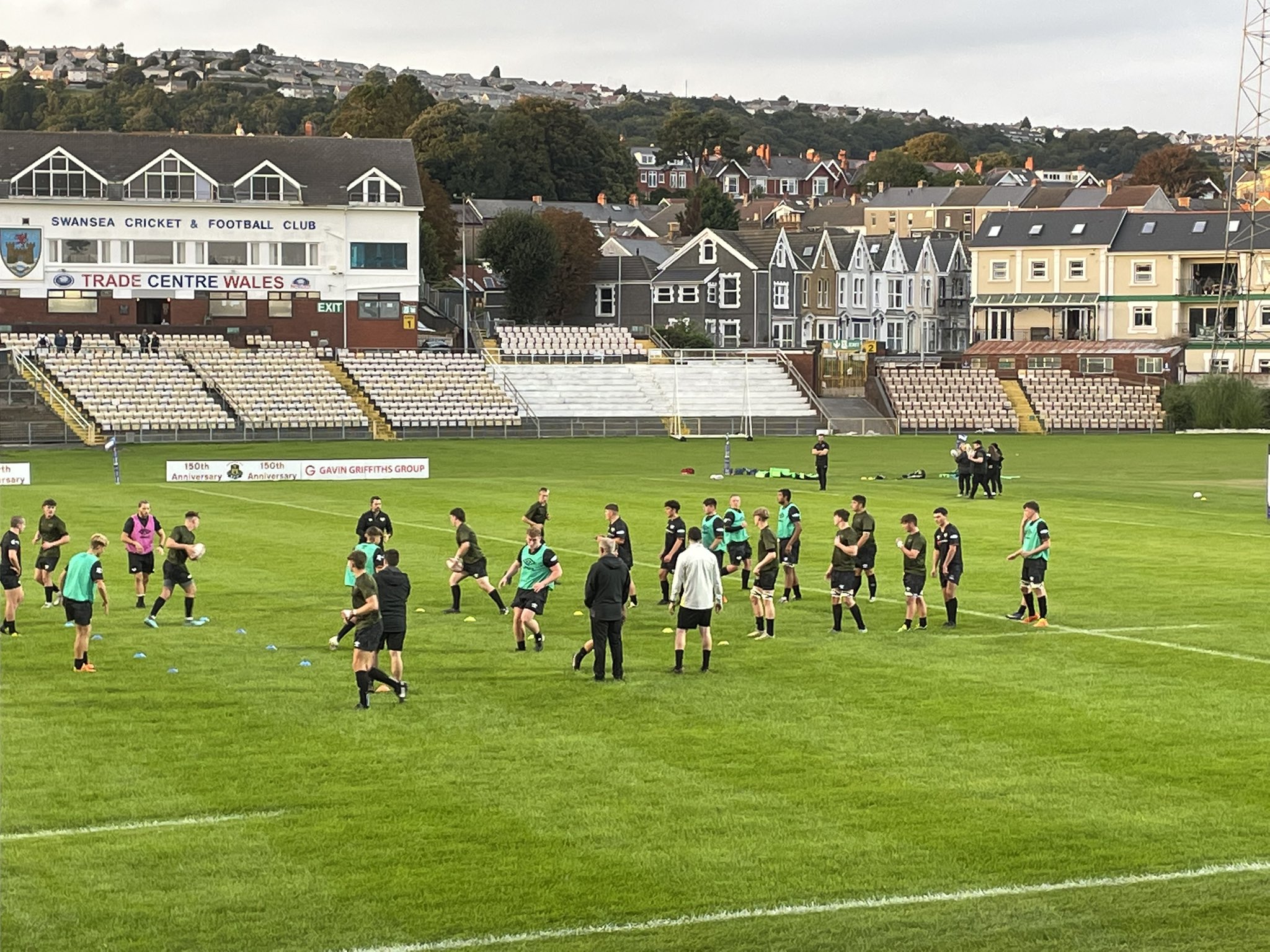 It took just two minutes for the hosts to open the scoring. Captain Jack Hoskins read a Scarlets back move perfectly to intercept and race clear under the sticks. Emrys Jones converted.

Scarlets replied with a well-deserved try of their own. Second row Josh Wrigglesworth looped round the front of a lineout to link up with hooker Ryan Lewis who scored. Full back Cai Evans converted.

Ospreys then stepped up another gear applying pressure on the Scarlets. Hoskins and Lewis Edwards traded passes before Hoskins kicked forward, he then made the tackle on Scarlets’ Daniel Morgan before turning the ball over. The quick ball gave George Davies the opportunity to send a looping pass out to hooker Llion Jones who finished the move off. Jones failed with the conversion.

The hosts continued piling on the pressure, winger Lewis Edwards was agonisingly close to extending the lead however, he was held up over the line.

The third try did come eventually, Tyler Davies returned a Scarlets clearance kick at pace, he broke through a tackle before slipping the ball into the hands of Levi Perry who used his pace to score. Jones pushed the conversion wide.

Scarlets did battle hard towards the end of the first half and were rewarded with a try from second row Wrigglesworth.

Ospreys started the second period on the front foot again. Fly half Jones linked well with Callum Boland and Tyler Davies out wide before the ball came to centre George Davies who drove his way over the try line under pressure. Jones added the extras.

Scarlets replied swiftly after kicking a penalty into the corner, their pack drove their way over the try line. Evans missed the conversion.

From then on the hosts took complete control of the match. Replacement winger Noah Mason finished brilliantly in the far corner moments after coming on. Skipper Hoskins then scored his second after a running a great line from short range. Jones converted both.

George Davies and Hoskins combined once again in midfield creating the space for Mason who stood up the last man to score his second try of the match. Jones missed the conversion.

The visitors eventually responded with two tries of their own, through Olly Lloyd and Dom Kossuth, the second being after Ospreys hooker Reuben Hall was sin binned.

However, it was the hosts who had the last say in their terrific performance, Jones’ cross field kick was gathered by Evan Morris who scored to round the scoring off.