A mouth-watering two weeks of rugby is on its way, as the Ospreys prepare for a Stade Francais double.

The Ospreys take on Stade Francais in a Challenge Cup double header, here at the Liberty Stadium this Saturday, then away, at Stade Jean Bouin next Friday.

While the team prepares to face the Parisians, aiming to continue last week’s return to winning ways, we take a trip down memory lane to revisit previous clashes between the two sides.

They Ospreys have gained one victory, one draw and suffered three losses, with the win and the draw both on home-ground, scoring 80 points (7 tries) and conceding 125 points (14 tries).

Take a look at how we’ve fared in our previous clashes with Stade Francais. 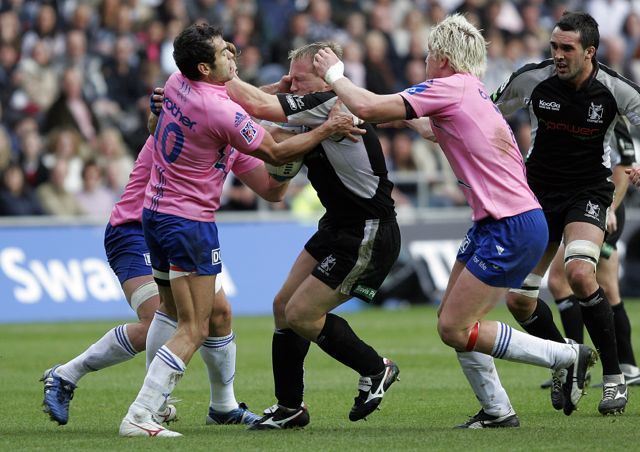 The Ospreys took the honours at the Liberty Stadium,  the only time that the Ospreys have come out on top against Stade Francais.

After a slow start with the teams failing to get the scoreboard rolling until the dying minutes of the first half when Hernandez slotted a penalty kick to take the French side into the lead. However, Sonny Parker was quick to respond and crossed the white wash, successfully converted by Shaun Connor, to push the Ospreys into the lead.

Seconds before the half-time whistle, another three points from Shaun Connor’s boot increased the gap between the two teams and saw the Ospreys 10-3 up at half-time.

As the second-half got underway, the game remained on a knife edge. Entering into the final quarter, Lucas Borges scored the away-side’s only try of the match, which went unconverted, to close the deficit to 10-8. However, a successful penalty kick from Matt Jones in the dying seconds of the game, stretched the Ospreys lead as the home-side held on and claimed victory.

After the Ospreys’ victory over the French side back in October, Stade Francais claimed revenge at Stade Jean Bouin, scoring seven tries to the Ospreys one.

The home-side were quick out of the blocks as Alain Penaud crossed the line seven minutes into the game, David Skrela with the extras. Stade Francais completely dominated the first half, with another three tries scored from Skrela, Hernandez and Kayser. By contrast, the Ospreys had just a Shaun Connor penalty to show for their efforts by half-time.

The third quarter was scoreless before Yohan Montes crossed the line twice in 10 minutes, both successfully converted by Hernandez.

As the clock ticked towards 80, Matt Jones scored the Ospreys’ first try of the game, which he went on to convert, only for Sylvain Marconnet to dab down for his team’s final try to round off a big win for the French. 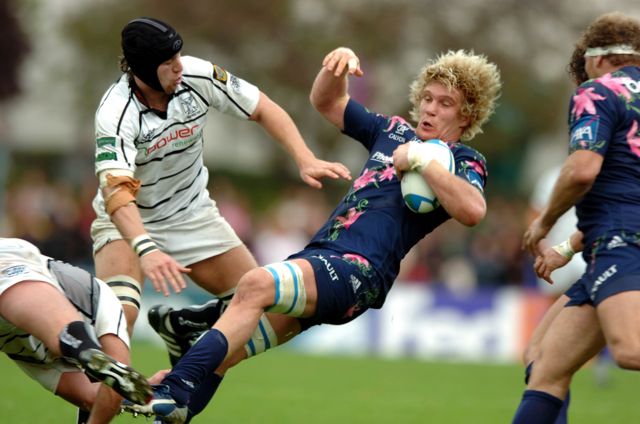 The hosts came out on top in an evenly contest affair, where the Ospreys challenge faded in the final quarter.

After the break Mirco Bergamasco's quick strike from turnover ball stretched the lead before Rodrigo Roncero's controversial try meant that Lee Byrne's late effort was little moe than a consolation on a day when Henson missed four penalties.

The Ospreys almost pulled off a dramatic Heineken Cup victory after staging a rousing second-half comeback, only to suffer late disappointment through the French side’s last-gasp penalty from Lionel Beauxis secured the 22-all draw.

The Ospreys were behind 19-6 after 60 minutes, but Nikki Walker’s try and James Hook’s nerveless goal-kicking – he finished with 17 points from five penalties and a conversion – put them ahead before the visitors salvaged the dramatic draw. Gavin Henson almost snatched it for the Ospreys with an ambitious drop-goal attempt in the dying moments of the game that drifted narrowly wide.

Stade were first to get the scoreboard running through Skrela’s penalty, but James Hook landed an equalising penalty eight minutes later. Despite the Ospreys being aggressive in attack, Stade stung them with a try early in the second quarter from Hernandez, converted by Skrela. Hook was quick to respond, landing a second penalty. A Skrela drop-goal and a further two penalties took Stade 13 points clear.

The Ospreys finally stirred as the closing quarter beckoned. Two Hook penalties in quick succession narrowed the gap to seven points. With 14-minutes remaining, Walker rounded off concerted Ospreys pressure by touching down between the posts – Hook successfully converted. With four minutes left to play, Hook landed a 40-metre penalty that put the Ospreys in front for the first time. However, this lead was to be wiped off late on by Beauxis’ long range penalty.

For Ospreys fans, this is a game that is still raw in the memory as it was quarter-final heartbreak at the Principality Stadium.

It began positively, the Ospreys dominating, but all they had to show for their early efforts was three points from Dan Biggar’s boot who slotted over a simple penalty. Despite the Ospreys’ dominance, Stade levelled in the 27th minute as Jules Plisson secured the penalty kick. However, their three-point lead just shy of the half hour mark was a scant reward for their efforts to that point, and Stade snatched the lead against the run of play, as Zurah Zhvania touched down to create a five-point lead. Minutes later, Biggar was quick to respond and being on target again, he reduced the deficit, so the Ospreys trailed by two points at the end of a first half that they had controlled.

The Ospreys took the lead early in the second half, courtesy of a Josh Matavesi try and the boot of Dan Biggar, but they were unable to hold on to the lead, despite a numerical advantage following a red card to Stade winger Josaia Raisuqe in the 52nd minute.

The French side scored two quick fire tries from Rapheal Lakafia, 54-minutes in, and Julien Araias (59), both successfully converted, despite being a man short.

The Ospreys trailed by 11 points going into the final quarter despite their numerical advantage and, although Tyler Ardron grabbed a try with three minutes to go, they were unable to turn it around, with the score at 21-25 at the final whistle.

Stade then went on to lift the trophy in May. 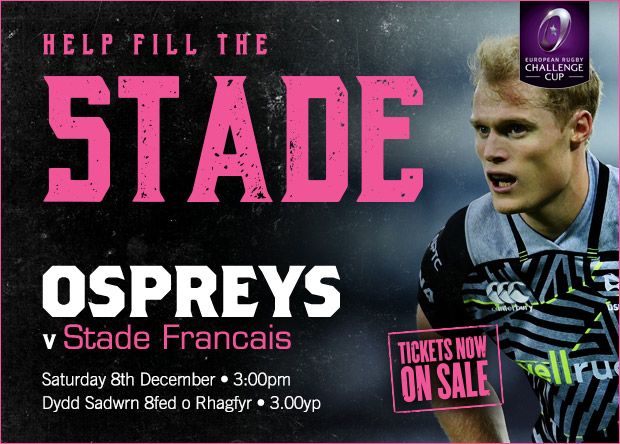