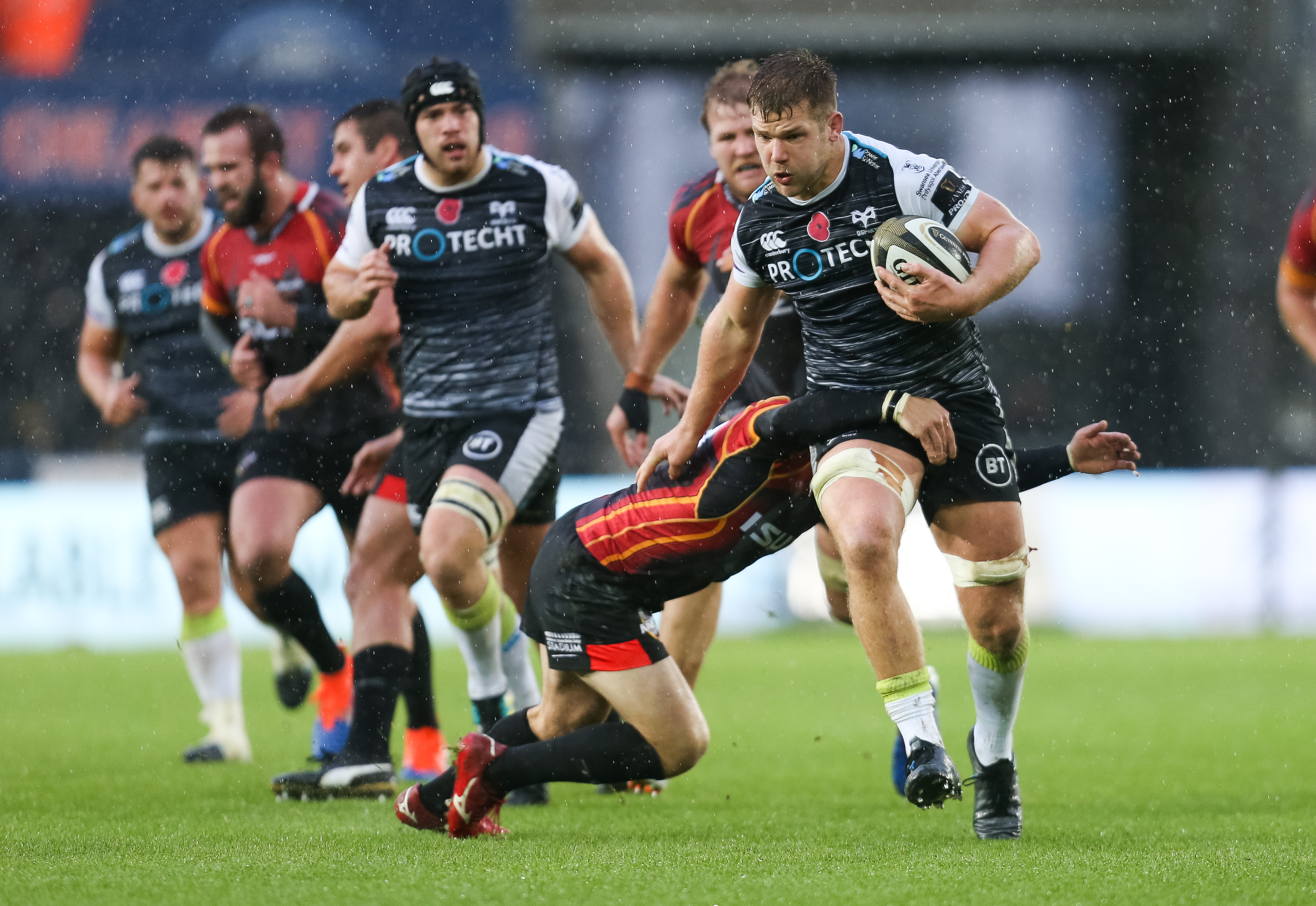 The Southern Kings came to Swansea in pursuit of their first Guinness PRO14 victory, while the Ospreys look to bounce back from a disappointing defeat at the hands of Connacht last week.

The scoreboard in the first half belonged solely to the visitors, who claimed two three pointers from the tee and a wonderfully taken try in the first quarter of the game. The Ospreys, despite some aggressive carrying, remained pointless at the interval.

Two tries courtesy of Morgan Morris and Hanno Dirksen in the second half meant the hosts were within two points with minutes remaining. A late 50m attempt at goal by James Hook dropped just short in the pouring rain, handing the Southern Kings an important victory on the road. The full report can be read below.

It seemed as if the Southern Kings got the opening score of the game after ten minutes, after sustained pressure inside Ospreys' 22, but the try was disallowed. The visitors were awarded a penalty however and fullback Scott van Breda bisected the posts for three points.

A creative counterattack from the restart by the Kings took the Ospreys by surprise, and outside centre Erich Cronje finished off a wonderfully worked try. A simple conversion was knocked over and from nowhere the Ospreys found themselves ten points adrift after fifteen minutes.

Ospreys dominated possession and territory following the score, and another powerful shunt in the scrum granted the hosts a free kick, and a foothold in the Kings' half from which they launch an attack. The Kings' defence hold strong, however, and manage to keep the Ospreys out, despite wave after wave of strong carries in the midfield.

A penalty for offside on the half-way line gave the Southern Kings an opportunity to claim further points just before heading into the changing rooms. Van Breda kicked the long-range goal and extended the Kings' lead by three.

Barely four minutes into the second half, van Breda got the scoreboard ticking once more and the visitors added another three to their tally.

Moments later, the Kings are penalised at the scrum and it was a popular decision at the Liberty Stadium as fullback Cai Evans nudged his side into the Southern Kings' corner. The home side set up camp in the 22 and twice were just short of the whitewash. A third penalty on the 5m line and the Kings' defence desperately tried to keep the hosts out. The forwards hurled themselves against the defensive wall time and time again until eventually it was breached by number eight, Morgan Morris, who barrelled over from short range. James Hook, who replaced Luke Price at half time, knocked over the conversion and closed the gap to nine points.

Ospreys' dominance at the scrum offered up another opportunity to get into Southern Kings' 22, and the attacking lineout set the hosts up nicely for another assault on the try line. A deft inside pop by Venter sent Dirksen through a gap, and again the Ospreys found themselves just metres short of the try line.

Referee Andrea Piardi stopped the game to take a look at the big screen, following a call from the TMO for potential foul play after Hook received a nasty blow to the head while on the ground. Kings' try scorer, Cronje, is deemed to have been the culprit of the foul play and is shown a yellow card.

After yet another penalty from the scrum, the Ospreys began hammering away at the visitor's defence. A few brutal phases later, the ball was spun wide, tipped on by Thomas-Wheeler to Cai Evans, who found Hanno Dirksen in open space on the right wing. The winger cantered in for Ospreys' second of the game, closing the gap by five more points. Luke Price, who was back on for Hook while he received a head injury assessment, nailed the conversion and with eight minutes to go, the Ospreys were back within one score.

It was very tense around the stadium as the clock neared the 80th minute, and when the Southern Kings were pinged for offside at the ruck, the crowd held its collective breath as Piardi indicated a shot at goal.
Unfortunately, Hook's long range effort fell short, and the Kings kicked the ball dead to claim victory.

The Ospreys will next week turn their attention to the first round of the European Champions Cup, as they welcome Munster to the Liberty Stadium.

You can purchase your tickets here, or upgrade to a SIXture ticket bundle to save your seat for all three Welsh derbies, including Judgement Day, and all of our home European fixtures.