Ahead of Friday night’s Anglo-Welsh Cup clash with Harlequins at Swansea RFC’s St Helens ground, we look back at previous clashes between the two teams.

There have been five games between the sides, dating back to the 2004/05 season, with the Ospreys winning four and Harlequins one, their sole victory coming in the most recent fixture, at Bridgend Ford Brewery Field in 2013.

Eight Gavin Henson penalties saw the Ospreys home in the first clash between the two teams.

The English side opened the scoring, Tom Williams with a try in the first minute, but it was all Ospreys from then on in, Henson kicking four penalties in each half. 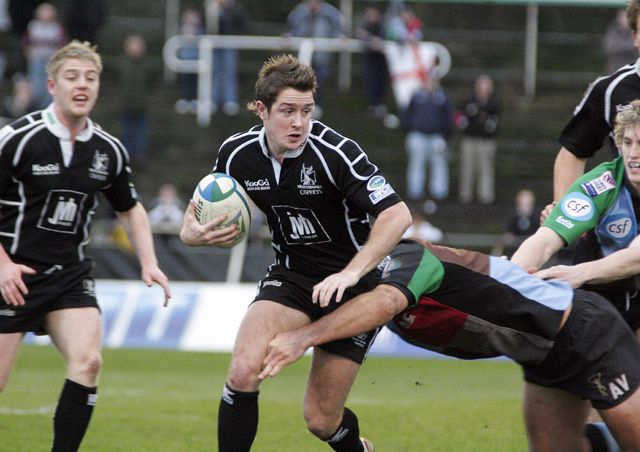 A week later, Henson was at the heart of a stunning team performance with a 26-point haul that included a try in each half.

Ryan Jones, Shane Williams, Matthew Jones and Stefan Terblanche also touched down as the Ospreys demolished the Quins, whose only response came via a Will Greenword try and 14 points from the boot of Adrian Jarvis.

The 27-point winning margin could have been even bigger, man of the match Henson missing with five of his 12 kicks at goal.

The Ospreys booked a spot in the EDF Energy Cup semi-final for a second successive year after this win in London.

For the third time in as many matches between the teams, Gavin Henson took the man of the match accolades, scoring all of the Ospreys points with two penalties in each half before a late interception try, which he converted, to seal the win.

Unbelievably, at one stage in the first half the Ospreys were down to 12 men with Henson, Paul James and Lee Byrne all in the bin, but they held on to go in 6-3 at the break. Harlequins points came from a De Wet Barry try at the start of the second half along with an Adrian Jarvis penalty. 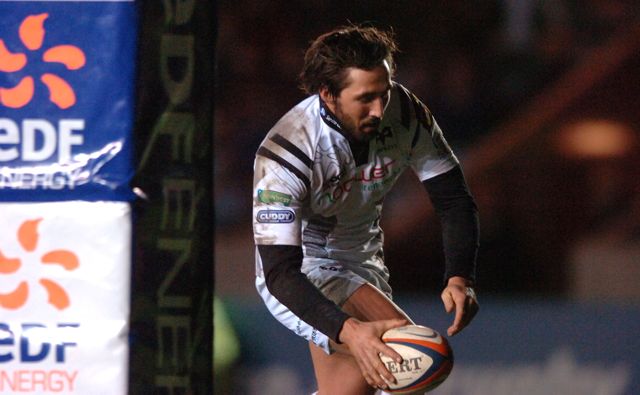 Harlequins were denied a first ever victory over the Ospreys on their first visit to the Liberty Stadium thanks to a Tommy Bowe try, converted by James Hook, with the clock showing time-up.

The Ospreys led 14-3 at the break through a Shane Williams try and three Hook penalties before the visitors roared back in the second half, De Wet Barry and Tani Fuga tries meaning Harlequins led 23-17 going into the closing stages. 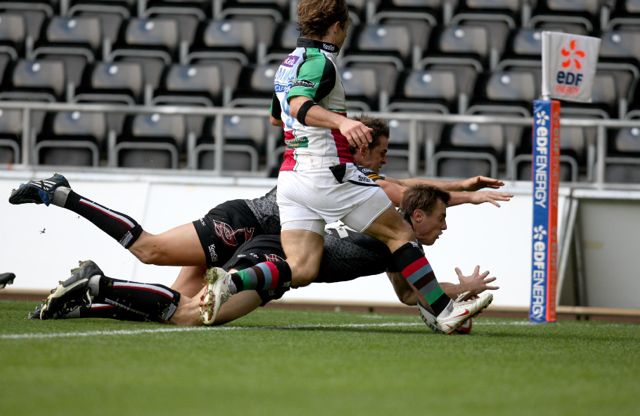 Harlequins finally clinched their first win against the Ospreys at a wet Bridgend Ford Brewery Field, to secure their passage to the semi-finals.

All the Ospreys points came from the boot of Matthew Morgan, with the only try coming from Harlequins centre, Matt Hopper, after thirty minutes, to give the visitors a 13-9 half-time lead.

Tickets for Friday night’s game, which kicks off at 7.35pm, are available now from the Liberty Stadium Ticket Office and online at www.ospreysrugby.com/buytickets or you can pay at the gate on Friday night.

Season members are respectfully reminded that their cards will not gain them admission on Friday night and, as in previous years when games have been played at Bridgend and Neath, you need to collect your match ticket from the Liberty Stadium Ticket Office, with the deadline at close of play on Wednesday.