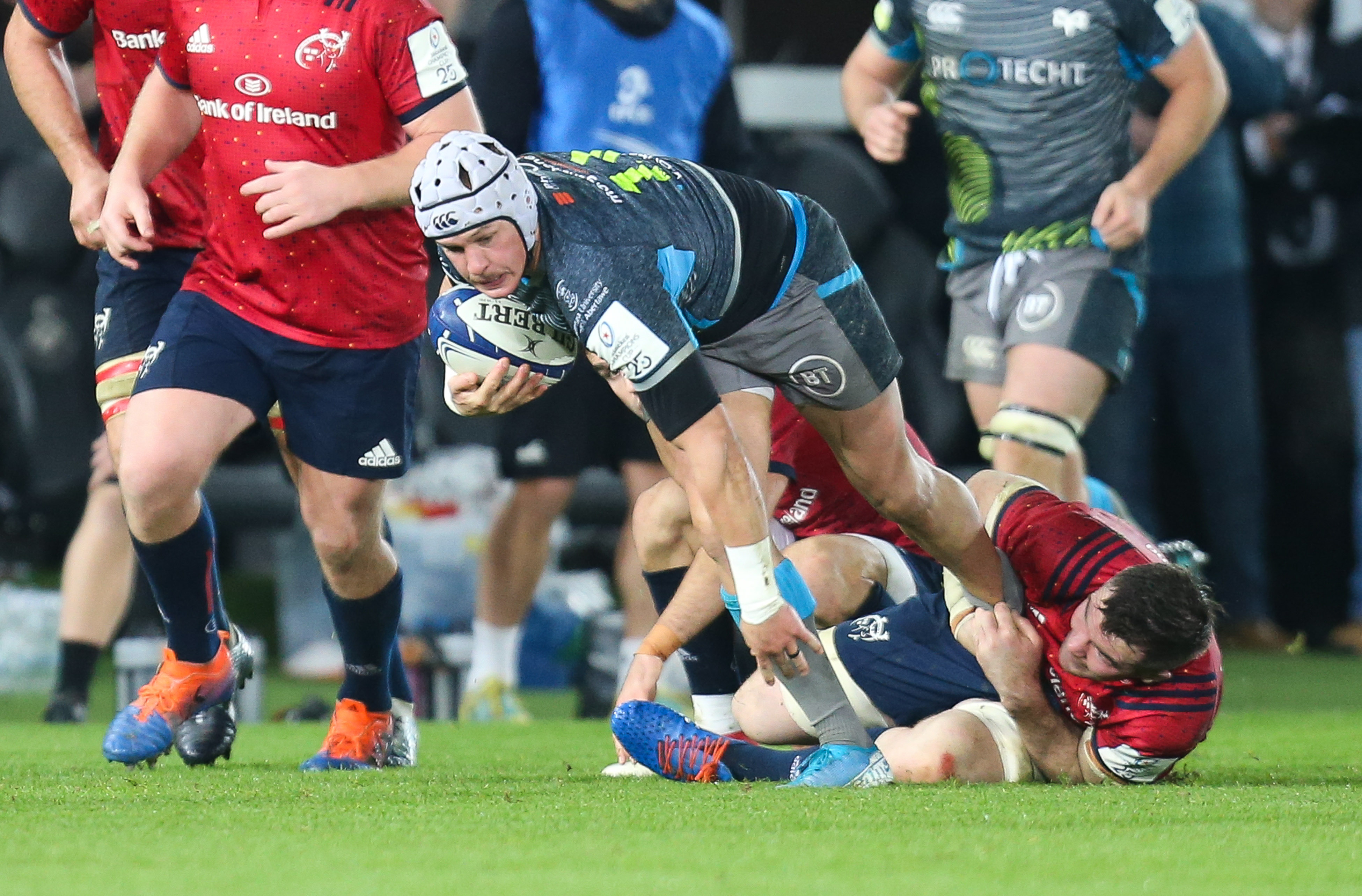 The first round of the Heineken Champions Cup opened with a bang against Munster, with a healthy contingent of Munster fans sweeping into the stands before kick-off.

The first half was a fairly even affair as Price and Bleyendaal exchanged a pair of penalties each. A late try from Munster's Loughman, converted by Bleyendaal, was the only thing separating the two sides.
A penalty won from the scrum gave Luke Price an opportunity at goal from Munster's 22m line, and with calm assurance, the outside half knocked it over to give the hosts an early lead, 3-0.

Munster found their way into Ospreys' 22 next, with an excellent kick from the boot of Bleyendaal. The attack from the resulting lineout failed at the last hurdle as Earls failed to gather the pass out wide. Minutes later, Munster were back on the attack and a creeping defensive line were caught offside and Bleyndaal converted an easy penalty kick to bring the game level after fifteen minutes, 3-3.

Dirksen gathered a huge up and under, and took it to the line hard, but Munster quickly got over the ball and Bleyendaal was offered a second shot at goal. The Munsterman claimed another three for his team, doubling the score for the visitors, 3-6.

A high tackle on Hanno Dirksen just outside Ospreys' 22 give the hosts an opportunity to clear their lines. A second penalty moments later let Price kick deeper into Munster's half. A third penalty seconds later, this time for a high tackle on lock Orie, and referee Karl Dickson issued a warning to Munster. Price punished the visitors with another long-range penalty, bringing the teams level on points with ten minutes to go, 6-6.

A half break by Munster captain O'Mahoney gave the men in red another opportunity for the line, but some excellent scramble defence from the Ospreys prevent the score. Venter almost plucked the ball mid-pass for an intercept but was unable to keep his hands on the ball. From the resulting scrum, Munster once more begin assaulting the line. It looked like Jeremy Loughman might have gotten the ball down over the line after series of powerful shoves, but it went to the TMO for a possible knock-on. There's no evidence against awarding the try, and Dickson gave it to Munster. Bleyendaal converted and Munster found themselves seven points ahead at half time, 13-6

The Ospreys were the first to return to the field, but it was Munster that secured the first points of the second half. From a set piece move at the lineout, Munster break down the right wing. A number of quickly recycled rucks later, and the ball was spun wide to the left wing and to Keith Earls. Despite a heroic last-ditch effort from Dirksen to barrel the winger into touch, the winger scores, giving Bleyendaal a shot at the posts from the touchline. He missed, leaving the score 6-18.

A second body blow was dished out to the Ospreys just a few short minutes later when Andrew Conway capitalised on a spilled ball and raced down the other wing to add a third try to the scoresheet on the 51st minute. Bleyendaal's second conversion attempt from the right touch line was accurate and Munster go further ahead, 6-25.

Much of the second half was contested between the two 22s, with both teams infrequently finding their way into the opposition 22. However, it was youngster Kieran Williams who scythed through the defence to offer the Ospreys a shot at a consolation try, running deep into Munster's 22 and forcing the visitors onto the back foot. A penalty for offside, and it was returning international scrumhalf Aled Davies' quick tap and go that got the crowd off their feet for Ospreys' first try of the game, 13-25.

There was little time to stage a comeback however and Munster were still hunting a crucial bonus point try in the 80th minute. A kick to the corner following a penalty earned on the floor by Tadhg Beirne, allowed Munster to form their trademark rolling maul just 5m out. The entire team piled in and the visitors secured their all-important fourth try, converted by Bleyendaal.

Ospreys will next take on the might of the Saracens at Allianz Park in the second round of the Heineken Champions Cup. Then they'll be welcoming the Cheetahs to the Gnoll on Saturday 30 November as the attention turns back to the Guinness PRO14 Championship.