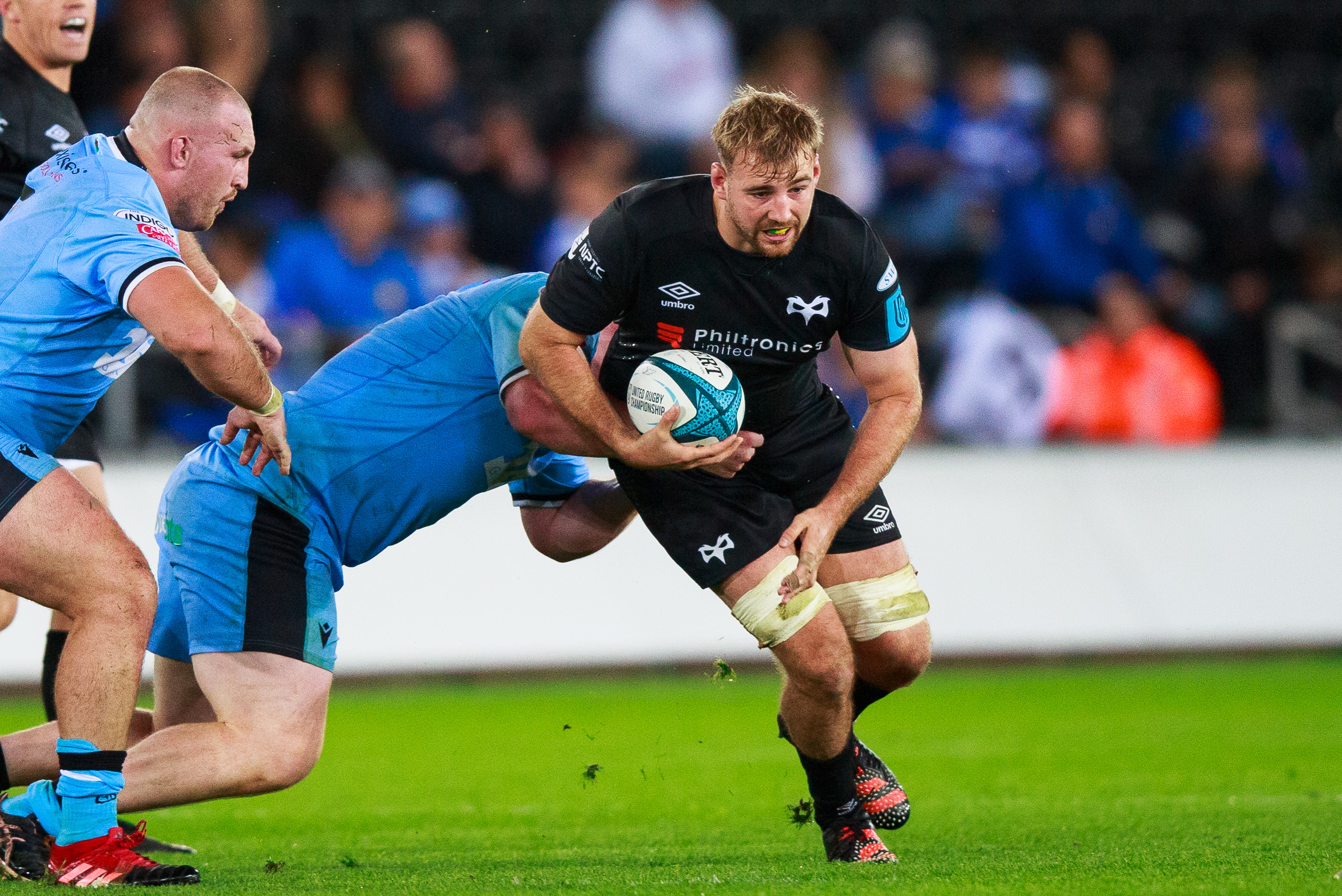 Ospreys welcome league leaders Edinburgh to the Swansea.com Stadium this weekend, so here’s a quick look at our opposition to see what we can expect from the Scottish capital side.

The two sides have faced off on 33 occasions and it’s the Ospreys who have enjoyed the most wins so far, with 19 wins, 13 losses, and one draw.

Edinburgh’s attack is potent. They sit 2nd overall in the league, just behind Leinster, with 205 points scored this season, of which 140 have come via their 28 tries. They’ve also made more clean breaks, 63, than any other side in the URC. However, they will be up against the top-rated defending side in the competition in the Ospreys.

Ospreys also top the leader board in the kicking stats; they have successfully kicked more penalties than any other team with 27 successful penalty goals. In fact, the team that comes nearest to that is the Cell C Sharks with 14 while Edinburgh have slotted 11 penalties so far this season.

Another interesting battle will be at scrum time. Edinburgh’s scrum success rate is 95% over 54 scrums, while the Ospreys trail slightly behind with 91% over 53 scrums. However, Ospreys are way out in front when it comes to penalties won from the scrum with 22; the team in second place is in fact Edinburgh with 13 scrum penalties so far this season.

PLAYERS ON THE ATTACK

On to individual stats, Stephen Myler is ranked #5 in the top 100 leading points scorer list with 51 points, while Edinburgh’s top points scorer is Blair Kinghorn in 8th place with 37 points (one place behind Ospreys’ Gareth Anscombe with 50 points). However, when it comes to leading try scorers, Edinburgh have two players in the top 5 with Darcy Graham and Ben Vellacott in joint 4th place with four tries each, and enter Rhys Webb, also in 4th place with four tries of his own. Saturday’s visitors also have four players in joint 12th place in Emiliano Boffelli, Ramiro Moyana Joya, Mark Bennett, and Stuart McInally all having crossed the whitewash thrice each.

So good to have fans back at @dam_health stadium to celebrate tries like this🧡 pic.twitter.com/qeBbajKlwL

Contributing to Ospreys’ stout defence, Rhys Davies and Will Griffiths both appear in the Top 5 tackles made list in 3rd (100 tackles) and 5th (92 tackles) respectively. Both Owen Watkin (9th place with 83 tackles) and Ethan Roots (12th place with 76 tackles) also appear on the list before an Edinburgh player features in Grant Gilchrist, who has made 71 tackles and earned a spot in 15th place. Of those named, Will Griffiths is also joint 1st in the tackle success stats with a 100% tackle success rate.

If it’s turnovers that turns you on, then you’ll love seeing Ospreys’ Morgan Morris in top spot for turnovers made with 10, while both Magnus Bradbury and Jamie Ritchie share 3rd place with 9 turnovers apiece.

🗣️ "We let ourselves down last week, we weren't proud of that performance wearing an Ospreys jersey so we knew we had to open up a performance for ourselves." pic.twitter.com/03TiwIfida

Don't forget, we have a special offer on for this weekend's clash with Edinburgh.