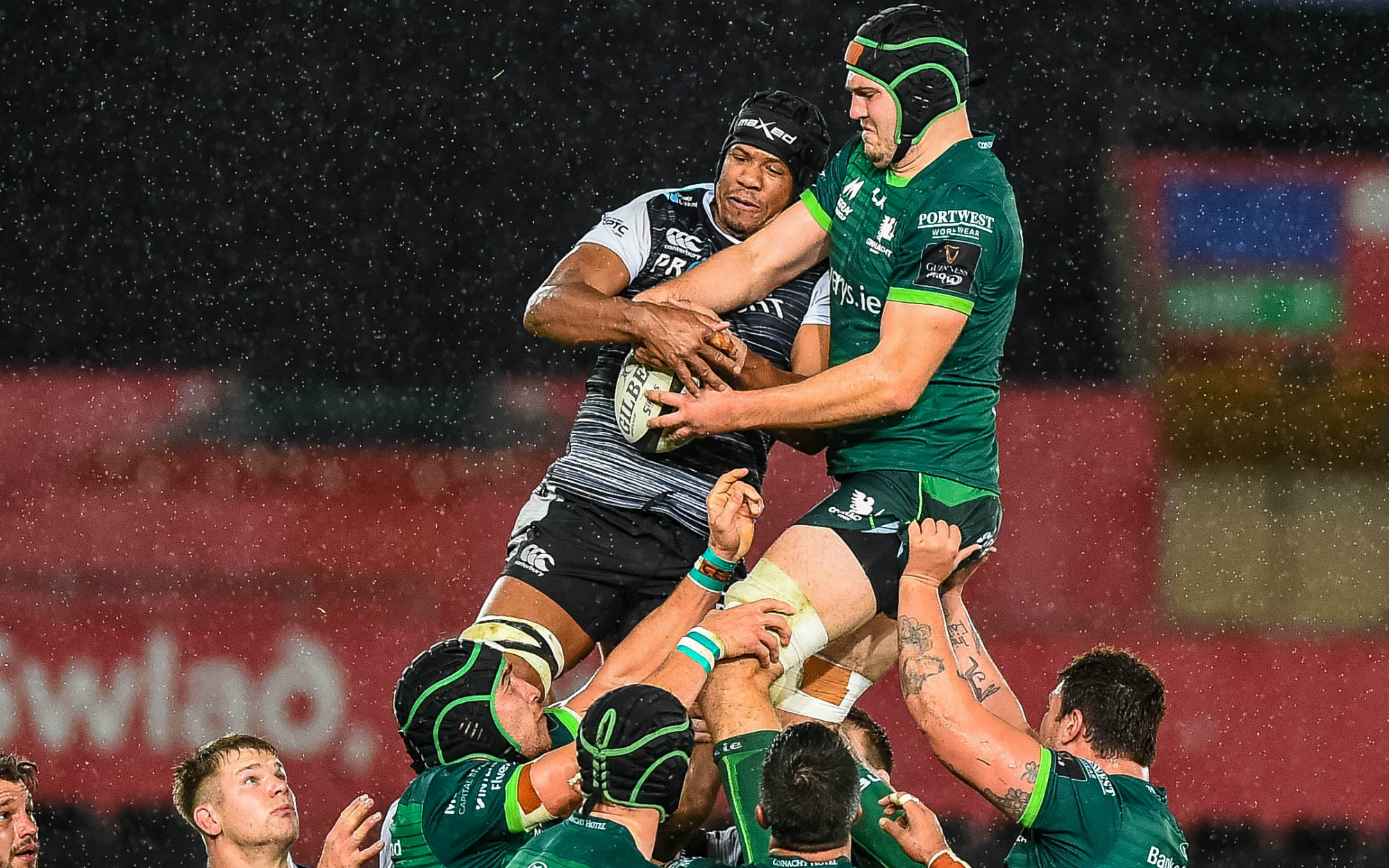 The rain had been relentlessly battering the Liberty Stadium all day, and it showed no signs of ceasing as kick off approached. Connacht headed into this fixture as Conference B leaders with 15 points from their opening four games of the competition.

The Ospreys, who's international contingent were yet to return from their World Cup exploits in Japan, had suffered three defeats on the road against three Irish provinces. However, they remained unbeaten at home having seen off Benetton two weeks earlier. Springbok Marvin Orie made his debut in the second row as the Ospreys celebrated their 500th game.

The first half belonged to Connacht, with Niyi Adeolokun touching down for Connacht's first try, shortly followed by Peter Robb. However, the Ospreys struck back early in the second half with Sam Parry charging his way over the whitewash, and Connacht were forced to kick for points. Unfortunately, Cai Evans' last minute shot at the posts couldn't secure the losing bonus point. The full report can be read below, or click here to check out match facts, stats, and more.

After just three minutes, Price drew first blood after Connacht were pinged for a breakdown infringement and gave the hosts an early 3-0 lead.

However, Connacht struck back barely a minute later as Adeolokun showed astonishing pace out wide, chipped the ball past Cai Evans, and dived onto the ball over the try line to claim the opening try of the game. Conor Fitzgerald added the extras and took Connacht further ahead, 3-7.

A series of penalties, stemming from the scrum, allowed Connacht to attack from just inside Ospreys' 22, and a mis-timed rip of the ball gave the attacking team an opportunity at goal. Fitzgerald made no mistakes and the visitors went into double figures at 3-10.

Connacht's Darragh Leader made another surging run deep into Ospreys half and was stopped just short of the try line. Lydiate was shown a yellow card for killing the ball and from the scrum a few moments later, Robb got his hands on the ball and crashed over the try line, between the posts. The resulting conversion was successful, and Connacht claimed a further seven points to make it 3-17 with a quarter of an hour to go.

The Ospreys' maul looked formidable, twice rumbling ten metres or more towards the Connacht line; but twice little errors robbed the Ospreys of an opportunity to strike. The first half came to its conclusion with Connacht ahead by two converted tries.

The second half got underway with James Hook on for Luke Price at outside half, and Morgan Morris on for Dan Baker; the rain was just as incessant and the night only getting colder. Klim made his Liberty Stadium debut just ten minutes later.

Fifteen minutes into the second half, Ospreys got a try on the scoresheet through hooker Sam Parry, benefiting from yet another monstrous rolling maul along the touchline. James Hook, from the touchline, slotted a magnificent conversion to close the hosts to just seven points, 10-17.

Ospreys' defensive line was caught creeping over the offside line, and Fitzgerald punished the hosts with a three pointer to extend the lead to ten points, 10-20.

Another penalty go against the Ospreys for going off their feet as they fiercely defended their try line; but they repel the ensuing assault and relieve pressure with a long clearance kick.

As the game drew to a close, the Ospreys were handed a lifeline to salvage a losing bonus point. Young Cai Evans stepped to the mark for what was without doubt the most difficult kick of the game. Evans's effort had plenty of power and only just strayed wide of the right hand upright. A difficult game in difficult conditions, but focus now turns to the challenge of the Southern Kings next Saturday.