The Ospreys welcome Benetton Rugby to the Liberty Stadium in Round 4 of the Guinness PRO14 on Saturday night. 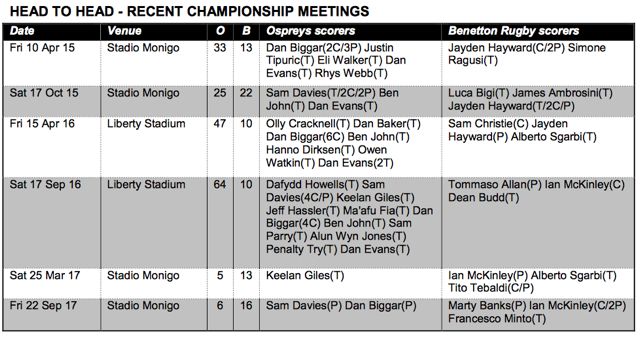 CLICK HERE TO BUY YOUR TICKETS FOR SATURDAY'S GAME NOW!