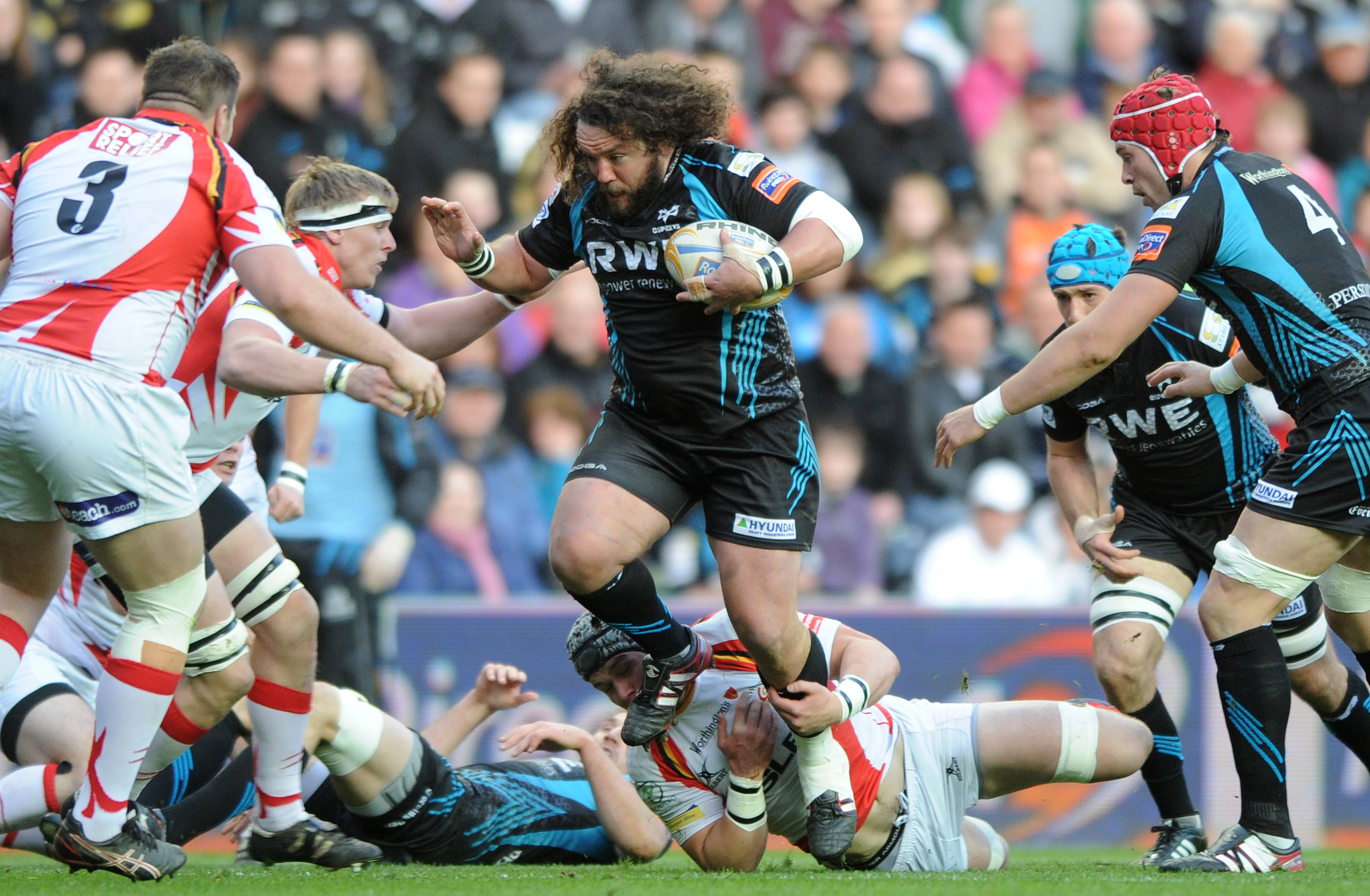 Time for round three of the Ospreys Ultimate XV. So let's take a look at the contenders in the running for the ultimate tighthead prop.

Having initially signed for the Ospreys as an unknown 23-year old to provide emergency injury cover across the front row during the 2012/13 season, Arhip was able to establish himself as a fans favourite at the Liberty Stadium. During his six years at the region, Arhip appeared 91 times for the Ospreys scoring on four occasions before moving on.

The Tongan-born tighthead Ma’afu Fia joined the Ospreys back in 2015 and has gone onto appear 83 times for the region. A grafter in the scrum, Fia has crossed the try line on six occasions and has recently signed a new two-year deal to stay at the Ospreys. Fia played for Tonga in the 2019 World Cup in Japan and played at the IRB Junior World Championship with New Zealand in 2009. He also played Super Rugby for the Highlanders in New Zealand between 2012 and 2015.

After joining the Ospreys in the Summer of 2018 from the Cheetahs, the South-African born Botha established himself as a popular and respected member of the Ospreys squad. He played 26 games in his first season at the Liberty Stadium, more than any other player. After stints plying his trade in South Africa and France, Botha has earned a reputation for being a destructive scrummager and has recently signed a new two-year contract to remain with the Ospreys.

Made his debut back in September 2011 at the Liberty Stadium against Edinburgh. Jarvis made his International debut a year later against Argentina in the Autumn Internationals and has 18 International caps under his belt. The tighthead made 91 appearances in an Ospreys jersey before moving to French side Clermont after four seasons at the region. Jarvis just missed out on lifting the Champions Cup trophy with his new side, after the French outfit were defeated by Saracens in the final.

Part of the first ever Ospreys team to take to the field back in September 2003, Adam Jones spent 11 years of his playing career at the region pulling on the jersey 195 times. Capped for Wales 95 times, Bomb won three Grand Slams with his country and toured with the British and Irish Lions in 2013 and 2009. One half of the Hair-Bears alongside Duncan Jones, Adam Jones started his career with Neath RFC where he made 40 appearances for the Welsh All-Blacks.