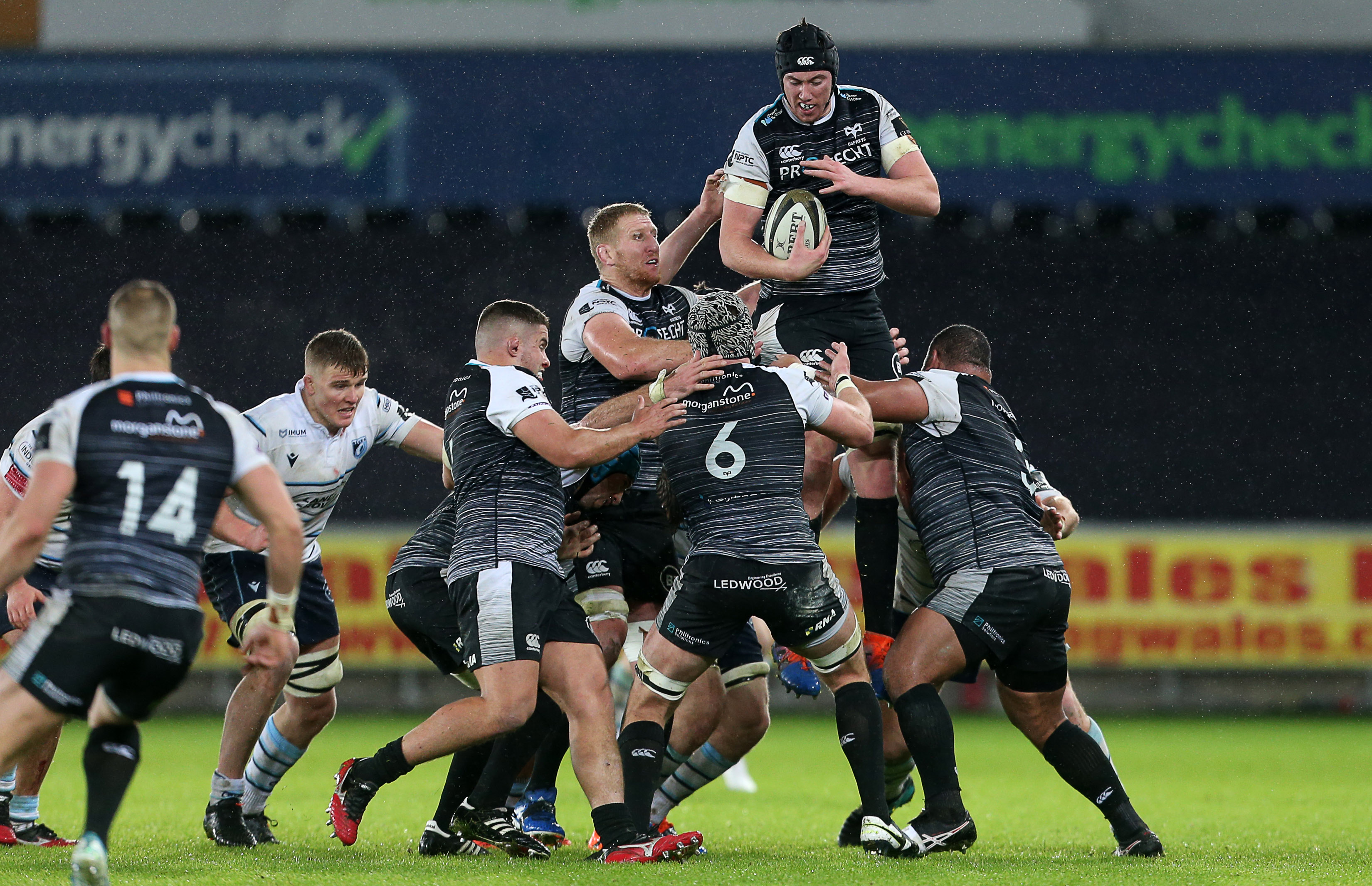 Ashley came through the development pathway via Bridgend Athletic, his leadership skills seeing him captaining Bridgend College, the Ospreys and Wales at age-grade level, before taking the armband at Bridgend Ravens in the Premiership and then, eventually leading the senior Ospreys team on multiple occasions. His regional debut was against Exeter Chiefs in the LV Cup in November 2011, since when he has clocked up 137 appearances for the region, reaching his century at Allianz Park against Saracens in the Champions Cup in October 2017.

Beard also graduated through the development pathway, representing the Ospreys and Wales at age-grade level as well as Aberavon in the Premiership before making his regional debut a fortnight after his 18th birthday, coming off the bench for an LV= Cup tie away to Exeter Chiefs. Since then he has made 70 appearances for the region. Beard earned his first cap for Wales in the Summer of 2017 against Samoa in the summer before he featured at Principality Stadium against Georgia in November. He’s gone onto earn 21 caps for his country.

Davies made his Ospreys debut in 2016 after arriving from Wasps, he’s gone on to feature 56 times for the region. Davies is a highly respected senior professional at the Ospreys and recently signed a new two-year contract to stay at the region. He has played 56 games and scored two tries for the Ospreys and represented Wales at all age group levels, captaining the Wales U20s when they won the Grand Slam in 2005. Davies has experience of playing in the English Premiership and the Guinness Pro14 and was part of the Wales squad that reached the semi-finals of the World Cup in Japan and has 66 caps to his name.

Gough has proven to be one of rugby’s stalwarts during a lengthy career that began back in the 1990s. Having made 119 appearances for the Ospreys since signing in the summer of 2007, with his 92 games for the Dragons prior to that he has made a total of 211 regional rugby appearances since 2003. In total, he has made 480 first class appearances throughout his career, including 139 for Newport RFC, 57 for Pontypridd, 64 for Wales and a further nine with Wales A and in uncapped Wales matches.

After joining Swansea RFC in 2004, Evans progressed through the ranks and made his Ospreys debut against Munster back in September 2005. He went onto make 129 appearances for the region. Evans was a talisman for Wales during his 33-cap Test career, winning 13 out of his 14 games in the Six Nations as he featured in three title winning campaign in 2008, 2012 and 2013. He was selected for the 2013 British and Irish Lions tour to Australia.

Wales international Brent Cockbain joined the Ospreys at the start of the 2004/2005 season and has turned out 55 times for the region. In the 2004–05 season he helped the Ospreys win the Celtic League and Wales win the Grand Slam, scoring his first and only international try against Italy. He was flown out to join the 2005 British and Irish Lions tour to New Zealand as a late replacement.

Before being forced to retire due to injury, Bateman had been with the region since its inception in 2003, having previously played for Neath. He made 79 appearances for the Ospreys, scoring two tries, helping steer the region to two Celtic League titles and their 2006 win over Australia. His final appearance for the Liberty Stadium side was against Munster in January 2009.

Another Osprey original, Newman was part of the first Ospreys squad in 2003. Before moving to the Ospreys, he started playing Northampton Saints and won the Heineken Cup with them in 2000. Moving to Wales he went on to make 75 appearances for the region scoring 6 tries and winning the Celtic League with the Ospreys. Newman also played for Neath and Swansea and was capped by Wales U21 and at “A” grade.