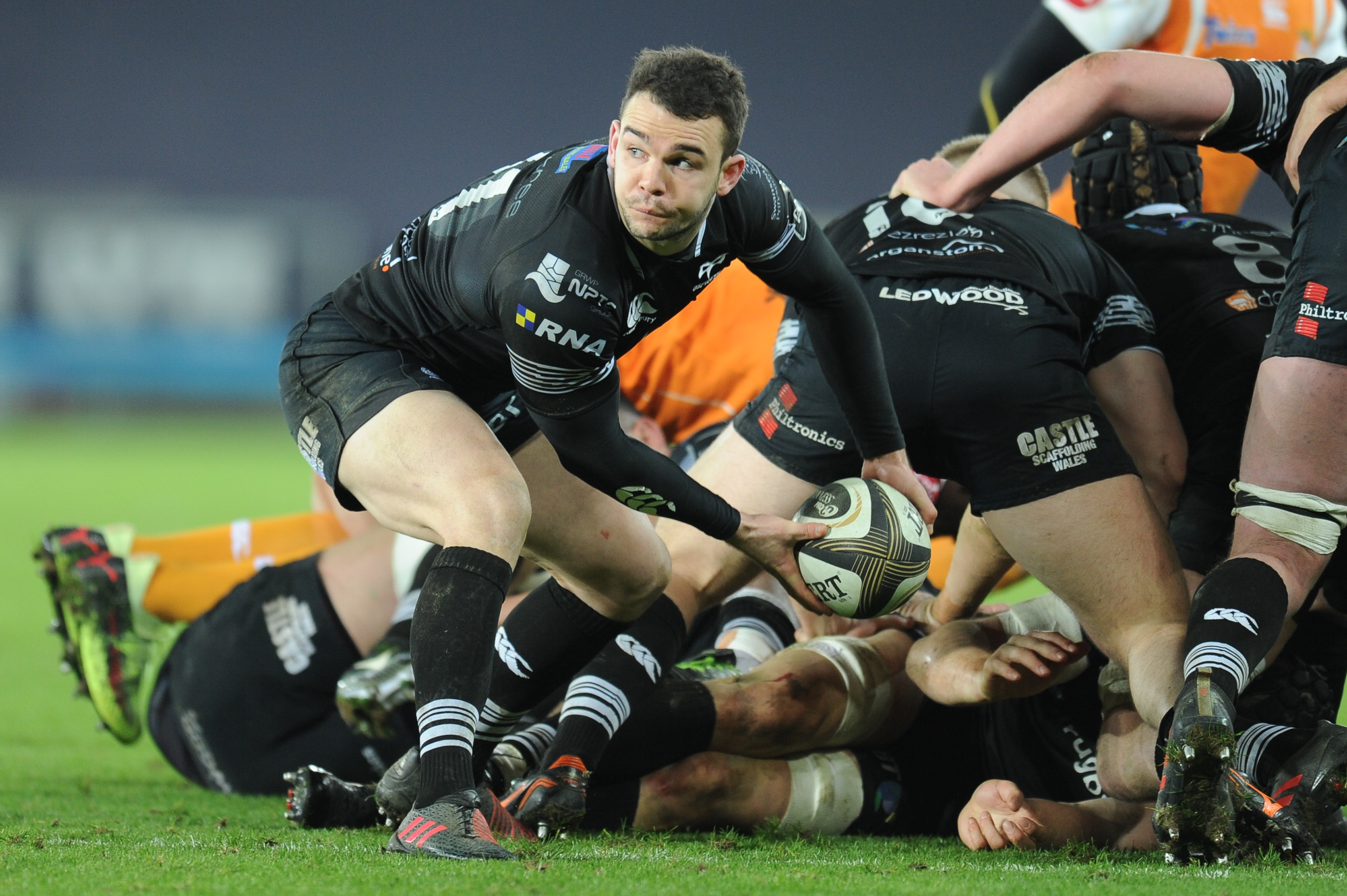 We've completed the forwards in our Ultimate XV and now we turn our attentions to the backs. First up it's the scrumhalves.

Here's a rundown of today's contenders.

Bridgend-born Webb spent a decade with the Ospreys before moving to Toulon in 2017. He won the Reebok Regional Championship trophy with the Ospreys U18s during the 2005--2006 season. He was part of the Ospreys squad that won the PRO12 title back in 2012. Part of the Wales squad that won the 2009 World Cup Sevens in Dubai. He made his full international debut for Wales against Italy on 10 March 2012 as a replacement and has 33 Welsh caps. He played for the British and Irish Lions as a replacement in two Tests against New Zealand in 2017. Webb will return to the Ospreys next season.

Capped by Wales at U20s and Sevens, Habberfield came through the regional development pathway via Bridgend Athletic, Bridgend Ravens and the Ospreys age-grade set-up. He made his Ospreys debut as a replacement in an LV= Cup encounter with Exeter in October 2011. The loyal scrumhalf spent close to 10 years with the region making 135 appearances in an Ospreys jersey crossing the whitewash on 9 occasions. Co-founder of the Bridgend massive, Habberfield captained the Ospreys 14 times before moving on at the end of last season.

Phillips spent four years at the Liberty Stadium after making his debut against Edinburgh back in October 2007. During which time he made 60 appearances and scored five tries for the region. Phillips represented Wales at U21 level and made his senior debut against Romania in 2003, marking his first cap with a try. Phillips went onto gain 94 caps with Wales and travelled with the British and Irish Lions side in 2009 and 2013 playing in 5 tests. Phillips was part of the Ospreys side who won the 2009/10 Magners League final.

All Blacks Scrum- half Justin Marshall joined the Ospreys in 2006 and spent two season with the region. During his time here he made 49 appearances and scored 10 tries.  In 1997 Marshall was made captain of New Zealand and led out his team in four tests becoming the All Blacks' 54th test captain. Marshall has 81 caps for the All-Blacks.

New-Zealand born Kahn Fotuali’I joined the Ospreys for two seasons at the start of the 2011/12 campaign. He made 47 appearances, scoring six tries and one drop-goal for the Ospreys. Kahn was part of the squad who lifted the PRO12 trophy in 2012 out in Dublin. In 2010 Fotuali'i chose to represent Samoa for their 2010 end-of-year tour. He made his debut for them against Japan where he scored Samoa's only try to win the game 13-10 and was man of the match.

New Zealand scrum-half Jason Spice joined the Ospreys back in 2004 and spent three seasons with the region. During which he made 78 appearances and scored 12 tries before moving onto play for Cardiff Blues. He was part of the Ospreys squad who clinched the Magners League trophy in 2007. Before coming to Wales, Spice played six games for the Blues in 1998 before transferring to Wellington, where he played 61 games for the province and 66 for the Hurricanes Super Rugby franchise.