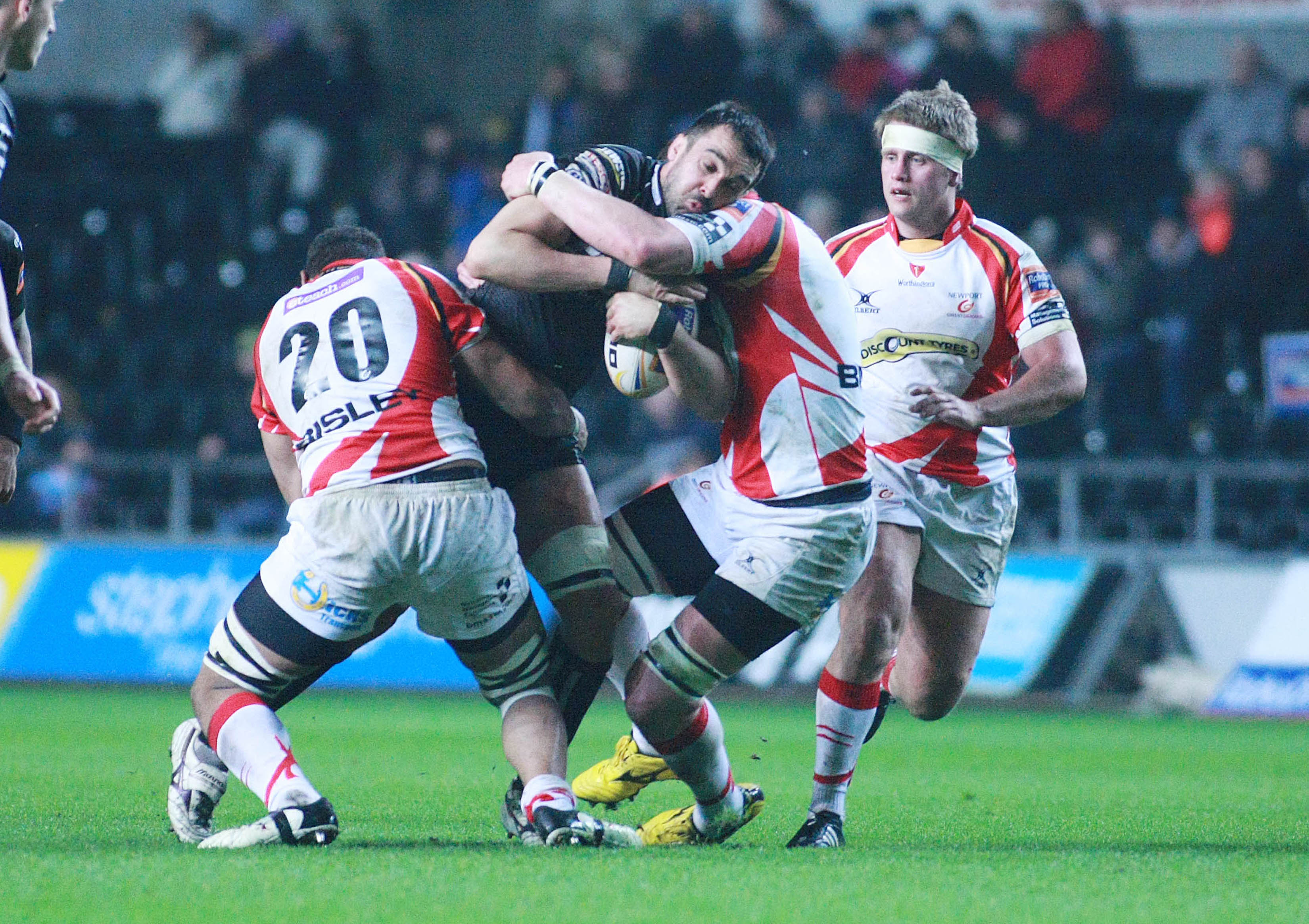 We're continuing the hunt for the Ultimate Ospreys XV and it's that last of the forwards votes today. So who would you vote for the ultimate number 8 in your Ospreys XV?

Swansea RFCs Jonathan Thomas rose to attention as a teenager, captaining the All Whites at the age of just 19. Thomas was part of the inaugural Ospreys squad in 2003 making his debut against Leinster that November, and just two months later captained the region for the first time, in a Heineken Cup tie against Edinburgh, less than four weeks after his 21st birthday making him the youngest ever Osprey captain. During his 10 years at the region, Thomas reached 188 appearances for the side and notched up 14 tries. Thomas played for Wales at Under 16, Youth, Under 19, Under 21 and Sevens level and made his senior debut in 2003. He played at the Rugby World Cup in 2003 and 2007 and won the Grand Slam with Wales in 2005 and 2008. He has 67 caps to his name.

Baker came through the ranks within the region, first representing his community club Ystradgynlais RFC, before entering the Ospreys age-grade system. Moving into the Premiership as an 18-year old, he has played 46 times for Swansea, scoring 14 tries. His regional debut came in January 2013, against the Dragons in the LV= Cup. He has gone onto appear 94 times for the region. A Wales age-grade cap, Baker featured in the historic 9-6 win over New Zealand U20 in the 2012 Junior World Championships as the Welsh youngsters progressed to the semi-final. Having made a big impression on the national coaching team, he received his first call-up to the senior Wales set-up in 2013 where he has 3 caps to his name.

Versatile King is one member of an exclusive club of just six to have hit the impressive 200 appearances. He completed his double century less than 10 years after making his debut in October 2008, as a replacement in a 9-all draw with Glasgow at the Liberty Stadium while still a teenager, only Biggar doing so in a shorter timescale. A PRO12 champion in 2012, King also has 48 appearances for Aberavon and 11 Welsh caps. The Australian born former Mold RFC youngster has scored 7 times for the region. King firmly established himself as frontline player and has averaged 23 games a season up until the end of last year.

The Cornishman spent six seasons at the Liberty Stadium making 101 appearances in the jersey and scoring four tries after joining from the Dragons. He made his debut for the region coming off the bench in a 32-14 win over Ulster in September 2011, with his first start two weeks later as the Ospreys defeated Munster 17-13. Bearman was part of the side that clinched the PRO12 title back in 2012.

First arriving at the region in the summer of 2006 from Japan, former Hurricanes back-rower Tiatia established himself as a true Ospreys legend, racking up 99 appearances for the region in just four years. He scored 10 tries in that time. An integral part of the Ospreys environment, he helped the region to the 2007 Magners League title, and to two EDF Energy Cup final's against Leicester Tigers at Twickenham, winning the second of those in 2008. He also featured in the historic win over Australia at the Liberty Stadium in 2006. His 99th game in an Ospreys jersey came in the PRO12 final victory over Leinster in 2012.

Canadian backrower Tyler Ardron signed for the Ospreys in the summer of 2013, making his debut off the bench in a 29-29 draw in Dublin against Leinster that September. He quickly established himself as a key member of the squad, making 45 appearances across his first two seasons and being named Players’ Player of the Year for 2014/15. During his itme in an Ospreys jersey, Ardron made 64 appearances scoring 7 tries. Ardron has captained his national side Canada at the 2013 and 2019 Rugby World Cup and has 37 caps.