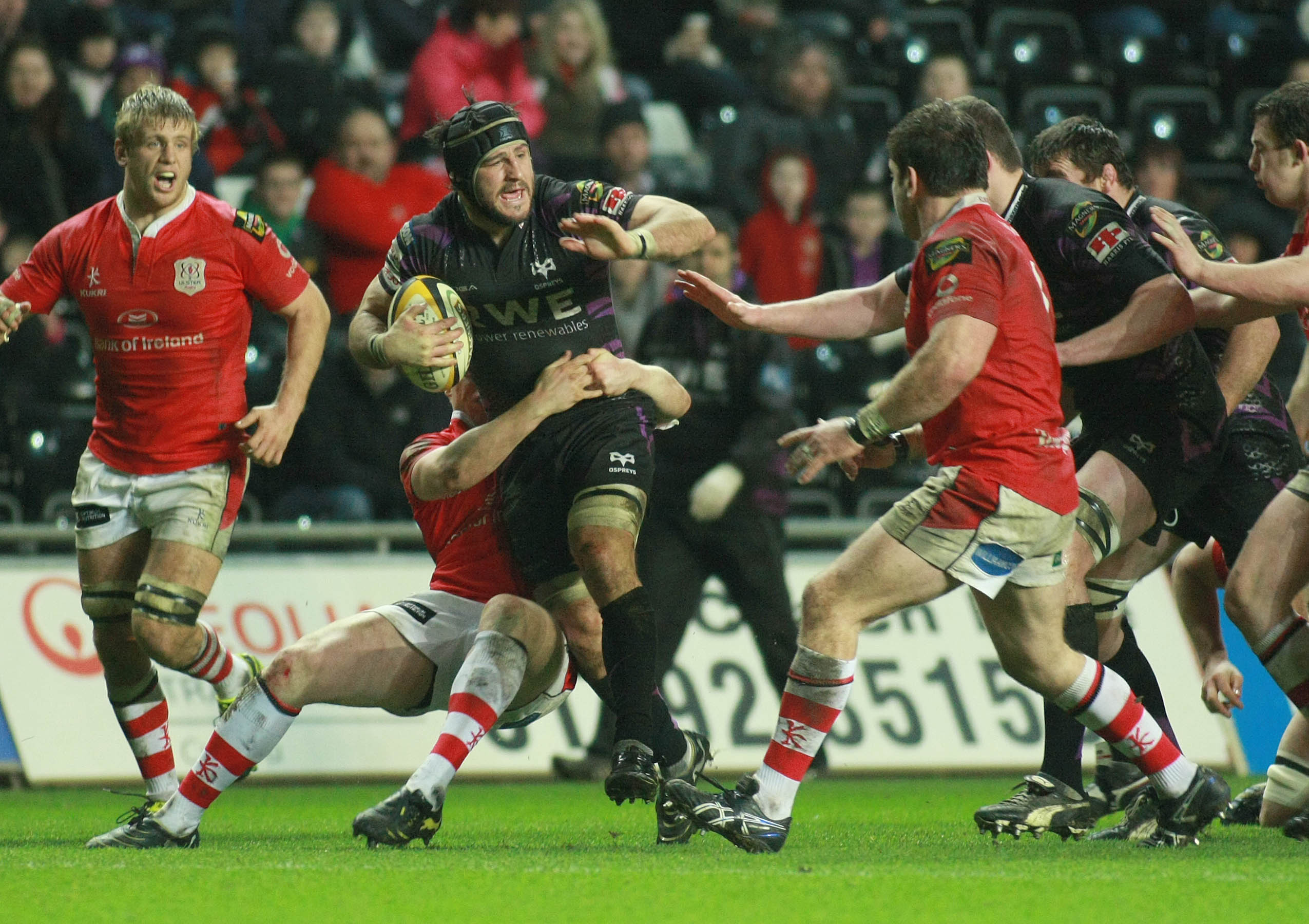 Next up in the battle of the backrow, we’re moving to the openside flanker jersey. Take a look at today’s contenders for the number 7 strip.

After joining the Ospreys back in 2015, England international Underhill went onto feature 37 times for the region. He made his debut in September 2015 against Ulster at the Liberty Stadium. The former England U18 captain returned home to play for Bath at the start of the 2017/18 season after expressing a deep desire to play for his country. He was called up to the senior England squad by Eddie Jones for their 2017 summer tour of Argentina and played as part of the 2018 Six Nations squad. Underhill was one of the stars of the semi-final victory over New Zealand, helping England to reach their first World Cup final since 2007

Tips currently sits on 176 matches for the Ospreys, having made his debut for the region off the bench back in November 2011 against Northampton Saints. During his time in an Ospreys jersey, the flanker has soared over the whitewash an impressive 30 times, seeing him sitting in 7th place on the all-time top try scorer list. In fact, he is the only forward listed in the top ten. The talismanic openside represented Wales in the Gold Coast 2018 Commonwealth Games in the rugby sevens event, adding to his sevens experience after playing for Wales Sevens just a year before making his full Wales debut off the bench against Argentina in 2011. Capped 75 times by Wales, the triple Six Nations and double Grand Slam champion openside from Trebanos has also been on the last two British & Irish Lions tours to Australia and New Zealand.

After making his debut back in November 2007 for the region, Holah went onto feature 93 times during his four seasons with the Ospreys scoring 2 tries. In the 2009/10 season he was named Ospreys' Coaches Player of the Year. He returned home to play for Waikato after the 2010/11 season. Holah was the 999th player to represent New Zealand when he made his debut against Samoa at Albany in 2001 and has 36 caps under his belt.

Capped at all levels for Wales, Pugh enjoyed four seasons with the Wales Sevens side where he was part of the 2009 team who won the Melrose Cup at the Rugby World Cup Sevens. Before an illustrious International career, Pugh spent five years at the Ospreys after signing as a youth. Making 78 appearances for the region, the flanker was part of the team that lifted the Celtic League trophy in 2005 and again in the 2007 Magners League. Pugh was part of the first Ospreys team to take to the field back in September 2003 against Ulster at the Gnoll.