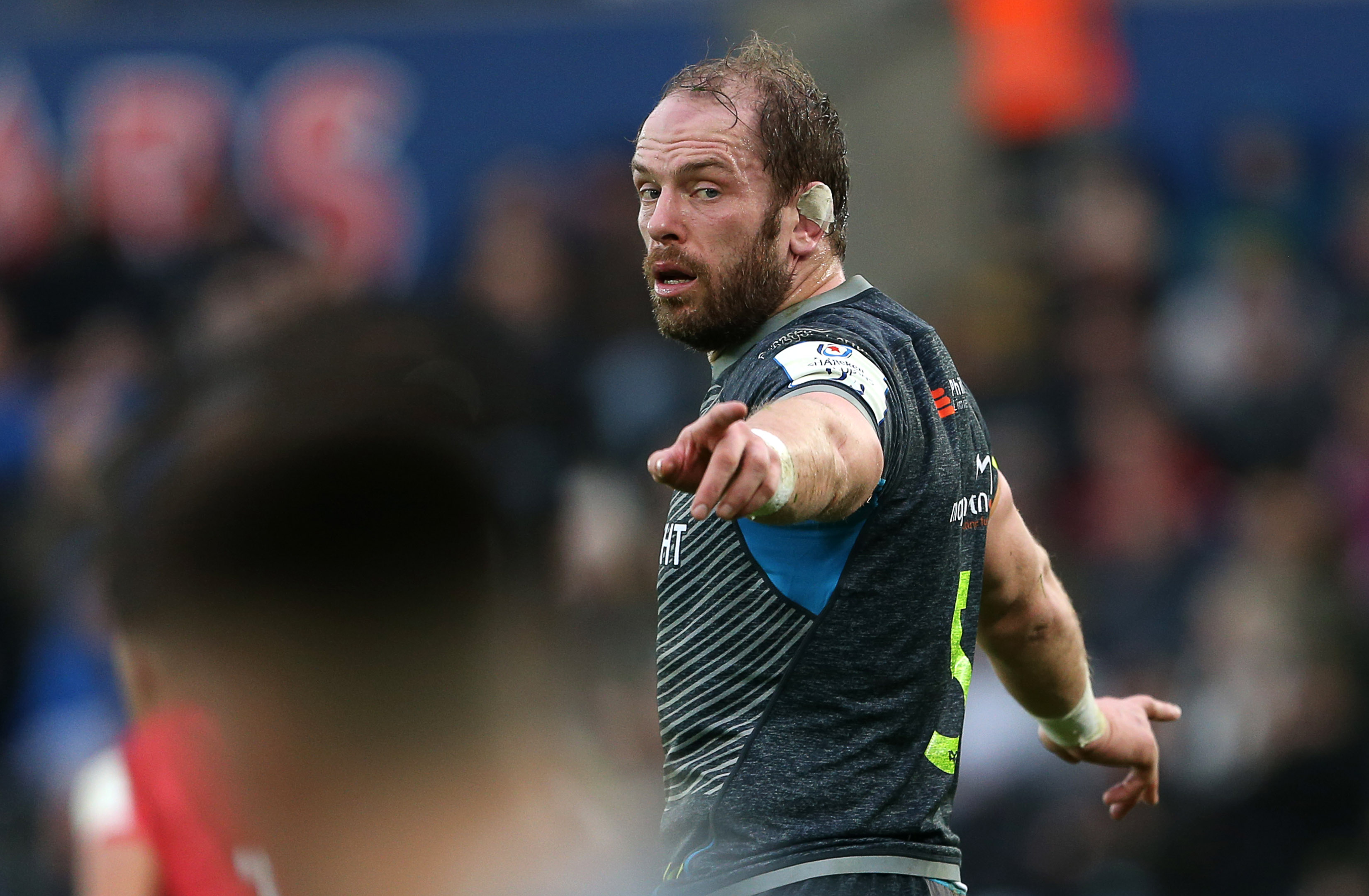 We’ve mixed things up a bit for today’s #UltimateXV vote. Before we had even kicked off the Dream Team, we were inundated with comments calling for one man to be included without even putting it to a vote.

After an internal discussion, we figured only one man, one Ospreys legend, could be voted as the Ultimate number 5 in the Ospreys dream team. Of course, that man is Alun Wyn Jones.

We’ve taken the opportunity to take an in-depth look at the man and pit him up against his fiercest rival… himself.

Take a look back through the years of Alun Wyn Jones.

Jones made his debut for his region off the bench against Leinster in September 2005, in which the Ospreys’ won 22-20 at the Liberty Stadium. Having learned his trade at Bishop Gore School, Llandovery College and Bonymaen RFC, Jones played for Swansea RFC while in the Ospreys Academy.

He went on to represent Wales at Under-18 and Under-21 and made his senior debut as a flanker against Argentina in Puerto Madryn in June 2006. He unsurprisingly kept his place for the second Test against the Pumas the following week. He made his Six Nations debut in February the following year, lining up against Ireland, this time in the second row; the position where he would establish himself as one of the game's greatest ever. Jones played his part in Wales’ 2008 Grand Slam and the following year he became Wales' 129th captain when he led the side against Italy in the 2009 Six Nations.

That year he became a British and Irish Lions and toured with them to South African where he appeared in all three Tests against the Springboks.

During his leadership of the national side, Wales went on to win the Grand Slam in 2012 and the Six Nations title in 2013. He was, unsurprisingly, selected once more for the British and Irish Lions squad that travelled to Australia in 2013. Jones was handed the armband for the decisive third Test after Wales team-mate Sam Warburton suffered an injury in the second test. Jones captained the tourists to a 41-16 win in Sydney to seal a first series win in 16 years.

The lock was named for the third time in 2017, this time traveling to New Zealand. The side drew the series with the All Blacks but Jones became the first player in the professional era to play in nine consecutive British and Irish Lions Tests.

After leading out the Ospreys a record 115 times, more than double the number of any other Ospreys captain, Jones passed the torch on to Justin Tipuric.

However, the Wales captain led his country to another Six Nations Grand Slam in 2019 and was named player of the tournament for his performances and leadership qualities. That same year, Jones was given the honorary freedom of his home city of Swansea, the first person to do so in its 50th anniversary year.

Jones led Wales to a fourth-place finish at the Rugby World Cup in Japan, narrowly being beaten by the eventual champions the Springboks, and was shortlisted for World Rugby’s Player of the Year accolade.

On the 29th of September 2019, in that Rugby World Cup game against Australia, he became Wales' most-capped player of all time, overtaking the record of 129 caps held by Gethin Jenkins. He also made the most tackles of any player in the tournament in Japan with a staggering 79 successful tackles. After returning from Japan, Alun Wyn Jones was named BBC Wales Sports Personality of the Year and nominated for BBC’s Sports Personality of the Year.

Jones was set to make his 139th appearance for Wales against Scotland before the postponement of the Guinness Six Nations fixture. Along with his nine international British & Irish Lions caps, he is one cap away from making his 148th test appearance and equalling the record held by All Blacks legend Richie McCaw. Alun Wyn Jones holds three Guinness Six Nations grand slams, four championship winners’ medals and a British and Irish Lions series victory. And there’s still more to come from the Osprey…

So if you had to pick your favourite years from the esteemed career of Alun Wyn, which would you pick?