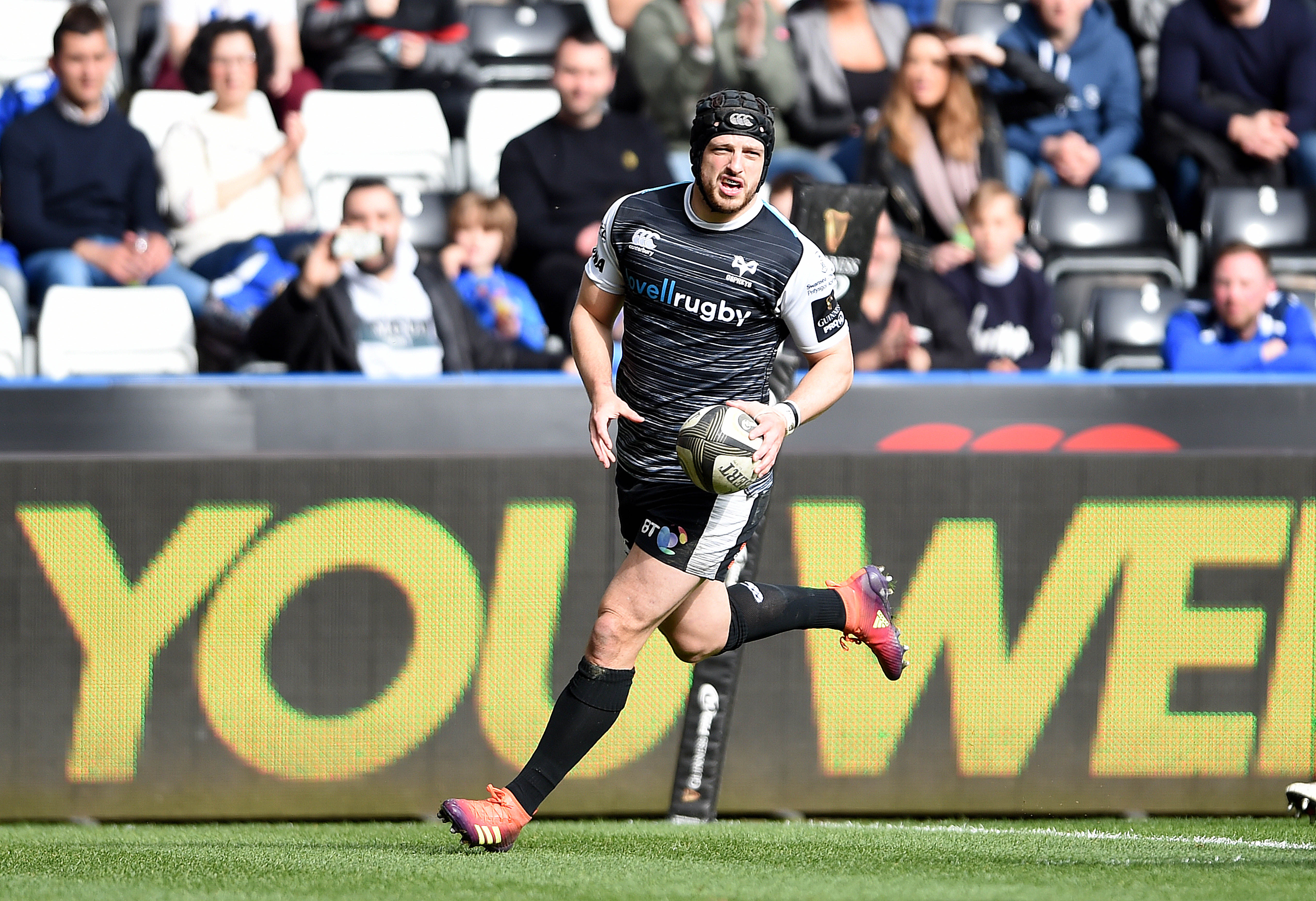 We have one place left in our #UltimateXV, so who will you vote into your Ospreys Dream team for the fullback position.

Stefan joined the Ospreys during our first season in December 2003 after earning 37 South African caps. He played 86 times for the Ospreys and scored 16 tries, one penalty and a drop goal. During his time in an Ospreys jersey, Terblanche was part of the starting line-up that defeated Australia in 2006 and lifted the Celtic league trophies with the region on two occasions.

Evans rewrote the history books, becoming the first Osprey to ever score four tries in a Celtic League fixture. Evans has been a constant in the Ospreys line-up since arriving at the Liberty Stadium in the summer of 2014, racking up a host of impressive records along the way. Making his debut in a 44-13 win over Benetton on the opening day of the 14/15 campaign, an astonishing run of games saw him race to the quickest century of appearances in the region’s history, taking just three years, three months and four days to hit 100, a full four months quicker than the previous fastest. He set the Championship all-time record for consecutive appearances, his tally of 87 an incredible 26 ahead of Ian Keatley’s previous competition record of 61 PRO12 appearances on the bounce. The only player to have made 30 competitive appearances in a single season for the Ospreys, when he played 31 times in 2016/17. Dan currently sits in 2nd place on the region’s all-time try-scorer list on 47 tries with only Shane Williams ahead of him. He has 240 points under his belt from 141 games. Dan also has two International caps for Wales.

Fussell signed for the Ospreys from Newport Gwent Dragons. Hailing from Merthyr, Fussell arrived in Ospreylia with a reputation as a quality finisher having scored 23 tries in 78 appearances for the Dragons. He scored a try on his Ospreys debut, a defeat to Ulster on the opening day of the 2010/11 season and finished that season as the region’s top try scorer with nine. Since then he successfully converted to full back, growing ever more influential in the Ospreys shirt. Fussell went onto feature 113 times for the region, crossing the whitewash on 18 occasions, he was also part of the squad that lifted the 2011/12 Celtic League trophy.

After signing from the Scarlets in April 2006, Pencoed product Lee Byrne went onto feature 92 times for the Ospreys helping himself to 27 tries, two conversions and two penalties, including a crucial score in the vital win out in Bourgoin that secured a first ever Heineken Cup quarter-final spot for the region in 2008. He made 46 appearances for Wales after making his debut against the All Blacks in November 2005. He played a pivotal role in Wales’ Grand Slam success in 2008. In 2009, Byrne was selected as part of the British and Irish Lions squad who travelled to South Africa where he made 1 test appearance. Byrne was also part of the Ospreys squad who won the EDF Energy Cup Final in 2008 and the Magners League trophy in 2009/10.