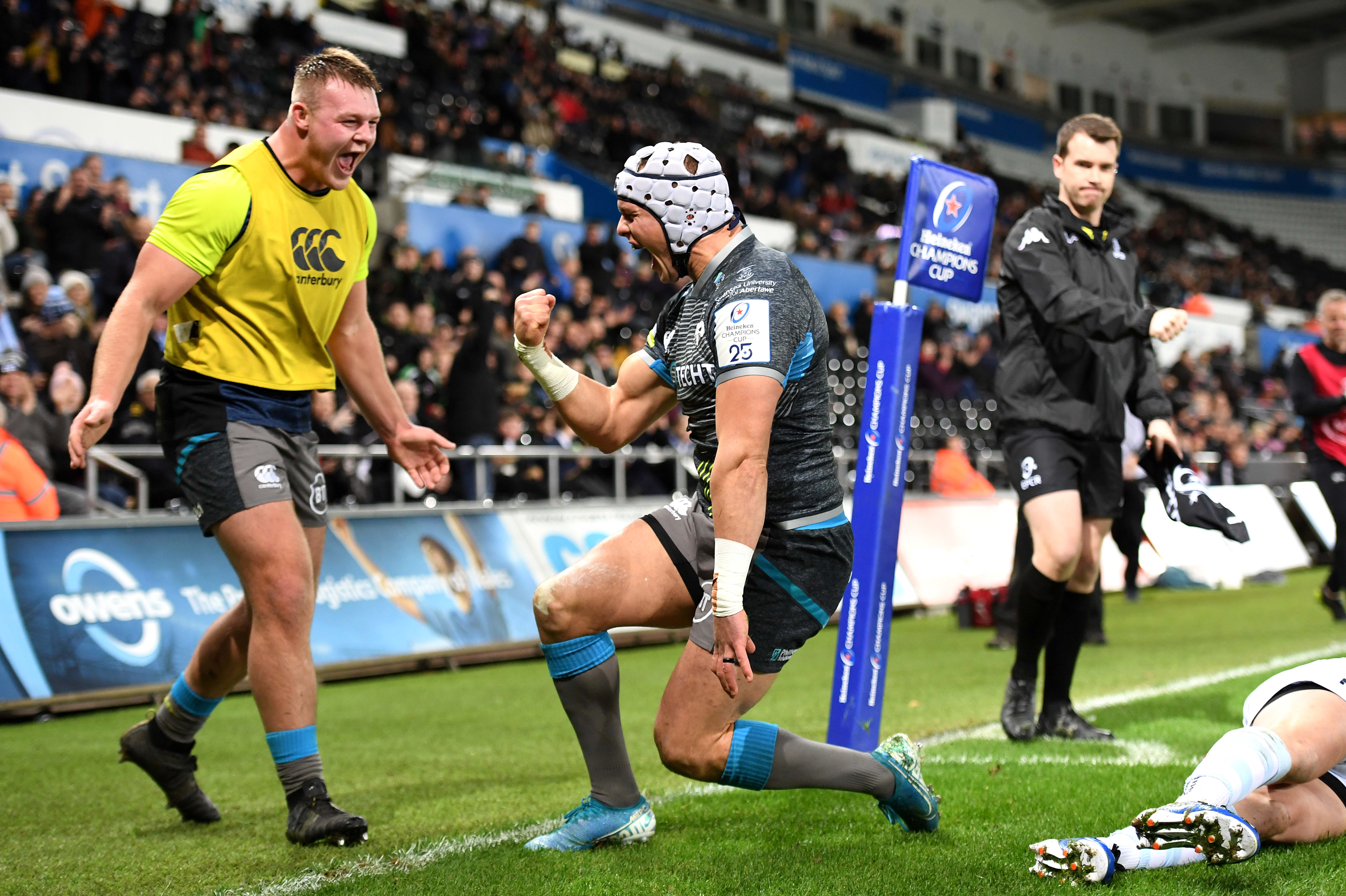 You've already voted for Shane Williams for the number 11 jersey in our Ultimate XV, but who will you vote for as your ultimate right wing?

Eli Walker came through the ranks of the regional development pathway after starting out at Gorseinon RFC, and played age-grade rugby for the Eyasses before making his senior debut as an 18-year old, coming off the bench in a Liberty Stadium win over Aironi in September 2010. He featured nine times in the PRO12 during the 2011/12 title winning season and in total made 81 appearances for the Ospreys, scoring 23 tries. He also played 29 times for Swansea, scoring 13 tries. Capped by Wales across all the age-grades and named in several senior Wales squads, his one cap came against Ireland in August 2015. His last appearance for the Ospreys was in a 31-7 win against the Blues at Cardiff Arms Park at the end of 2016.

South African born Dirksen has been in the region since 2009, arriving here from his home town of Krugersdorp as an 18-year old, via Tennessee, USA, and Truro, Cornwall. He made his Ospreys debut as a teenager in a LV= Cup defeat in November 2009. His only other appearance that season, against Leeds at the Liberty Stadium, saw him mark his first start with his first try. Armed with his first pro contract, signed at the start of 2011, Dirksen established himself in the senior squad during 2011/12, scoring eight tries in 25 games as he played a big part in the region’s fourth league title success. A fan’s favourite due to his physicality and eye for the try-line, he made his 150th appearance for the region last month against Ulster at the Liberty Stadium. He currently sits third on the all-time try-scorer list for the Ospreys on 40, with just Dan Evans and Shane Williams ahead.

During his time with the Ospreys, Walker won two Celtic League titles as well as appearing at consecutive EDF Energy Cup Finals against Leicester Tigers at Twickenham, and featuring in the historic win over Australia. Walker joined the Ospreys from Borders in the summer of 2006 where he went on to make 103 appearances for the region. He currently sits in fifth place on the region’s all-time try-scorer list on 37 tries. The Scottish wing has 24 caps for his country.

Bowe joined the Ospreys from Ulster in the summer of 2008 and made 77 appearances for the region, scoring 36 tries - one of which came in the 2010 Magners League Grand Final as the Ospreys secured the title with a 17-12 win over Leinster at a packed RDS Showground in Dublin. His try tally sees him sit in sixth place on the region’s all-time try scorer list.  He enjoyed a hugely successful summer tour with the British & Irish Lions to South Africa in 2009, starting all three tests and scoring four tries during the tour. He toured with the side again in 2013. Bowe was named RBS Player of the Championship for the 2010 RBS 6 Nations and featured in the green of Ireland 69 times scoring 150 points.