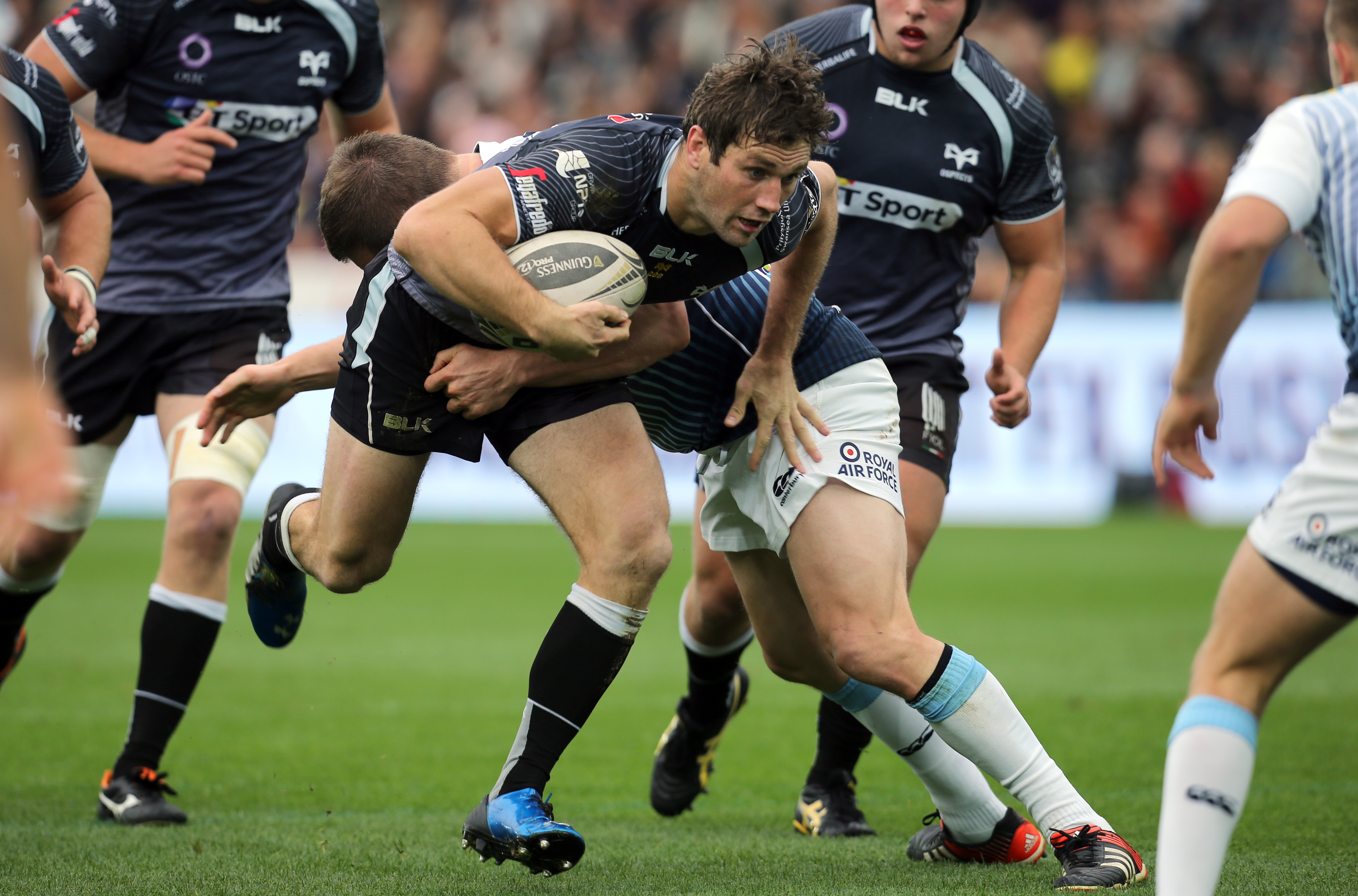 Next up in our Ultimate XV is the outside centre position. Here's a look at today's contenders for the number 13 shirt.

Capped by Wales at U18 and U20 level, the former Cardiff Blues man made a huge impression on the sevens circuit and claimed a HSBC Sevens World Series Fans’ Favourite Try of the Year award for his solo effort in the final of the Hong Kong Sevens against Fiji. Allen has six full Wales caps after making his full international debut versus Argentina on 16 Nov 2013. He won the Guinness man of the match award on his debut at the Liberty stadium on the opening day of the 17/18 season, a 22-13 win over Zebre. He has nine tries from 34 appearances to date.

The Welsh international, who appeared for Wales in the 2019 World Cup in Japan, is a product of the Ospreys region, having played for Bryncethin, Bridgend Ravens before graduating from the Ospreys Academy. Watkin made his Ospreys debut in 2015 at the age of 18 years, 11 months and one day old, and recently made his 50th appearance for the Ospreys against Ulster at the Liberty Stadium back in February of this year. The 22-times capped Welsh international has become a mainstay of the Wales squad in recent seasons and is highly regarded within the Ospreys set-up and recently put pen to paper to extend his stay at the region.

Ashley Beck made his debut for his home region in November 2007, when he came off the bench against Leinster at the Liberty Stadium. He became the youngest ever Osprey, a record he still holds, when he came on as a late second half replacement at the Liberty against Leinster in November 2007 still five months shy of his 18th birthday, going up against Brian O’Driscoll in midfield. A product of the region’s player development pathway, Beck progressed all the way through the ranks from junior rugby at Skewen and Tonmawr, through to the Ospreys age-grade teams, before representing Aberavon in the Principality Premiership, scoring 26 tries in 68 games for the Wizards. Before moving on, Beck made 137 appearances for the Ospreys scoring 30 tries.

Capped by Wales at age-grade level, Spratt came through the development pathway at the Ospreys, via Neath Athletic and then the Welsh Premiership with Neath, before securing his first regional contract in 2007, after his debut in Ireland. Having impressed during a loan spell in the Air New Zealand Cup with Taranaki in the summer of 2008, Spratt gained the first of his four Wales caps the following year, against Canada in Toronto. After 23 regional appearances, he spent 2011/12 with London Irish in the Aviva Premiership, playing 11 times for the Exiles, before returning to his home region a year later. He made 102 appearances in an Ospreys jersey, scored 10 tries and captained the team on 12 occasions.

Having made his debut for the Ospreys against Borders as a 19-year old back in February 2005, Bishop established himself as an almost constant fixture in the Ospreys team, playing a big part in four league wins and touching down at Twickenham to help the Ospreys secure the EDF Energy Cup with victory over Leicester Tigers in 2008. He played in both the PRO12 Final wins over Leinster in Dublin, in 2010 and 2012 and became the ninth player to reach 100 Ospreys caps. He made his 200th appearance on the opening day of the 2014/15 season, against Treviso at the Liberty. He scored 10 tries for the Ospreys, with his final appearance coming off the bench in a 31-20 win over Ulster at the Liberty Stadium last December. In addition, Bishop was capped at all age-grade levels by Wales before winning his first senior cap on the South Africa tour of 2008. In total, he played 16 times for his country, his final appearance coming against the Barbarians in 2012.